The University of Hawaiʻi at Mānoa’s Hawaiʻi Space Exploration Analog and Simulation (HI-SEAS) Mission VI began when four crewmembers entered the geodesic dome habitat, where they will remain under isolated and confined conditions designed “to be similar to those of a planetary surface exploration mission.” 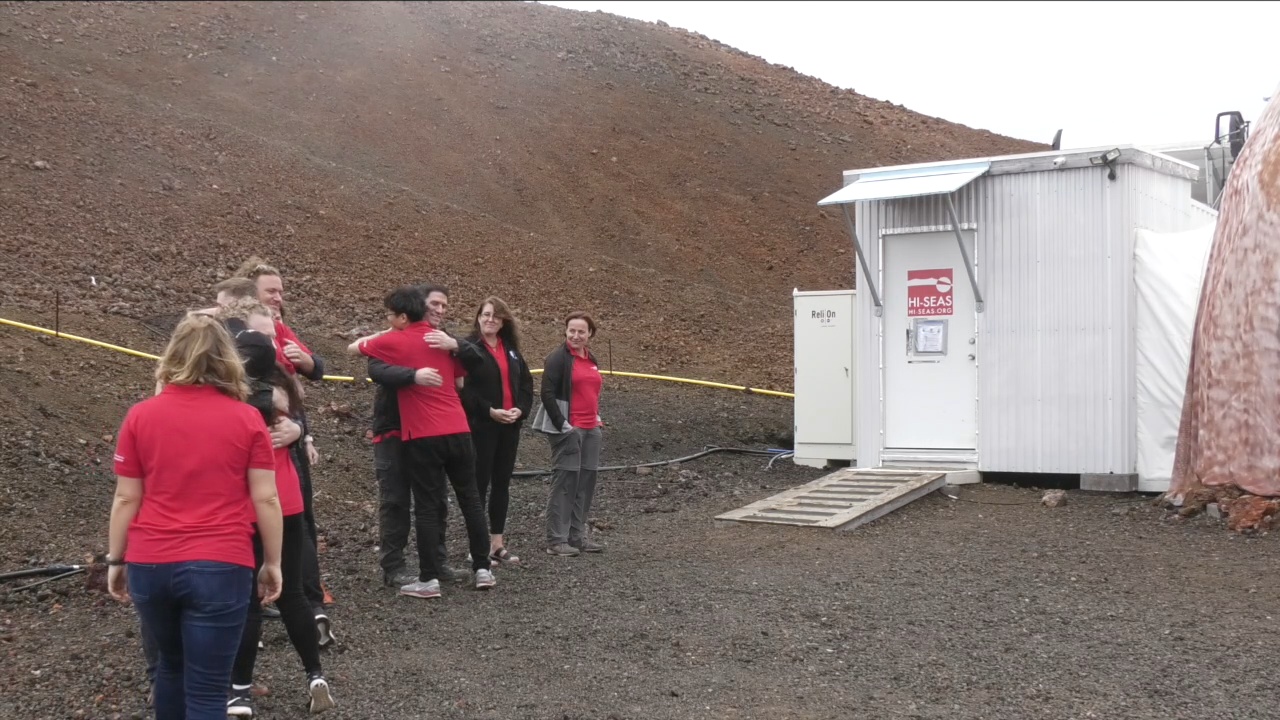 The NASA-funded project aims to help determine the individual and team requirements for long-duration space exploration missions, including travel to Mars.

“If we are going to go to Mars or other destination in the solar system, we have to make sure that we are prepared. That we have the right people and the right equipment and we put them together in a way that’s going to get people there and back again safely,” said Kim Binsted, HI-SEAS principal investigator and UH Mānoa professor.

For the next 8 months, the crew will perform exploration tasks such as geological fieldwork and life systems management, the university says. Communications between the crew and those on the outside of the dome will be delayed by 20 minutes in each direction to simulate the time it takes a message to travel between Earth and Mars.

The international crew – hailing from Australia, Korea, Scotland and Slovakia – will fill their days preparing food (using only shelf-stable ingredients) and exercising. According to UH:

“I thought that it will be an interesting experience for myself, on top of the fact that Iʻll be contributing even though it’s a small contribution to human space exploration,” said HI-SEAS Mission VI Commander Sukjin Han in a UH video release.