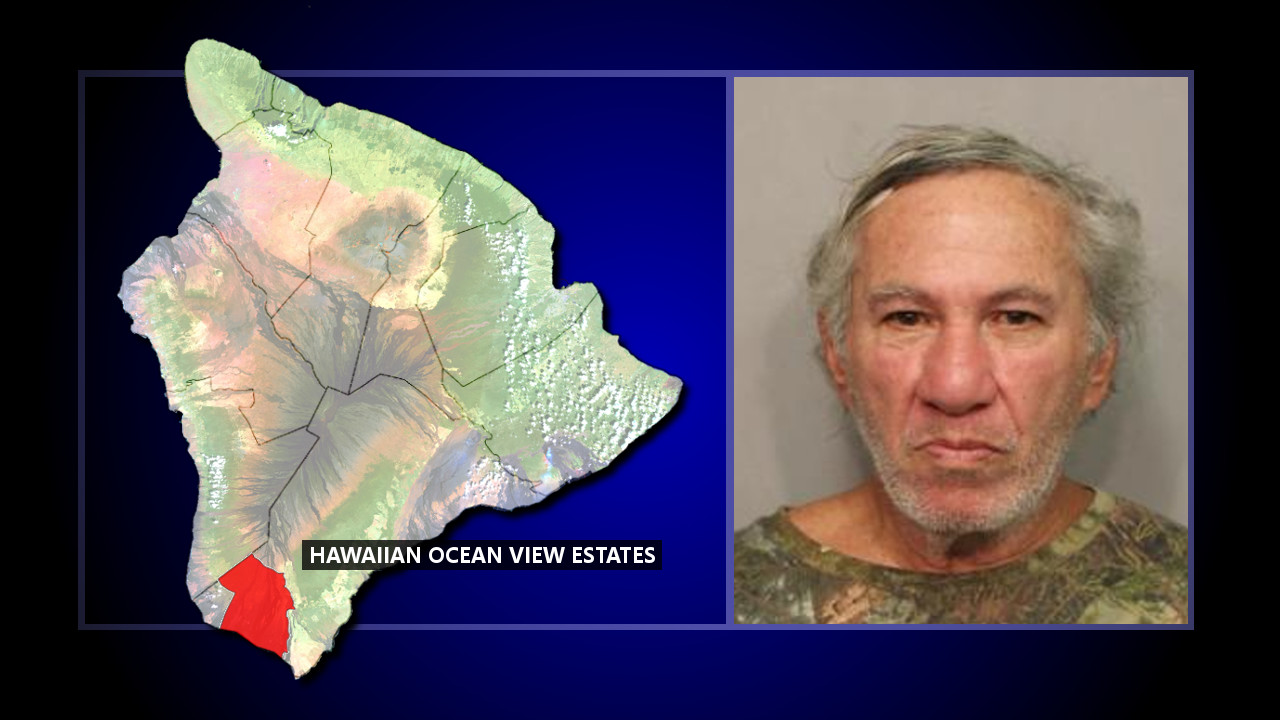 (BIVN) – A 64-year-old man has been arrested and charged after two individuals were reportedly shot on Aloha Boulevard in a Hawaiian Ocean View Estates on Monday evening.

On Monday (March 5) evening, at approximately 10:30 p.m., Kaʻū Patrol officers responded to a report of two individuals who each sustained gunshot wounds. Upon arrival, officers learned that while walking on a private driveway in the 92-2100 block of Aloha Boulevard, a 32-year old male sustained a gunshot wound to his right leg. Upon learning of the first gunshot victim, a 31-year-old male contacted 64-year-old Albert Walter Todd III, on a property, also located in the 92-2100 block of Aloha Boulevard. While on Todd’s property, the 31-year-male sustained a gunshot wound to his left foot. Both victims, of Hawaiian Ocean View Estates, were treated on scene by Hawaii Fire Department medic personnel and transported to the Kona Community Hospital for further treatment. Both victims were last reported to be in stable condition.

At approximately 2:15 p.m. on Tuesday, March 6, detectives executed a search warrant at a residence in the 92-2100 block of Aloha Boulevard and located Todd who was taken into custody with no incident.

Todd was charged the next day and he remains in custody at the Kealakehe Police Station pending his initial court appearance at the Kona District Court tomorrow morning.

Anyone with information about this investigation is encouraged to contact Area II Criminal Investigation Section Detective Pernell Hanoa, via email at Pernell.Hanoa@hawaiicounty.gov, or at (808)326-4646 ext. 281.