HILO, Hawaiʻi - A special moment on the shores fronting the Grand Nailoa Hotel on Monday as the iconic canoe came back to Hilo, four years after it set sail around the globe.

The iconic double-hull canoe landed at Kahele Point fronting the Grand Naniloa Hotel, just a few beaches away from where it left in May 2014. Hōkūleʻa completed the journey and returned with fanfare to Magic Sands on June 17, 2017. 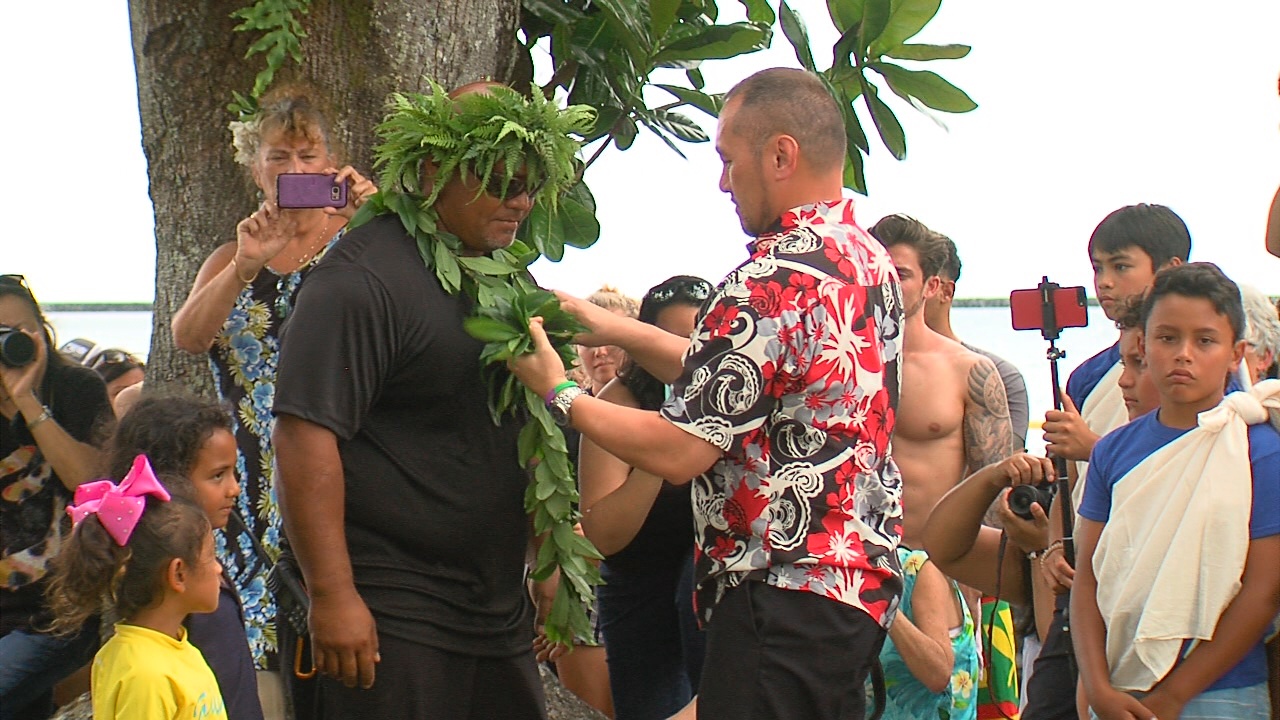 Kalani Kahalioumi greeted after bringing Hōkūleʻa back to Hilo 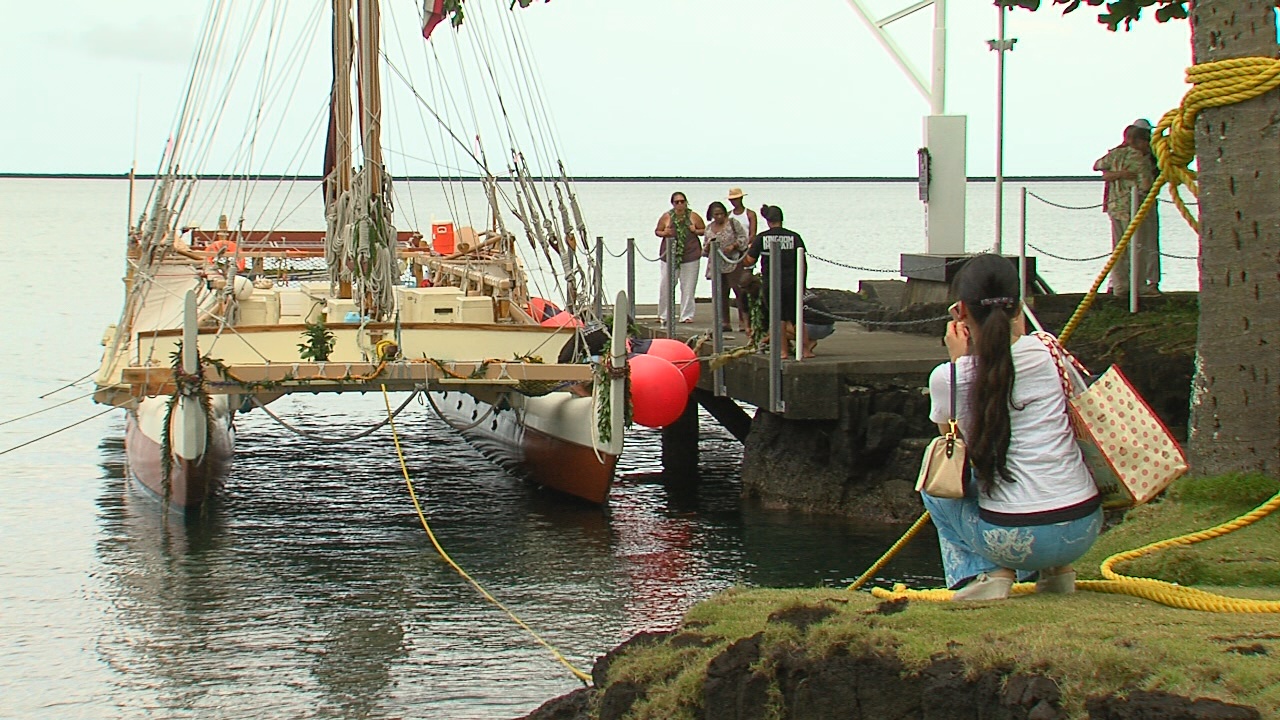 However, Hōkūle‘a has not been back to Hawaiʻi Island since the day it departed on its global voyage. The vessel has already visited with the other islands on its Mahalo Hawaiʻi tour. Finally, last week, the canoe came to Moku O Keawe, arriving in Kailua-Kona last week. 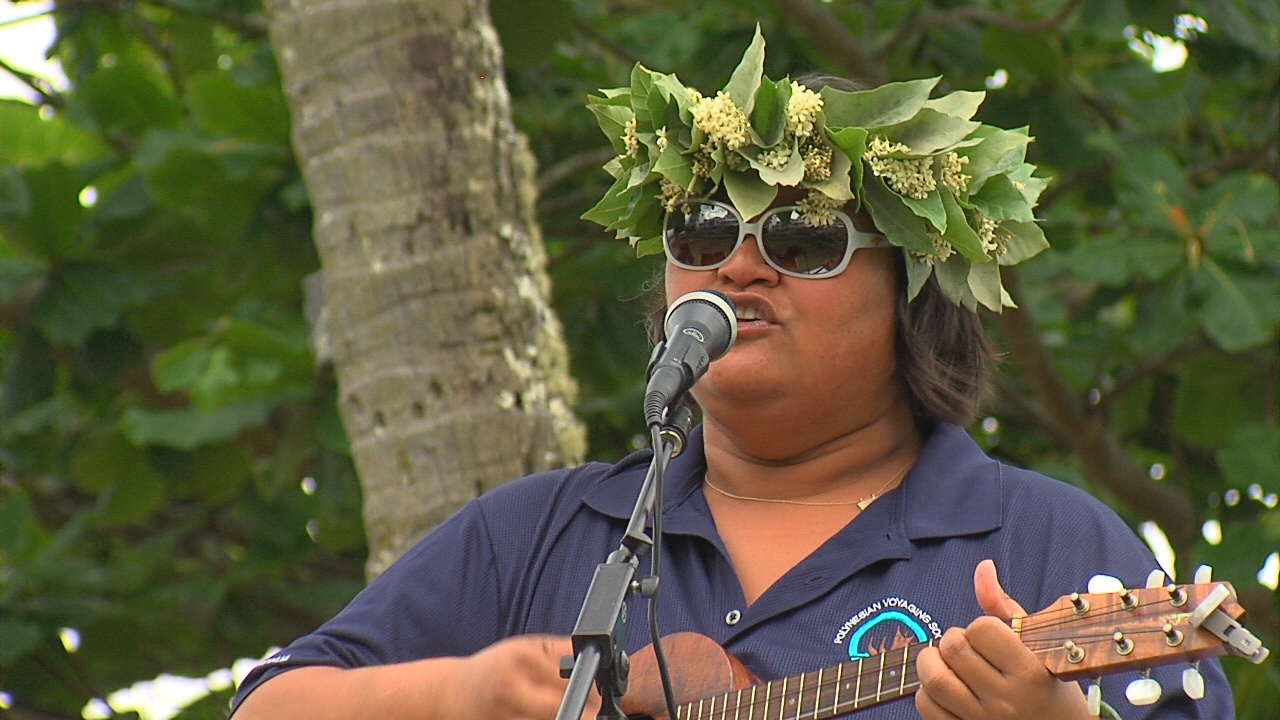 Paula Fuga sings “Hōkūle`a, Star of Gladness”, the same song she sang at Palekai in 2014.

Big Island Video News will have the full video later this evening.