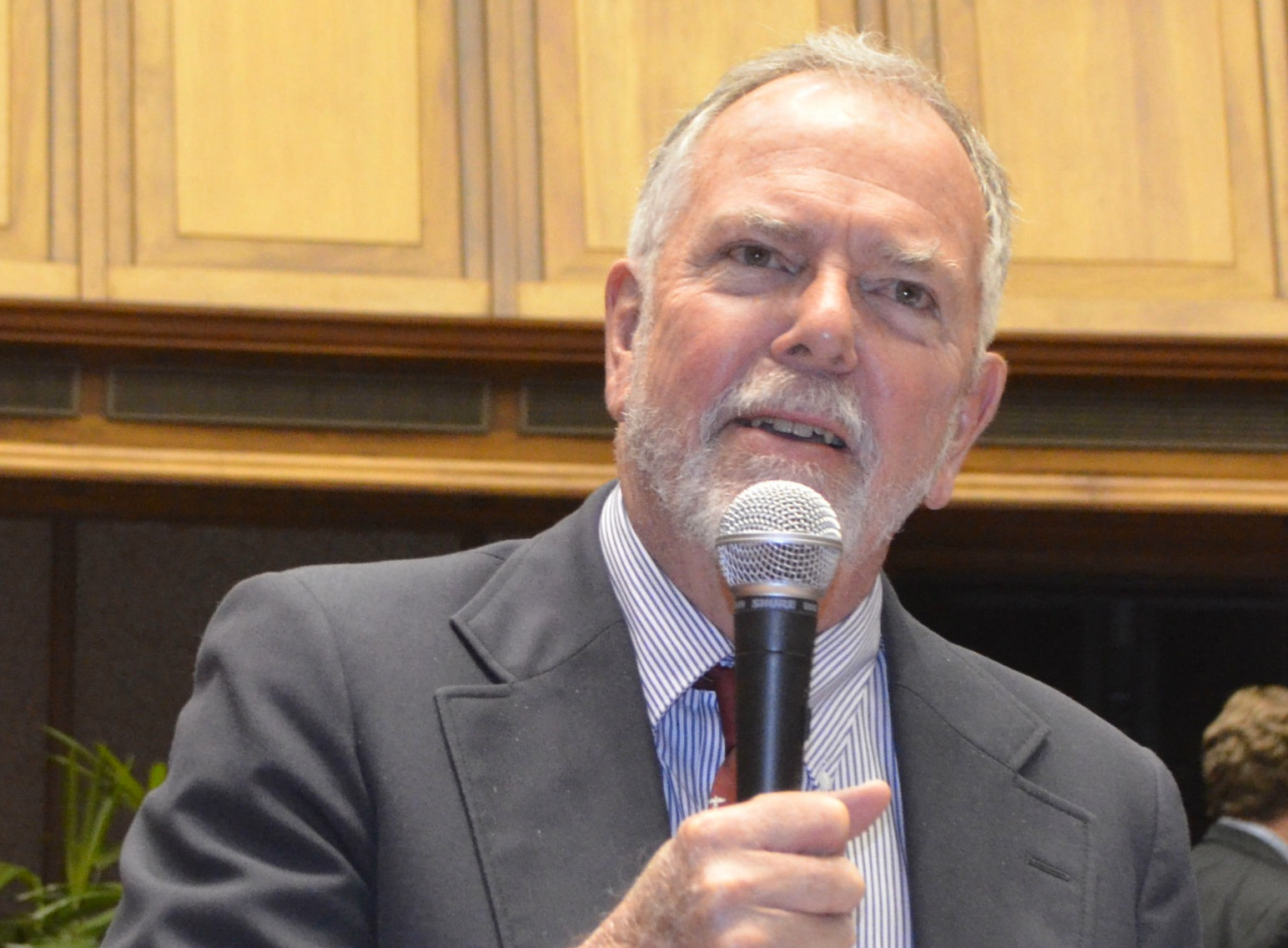 HAWAII ISLAND - Rep. Richard Creagan is no longer running for State Senate, so Brenda Ford will drop her bid for State House and go for Senate instead.

(BIVN) – State Representative Richard Creagan has changed his mind, and will campaign to keep his current seat in the State House, dropping his campaign for State Senate, while former councilwoman Brenda Ford will switch over and take his place.

The switch was prompted by Rep. Creagan, a Democrat. He issued a media release asking voters to “Keep a doctor in the House”, and saying that he initially hoped to make “a fresh start” in the Senate after a divisive special session in which he and other Hawai‘i Island reps broke with House leadership in voting against the controversial rail funding bill. As he prepared for his Senate run, he says he asked Ford to “consider running for my house seat and she enthusiastically joined that race.” But the anticipated political retribution never materialized, and Creagan was able to keep his Chairmanship of the House Committee on Agriculture.

“The turmoil in the house has abated, and I anticipate if reelected to be able to continue to fight for small farmers as Chair of Agriculture,” Creagan says. “As a physician I will also continue my fight for a new teaching hospital and medical center in West Hawaii. It would be irresponsible, given the new realities, for me to leave my strong position in the house at this time.”

In her own campaign statement, Ford said the maintaining of Creagan’s House seat “is best for all of us as it will allow him to continue his important legislative work.”

“I have deep respect for Rep. Creagan, who previously endorsed me for Representative; however, it does not serve the public well to have two candidates with similar viewpoints running against each other,” Ford said. “That is the reason I’ve decided to enter the Senate race.”

Also running for State Senate District 3 is current Hawai‘i County Councilmember Dru “Mamo” Kanuha, a Democrat. “The outpouring of support from the residents of Kona and Kaʻū, lawmakers and legislators, labor unions, and other leaders affirm my commitment to the community where I was born and raised, the community I hope to serve as state senator,” Kanuha said when we reached out for comment on the news of his opponent’s campaign switch.

Libertarian Michael Last has also pulled papers to run for the Senate seat.

Jeanné Kapela, who is also planning to run for the District 5 State House seat, responded to the news. “While I respect Richard Creagan,” Kapela said, “our community needs a leader who is committed to serving its people, not someone who isn’t sure whether or not they want to be a representative. There is no question about my commitment to the community in which I was born and raised. I am wholeheartedly devoted to serving the residents of West Hawai’i and always put people before politics.”

Democrat Gene Leslie has already filed to run for the same House seat, according to State Elections Office.

Keep a Doctor in the House

Aloha to my constituents in House District 5.

After careful deliberation with my colleague Brenda Ford, I have decided to ask your support to keep me in my house seat. At the time I made my decision to run for the Senate seat being left vacant by Dr. Josh Green there were good reasons to do so.

In the wake of the special session to fund the struggling Oahu rail project neighbor island house members were in turmoil. While many of us agreed that using a combination of the General Excise Tax and Transient Accommodation Tax to fund the rail was a bold decision, we could not accept the token increase in the share allotted to Hawaii County.

Unfortunately, our strong protests were viewed by the house leadership as a challenge to their continued leadership and our positions in the house were threatened. Because Rep Cindy Evans stood up for her constituents she had her majority leadership taken away. I had enjoyed fighting for the small farmers of District 5 as Chair of the Agriculture Committee, but that position was also threatened.

At the time I thought the best chance I could effectively serve my constituents was to consider a move to the Senate, to make a fresh start. As part of that decision I asked Brenda Ford who had represented me for eight years on the Hawaii County Council to consider running for my house seat and she enthusiastically joined that race.

Brenda has always been viewed by her constituents, including me, as honest, ethical and hard-working.

She did not shrink from a fight for what she tenaciously believed. She had been a proud union member and union steward in her work on the mainland and has continued to support hard working union families in Hawaii, as I proudly have. She and her husband Larry own a small farm in Captain Cook so she understands, as I do, the rewards and challenges of being farmers.

So why have Brenda and I switched our campaigns? I was able to keep my position as Chair of Agriculture and am nearing the end of a successful legislative session. We worked with house leadership to pass a house bill to greatly increase the neighbor isles share of the TAT tax. As a physician, I supported the Our Care, Our Choice Act, helped remove the roadblocks that had stalled that legislation last year, and I was at our governor’s side when he signed that bill into law yesterday.

We are hopeful that we will make our environment and our food safer by banning and phasing out the use of a toxic and unsafe pesticide, chlorpyrifos, that the EPA was poised to ban until President Trump appointed Scott Pruitt. The bill to do that will pass out of the house this week and will cross over to the Senate next week where we expect it will pass. I met with the governor yesterday and am very hopeful he will sign that bill into law when it reaches his desk.

Rat Iungworm disease is another challenging issue that is threatening our health and our small farmers. This legislative session I employed a part-time a recovering victim of that illness to help me build a data base of rat Iungworm research. I feel confident that at long last the legislature will provide substantial funding to Dr. Susan Jarvi and her colleagues at UH Hilo to allow them to continue their rat Iungworm research.

The turmoil in the house has abated, and I anticipate if reelected to be able to continue to fight for small farmers as Chair of Agriculture. As a physician I will also continue my fight for a new teaching hospital and medical center in West Hawaii. It would be irresponsible, given the new realities, for me to leave my strong position in the house at this time.

Brenda Ford and I hope to gain your support to work as a team to improve our agriculture, our health care, our educational systems, and economic opportunities for House District 5 and Senate District 3.

Former Hawai‘i County Council Member Brenda Ford has decided to run for State Senate in District 3. Ford had previously declared her candidacy for State House District 5. Ford explains “Representative Richard Creagan currently represents State House District 5. He announced in September that he planned to run for the Senate seat. Circumstances have now changed and he decided to defend his current House seat. Maintaining his House seat is best for all of us as it will allow him to continue his important legislative work. I have deep respect for Rep. Creagan, who previously endorsed me for Representative; however, it does not serve the public well to have two candidates with similar viewpoints running against each other. That is the reason I’ve decided to enter the Senate race.” Senate District 3, encompassing most of Kailua-Kona through Na‘alehu, is currently represented by Senator Josh Green who is running for Lt. Governor.

Ford states “Having worked as a Council Member for eight years, I know how to research, draft, and pass legislation, and I understand how government works. I know the needs of our district, and people are comfortable in calling me to let me know of any issues that should be addressed. I believe my years of experience will help me succeed in assisting the people of my district and the Big Island. West Hawai‘i needs experienced, hardworking, strong, and proven leaders in both House and Senate seats to maintain the continuity of support, protection, and leadership for the people.”

“Many problems face our island and I will work on solutions,” Ford says. “I will fight for a $15 minimum wage, permanent low-income rental housing, protection of our heritage coffee, maximum funding for studies of Rat Lungworm Disease, faster State responses to medical emergencies like Dengue Fever, a new South Kona Police Station, and a state-of-the-art hospital near the Kona Airport to serve West Hawai‘i.”

Ford and her husband, Larry, have been married for 26 years and have three grown children. They own a small farm in Captain Cook where Larry grows lychee, papaya, bananas, and a little coffee for personal use. They have lived on the Big Island for 23 years.

Ford has a long history of community involvement, having volunteered for many years as a member and Director of the Citizens for Equitable & Responsible Government, and the non- profit environmental group Plan To Protect. She is a Volunteer Neighborhood Watch Coordinator, and volunteer with the South Kona Community Emergency Response Team (CERT).

Ford’s accomplishments on the Hawai‘i County Council include helping fund the West Hawai‘i Community Health Center Keiki Dental Clinic, helping fund the battered women’s shelter, funded training for teens to recognize and avoid teen dating violence, helping start Ke Kama Pono (Boy’s Safe House in Captain Cook), voting for a bond to build the West Hawai‘i Civic Center, and purchasing land for a new South Kona Police Station. She continued the work of previous Council Members to get the La‘aloa Street extension completed. She filed a redistricting lawsuit in 2001 which resulted in a fourth State Senator for Hawai‘i Island in 2011. 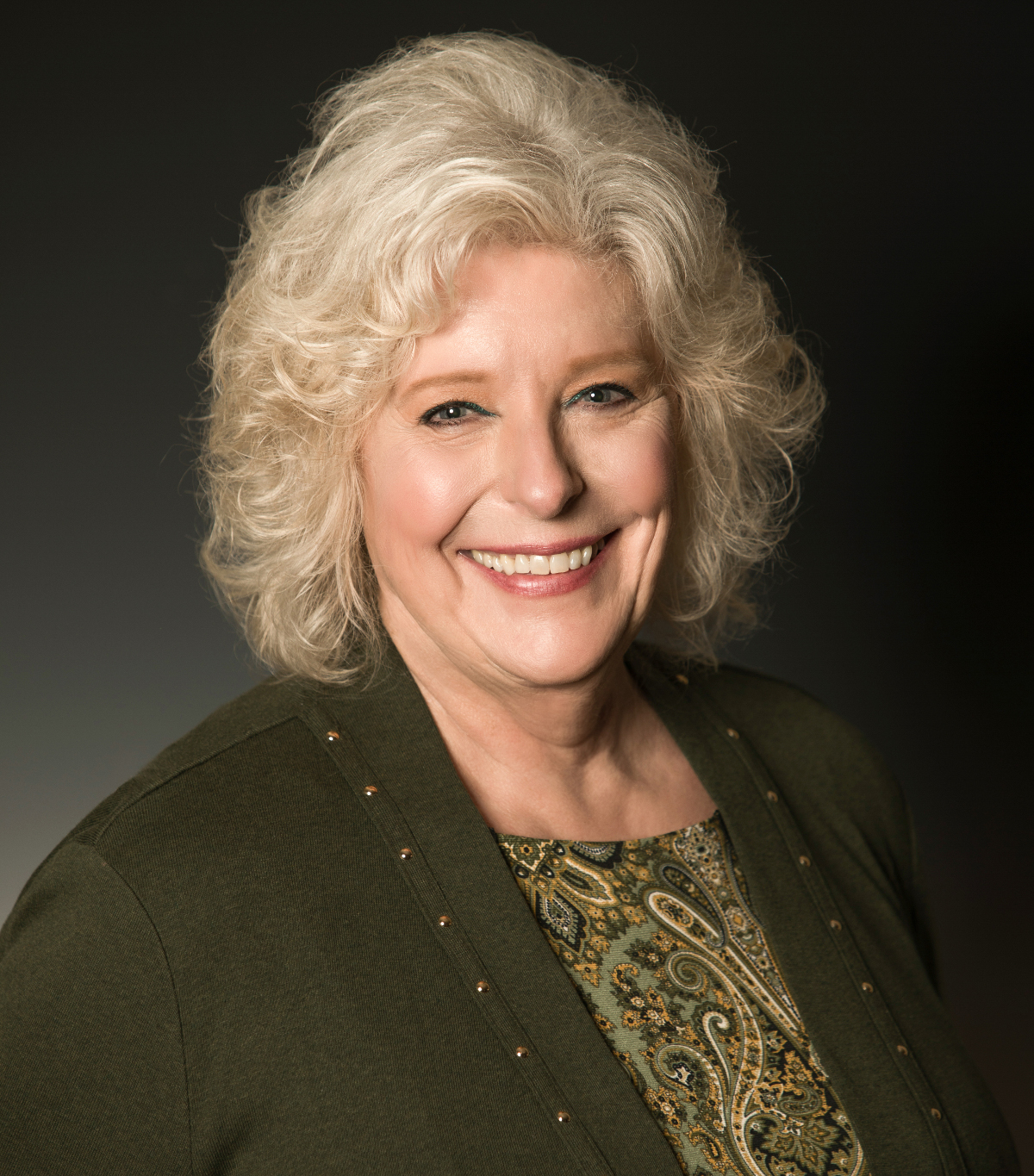 This story has been and will continue to be updated to include other candidate responses.