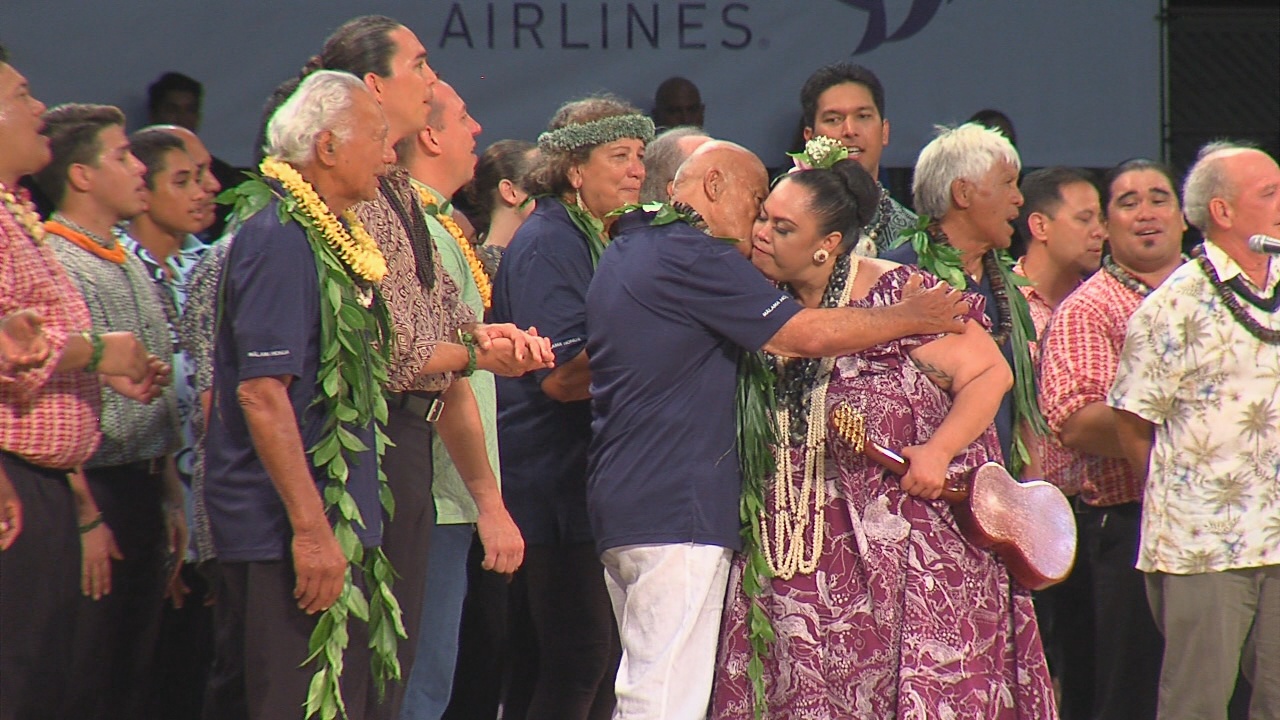 Snowbird Bento hugs members of the original Hōkūleʻa crew on the stage.

Kumu hula Snowbird Bento led the large group in choral song and Pacific dance, mostly hula, as the canoe voyagers – and an excited crowd – watched under the roof of Hilo’s Edith Kanaka‘ole Stadium. The day before, Bento and her halau welcomed the Hōkūleʻa to the shore of the Grand Naniloa on its return to Hilo.

Ka Pa Hula O Ka Lei Hula ended with the song Hokule‘a, Star of Gladness, as the original crew from the 1976 voyage Hōkūleʻa went up on stage and joined hands with the performers.