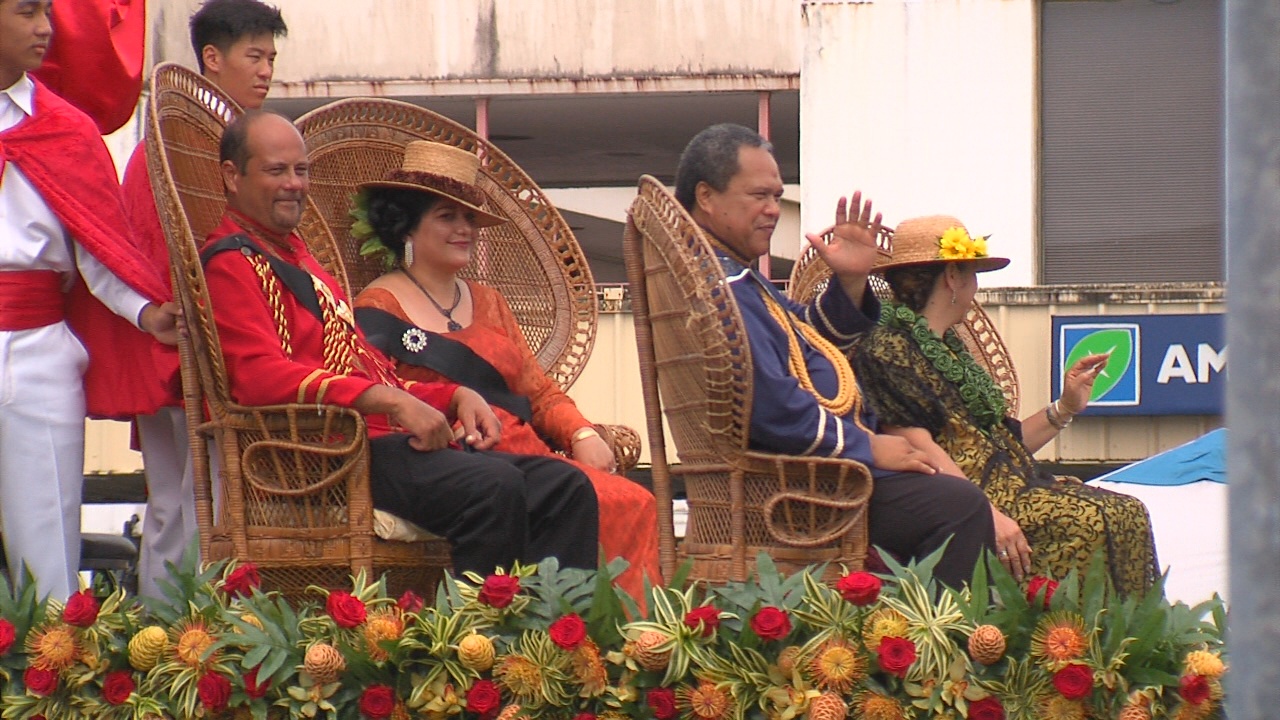 (BIVN) – From hula to taiko, from commercial floats to non-profits, from high school marching bands to the U.S. Pacific Fleet Band, from Aloha ʻĀina to Maunakea Observatories, over 50 organizations took place in the Merrie Monarch Royal Parade in Hilo on Saturday, under ideal weather conditions.

Although Hawaiʻi Island was under a Flash Flood Watch during the event, the rains held back, and clouds provided some cover from the hot sun as the participants made their way through Downtown Hilo.

Other units featured paʻu princesses from different Hawaiʻian islands, an annual highlight of the parade.

The final night of competition in the 55th annual Merrie Monarch Festival is tonight.