HAWAII VOLCANOES NATIONAL PARK - There has already been one small overflow of the south crater rim about midnight Saturday night into Sunday morning. 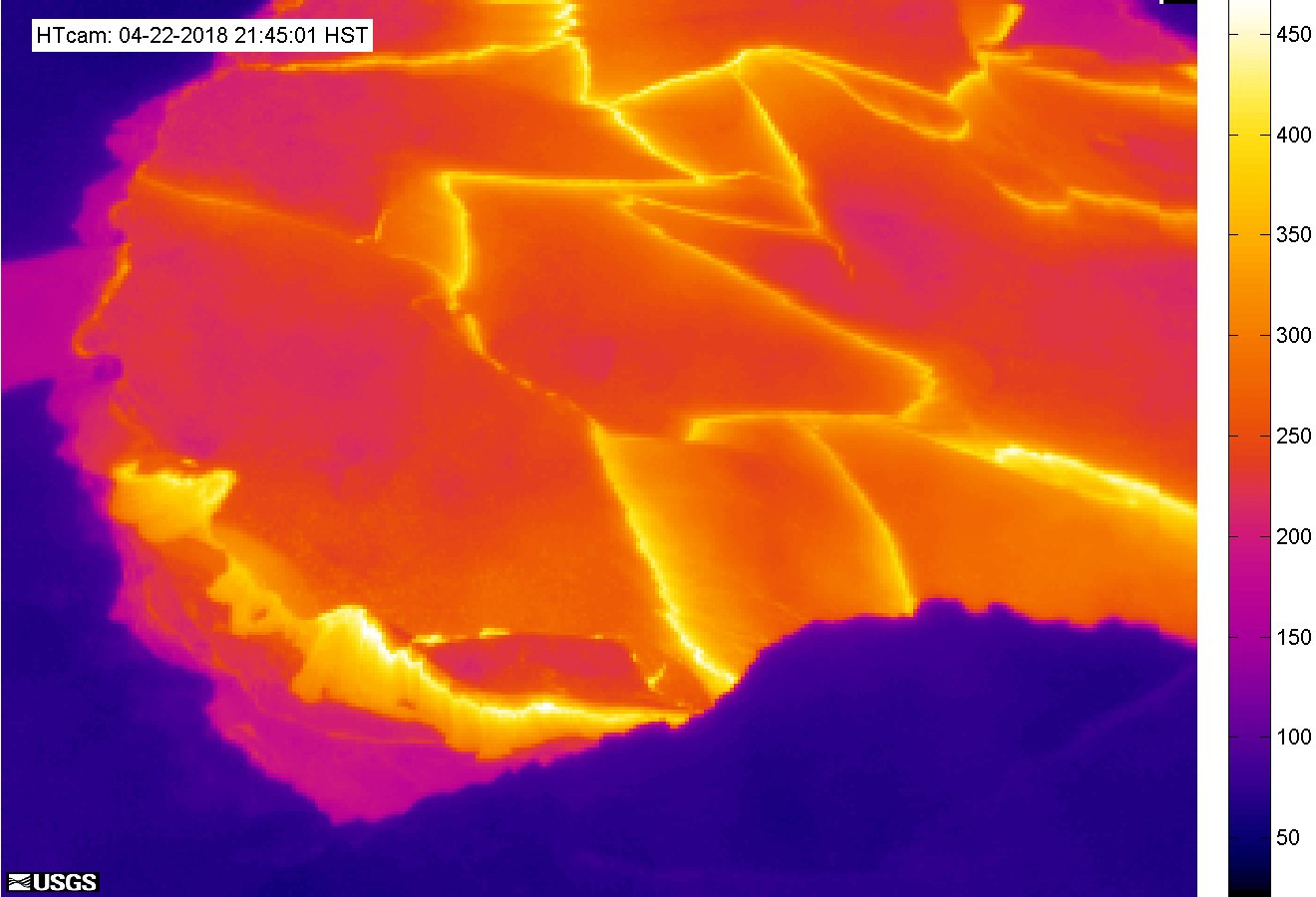 USGS Webcam: tonight the Halema‘uma‘u Overlook Vent Thermal webcam appears to show another overflow of the rim sometime before 10 p.m. on Sunday night.

UPDATE (10 p.m. on Sunday) – A thermal image produced by a USGS webcam trained on the Halema‘uma‘u Overlook Vent shows another overflow of the lava lake rim appears to have occurred sometime before 10 p.m.

(BIVN) – The lava lake at the summit of Kīlauea Volcano continues to rise as tiltmeters continue to record inflation, as of Sunday evening.

There has already been a small overflow along the south crater rim of the Halemaʻumaʻu Overlook Vent. The event occurred about midnight on Saturday night going into Sunday morning.

This morning, the USGS Hawaiian Volcano Observatory reported that “the inflationary tilt recorded by summit tiltmeters in the past couple of days slowed yesterday afternoon” and had nearly leveled off. That did not last for long, however, as inflation set in later in the day, according to data from deformation stations.

This morning, USGS had this to say:

When measured yesterday afternoon, the lava lake level was about 6 m (20 ft) below the rim of Overlook crater, a rise of about 4 m (13 ft) from the day before. Webcam images show that a small overflow along the south crater rim occurred about midnight. The lava lake is is below the rim this morning. Seismicity in the summit area is within normal, background rates, with tremor amplitude fluctuations associated with lava lake spattering and a few more small earthquakes in the upper East Rift Zone and south part of the caldera. Elevated summit sulfur dioxide emission rates persist.

Inflationary tilt continues to be recorded by a tiltmeter at Puʻu ʻŌʻō, scientists say. continuing the inflationary trend of the past several weeks.