video from USGS, edited by BIVN 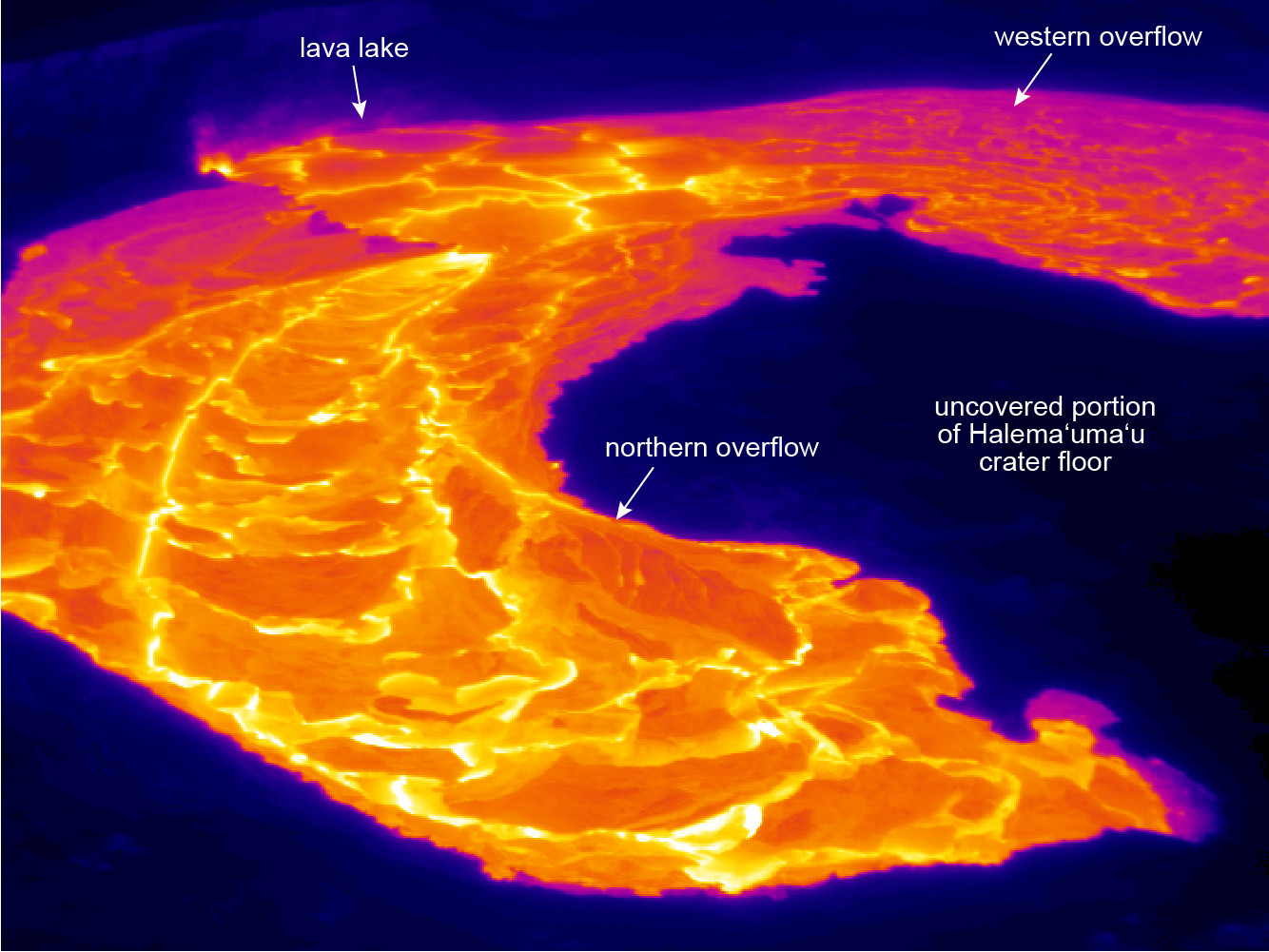 USGS: This thermal image (looking south) shows the active overflows from the lava lake (upper left) onto the Halema‘uma‘u crater floor. View is toward the south.

(BIVN) – The intermittent overflows at the summit of Kīlauea Volcano have tapered off, for the moment, but the USGS Hawaiian Volcano Observatory continues to share remarkable imagery recorded earlier in the week.

Scientists produced a time-lapse video, recorded from 7:30 p.m. April 25 to 7:30 p.m. April 26, that shows Halema‘uma‘u lava lake spilling over and sprawling across the crater floor. The largest of these flows was from approximately 6:15 a.m. to 10:30 a.m. on April 26, USGS says, and covered about 90 acres, or two thirds of the crater floor. It was the largest overflow since the summit eruption began in 2008.

Since then, deflationary tilt has been recorded, and the lava lake level has dropped. According to USGS on Saturday, April 28:

The lava lake has dropped 16 meters (yards) over the past 24 hours and is estimated from webcam views to be 16 m (52.5 feet) below the new elevated rim of the lava lake. Summit tiltmeters continued to record a deflationary trend over the past day. Tremor amplitude is fluctuating with lava lake spattering and seismometers have recorded a few small earthquakes in the upper East Rift Zone and south part of the caldera. Elevated summit sulfur dioxide emission rates persist. 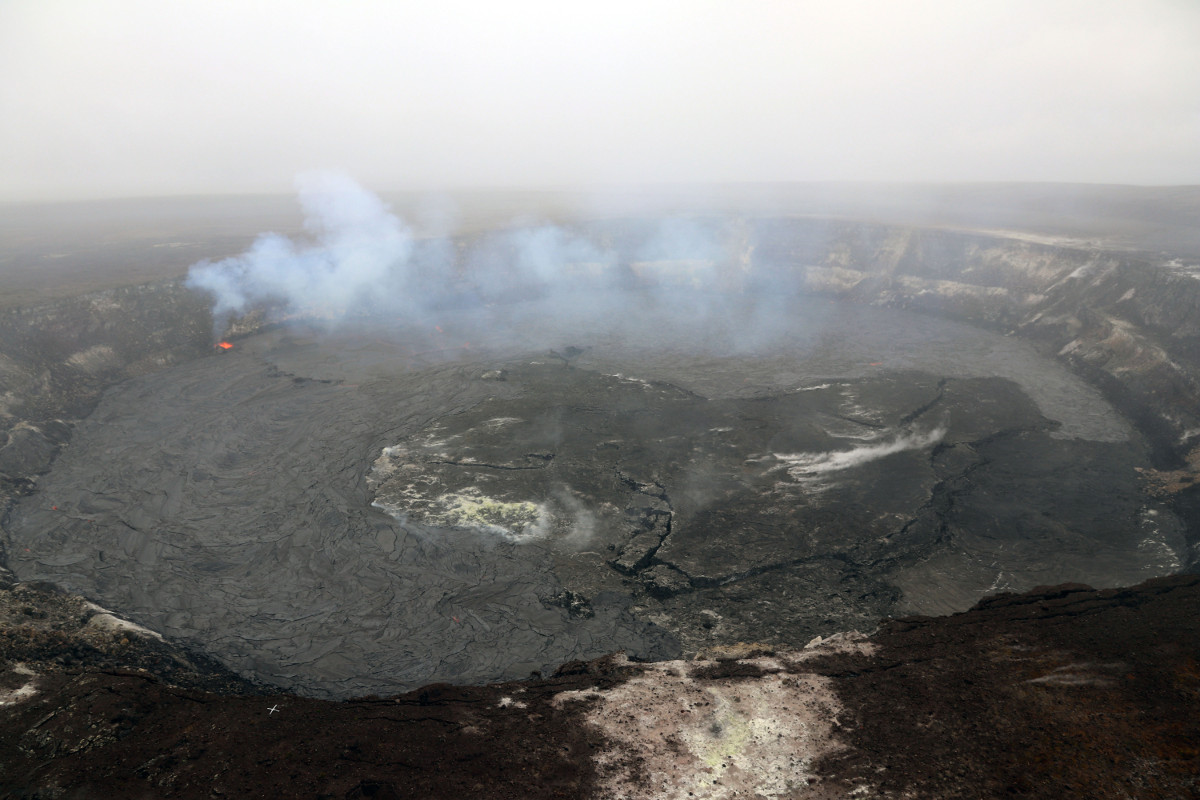