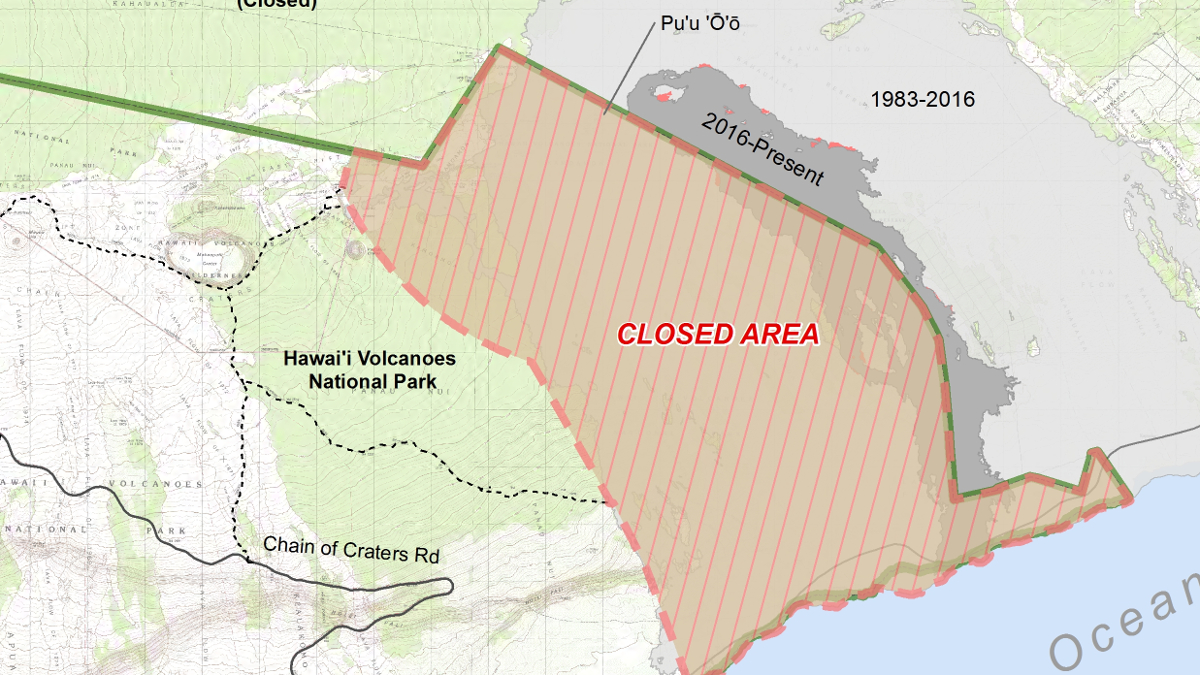 (BIVN) – National Park Service officials announced today that they are closing a portion of Hawai‘i Volcanoes National Park due to potential volcanic hazards.

Due to the possibility of a new eruption and unstable geologic activity, park management closed 15,688 acres near Kīlauea Volcano’s Pu‘u ‘Ō‘ō vent to the ocean today, including the gravel emergency access road from the eastern gate near Kalapana, to the western gate at the end of Chain of Craters Road, and all land on the makai (ocean) side of the emergency road.

“The recent eruption changes and increased seismicity around the East Rift Zone and Pu‘u ‘Ō‘ō vent may threaten land and the community outside the park. The partial closure in the park is necessary to prevent unsafe travel onto lands under the jurisdiction of Hawai‘i County and to keep people safe,” said Park Superintendent Cindy Orlando. “Most of the park, which is 333,308 acres in size, remains open,” she said.

On Monday afternoon, April 30, the crater within Pu‘u ‘Ō‘ō collapsed, and a flurry of low magnitude earthquakes continues to shake the eastern side of the island, particularly communities in lower Puna. A small fissure opened to the west of the vent on Tuesday, May 1, but scientists at the U.S. Geological Survey Hawaiian Volcano Observatory report that an intrusion of magma is heading eastward from the vent towards Highway 130. 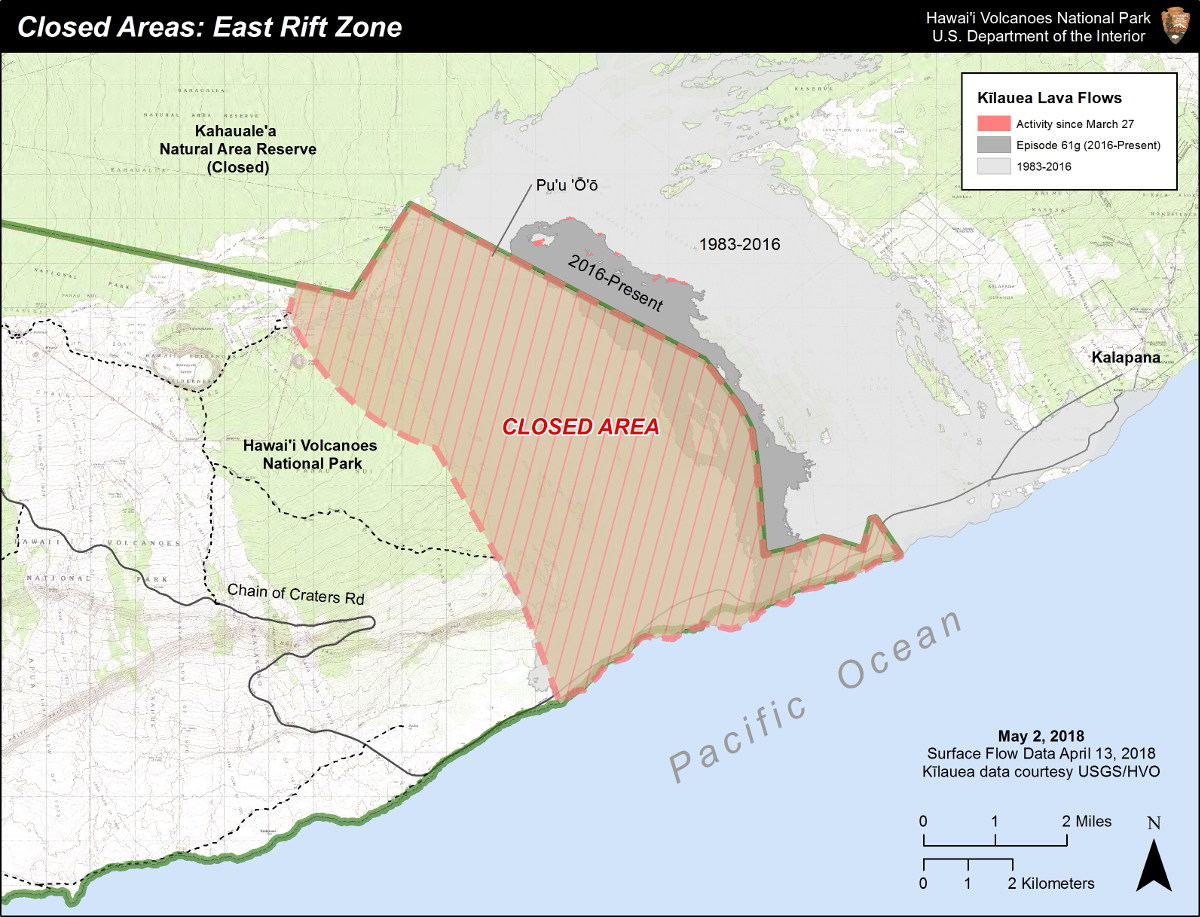 The county-run lava viewing area in Kalapana, which leads to the eastern gate, is also closed.

The current eruption at Pu‘u ‘Ō‘ō is already off limits to hikers. However, officials say “the summit of Kīlauea continues to erupt within Halema‘uma‘u Crater within the park, and is best viewed from the Jaggar Museum overlook. The lava lake within the crater has risen dramatically since April 21, and has occasionally spilled onto the crater floor.”