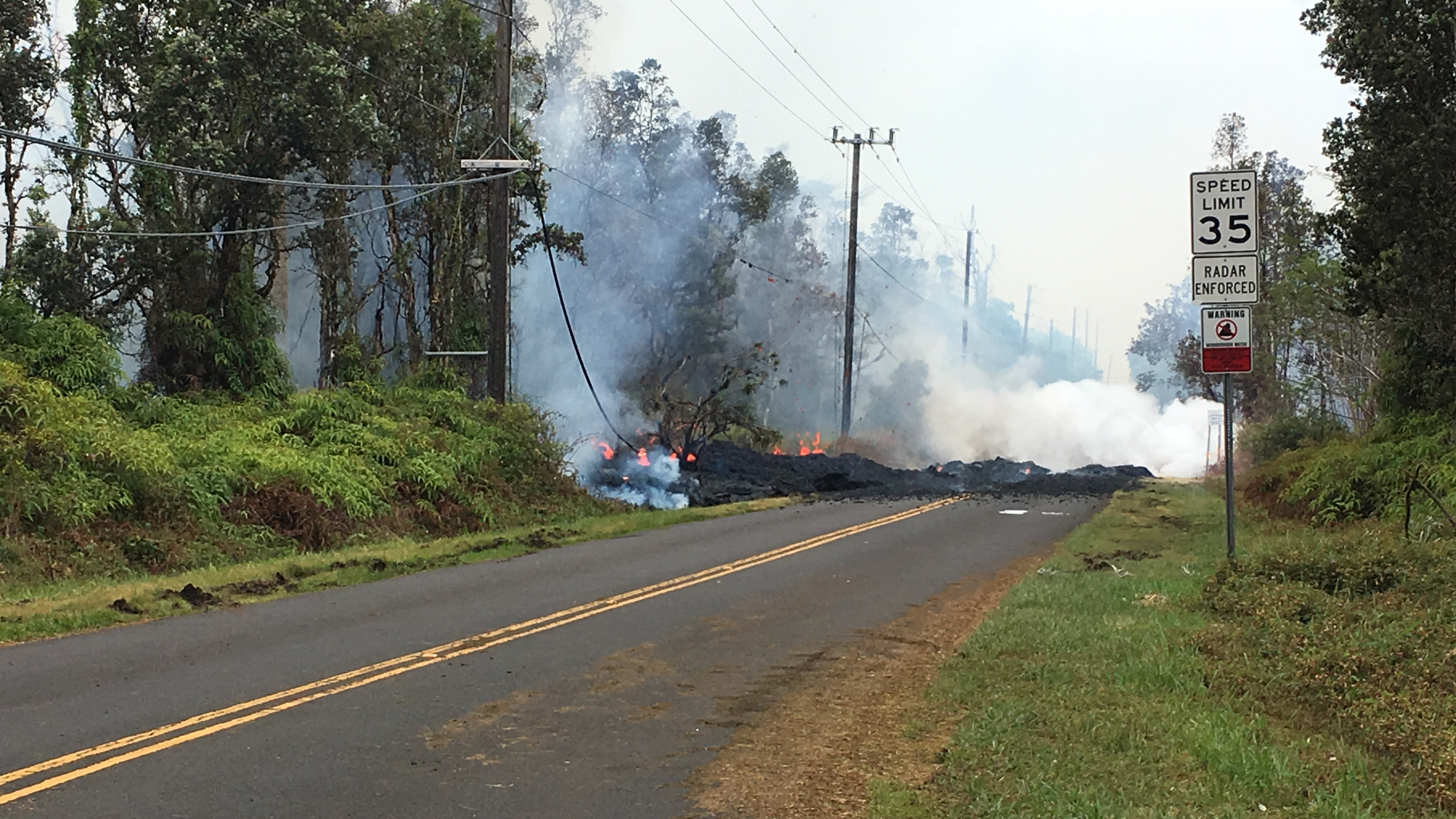 (USGS) At 2:47 p.m. HST. A new fissure (13) erupted across Leilani Street. View is toward the southwest on Leilani Street near the intersection with Pohoiki Road. Fissure 13 is located between fissures 1 and 6.