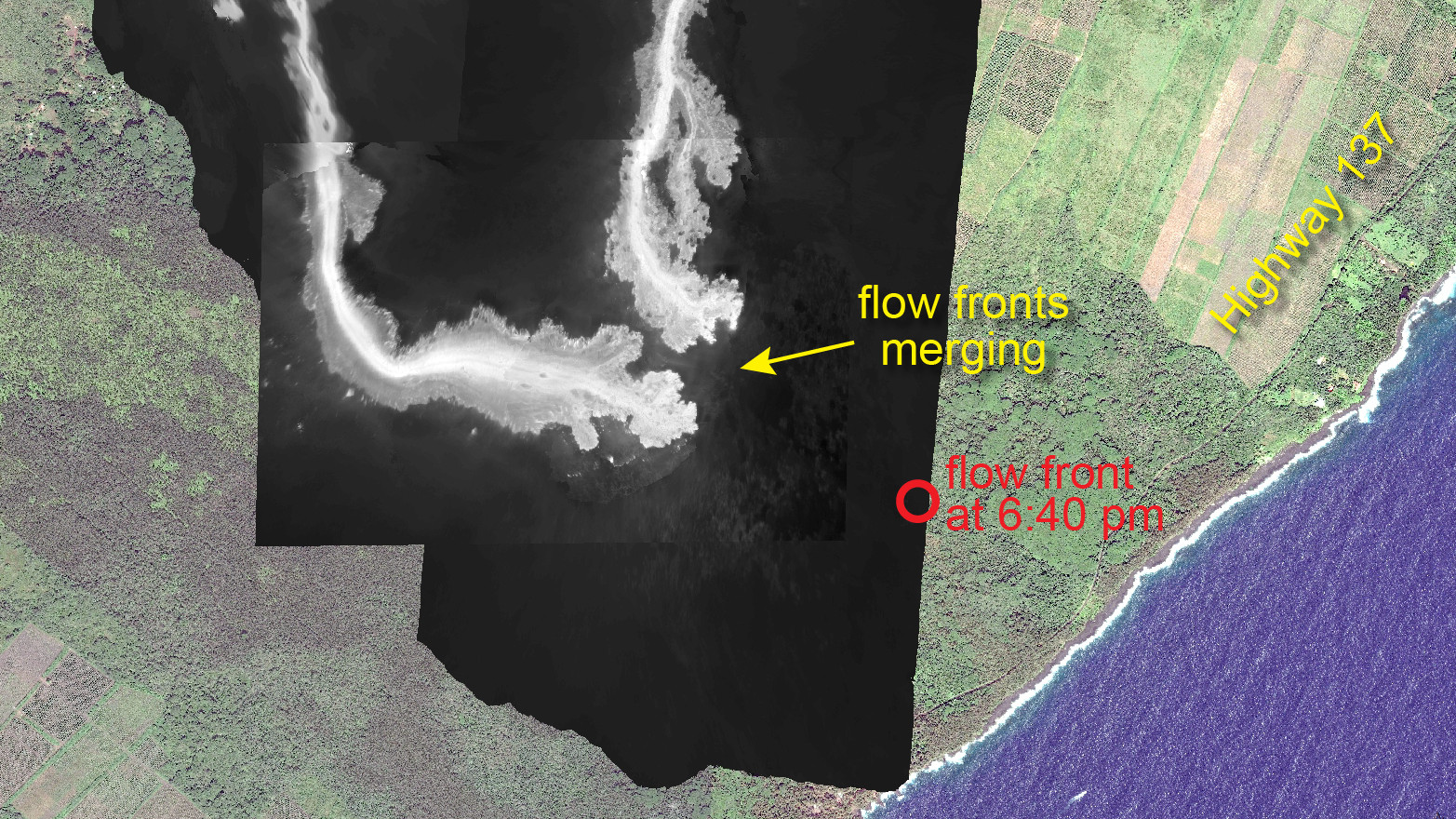 PUNA, Hawaii - Hawaii County Civil Defense says flow front #1 has crossed Highway 137 at the 13-mile marker and has entered the ocean. Front #2 is close behind. 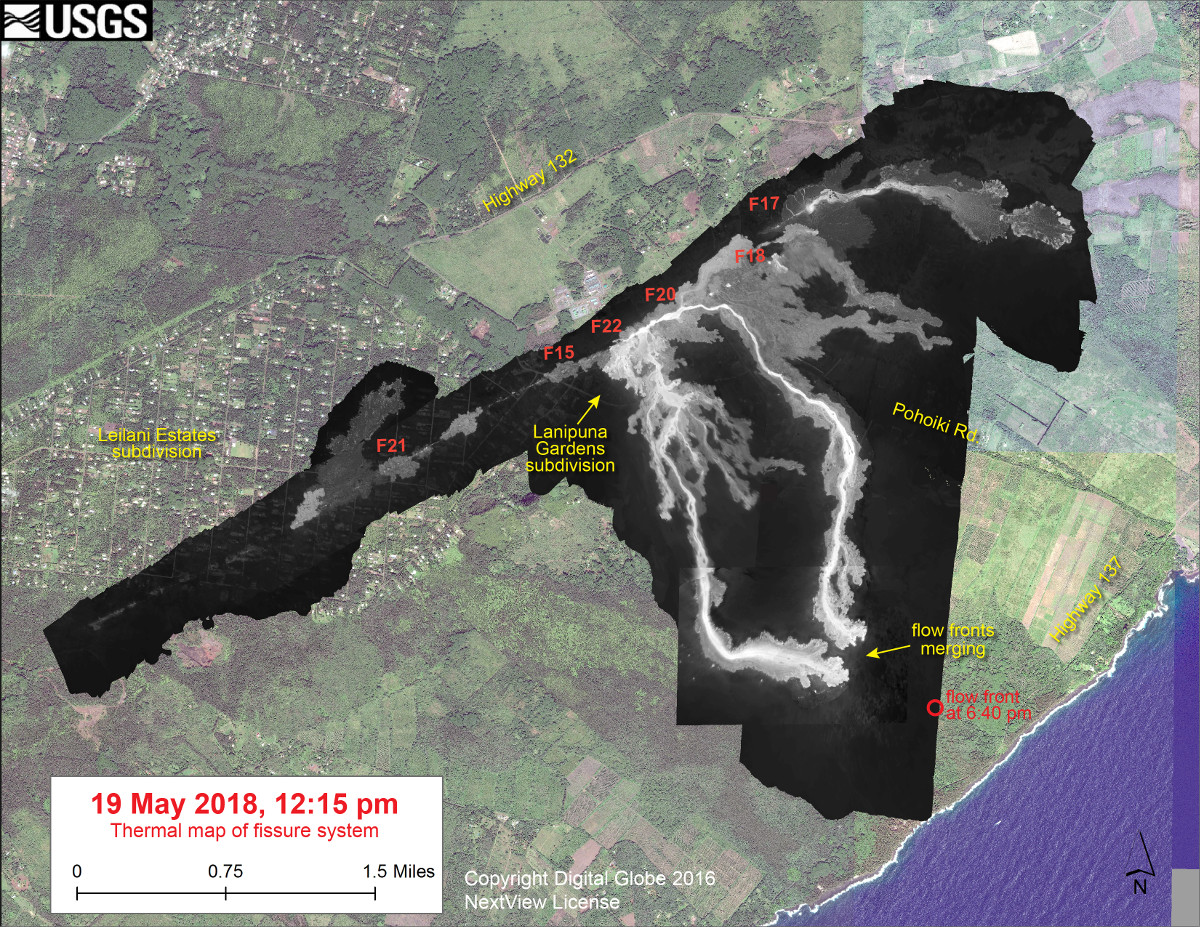 (USGS) This thermal map shows the fissure system and lava flows as of 12:15 pm on Saturday, May 19. The two primary lava flows originate from the Fissure 20-22 area, and crossed Pohoiki Road over the past day. The flow front position based on a 6:40 pm update is shown by the red circle. The black and white area is the extent of the thermal map. Temperature in the thermal image is displayed as gray-scale values, with the brightest pixels indicating the hottest areas. The thermal map was constructed by stitching many overlapping oblique thermal images collected by a handheld thermal camera during a helicopter overflight of the flow field. The base is a copyrighted color satellite image (used with permission) provided by Digital Globe


(BIVN) – Lava has crossed Highway 137 and is now entering the ocean in Puna.

Hawaii County Civil Defense says flow front #1 has crossed Highway 137 at the 13-mile marker and has entered the ocean.

Civil defense is still warning of the effects of laze where the lava meets the sea. Accoring to officials:

NOTE: The article was first published with a typo in the headline misidentifying the highway as 132, although the article and associated media referenced Highway 137. We regret this error.