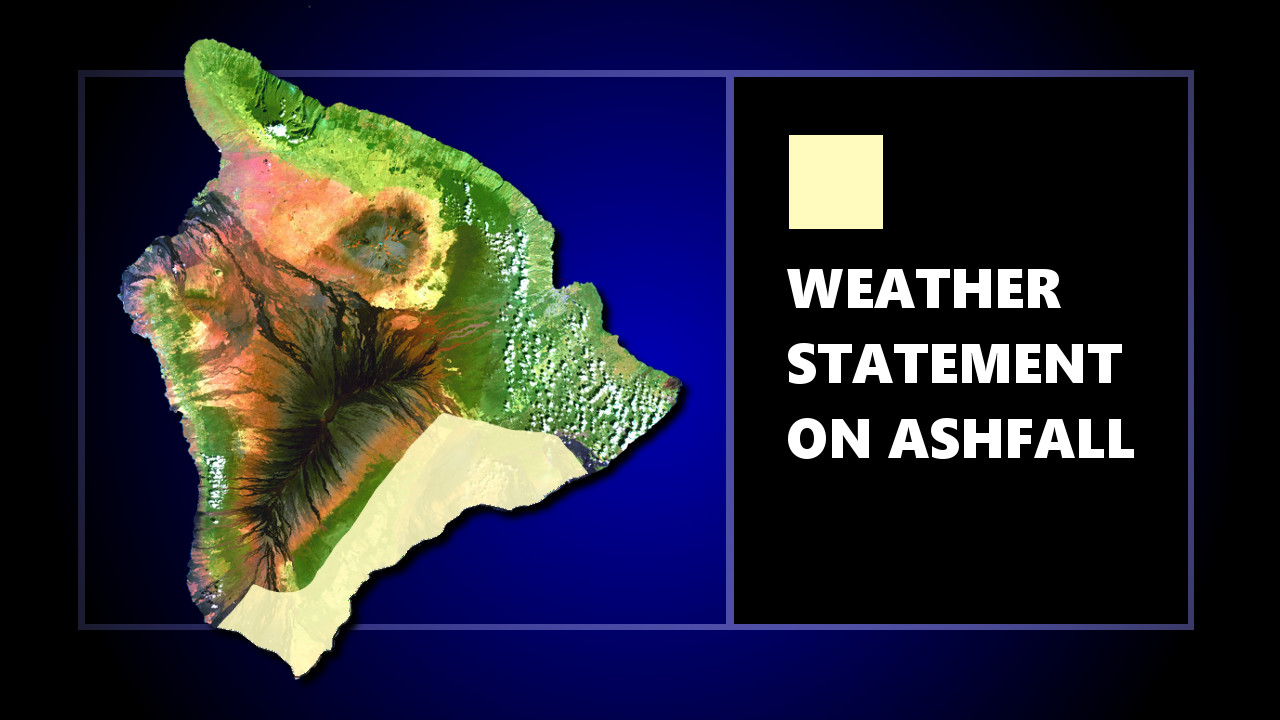 HAWAII VOLCANOES NATIONAL PARK - An ashfall plume from another explosion at Kilauea may be carried by wind to the southwest toward Wood Valley, Pahala, Naalehu and Waiohinu.

(BIVN) – The following message was issued by Hawaii County Civil Defense at 1:45 a.m. on Monday morning:

Hawaiian Volcano Observatory reports that an explosive eruption at Kilauea summit has occurred at 00:55 AM. The resulting ash plume may affect the surrounding areas. The wind may carry the ash plume to the southwest toward Wood Valley, Pahala, Naalehu and Waiohinu.

The danger from this eruption is ash fallout. The major response is to protect yourself from fallout.

If you are at home, stay indoors with the windows closed. Turn on your radio and listen for updates from authorities.

After the hazard has passed, do check your home, and especially your catchment system for any impact that may affect your water quality.

In a Special Weather Statement issued by the National Weather Service at 1:50 a.m. HST:

Occasional small bursts of volcanic ash continue from Halemaumau Crater. Low level winds will tend to push any ash clouds toward the southwest. Ash fallout will likely be mainly over the Kau district and Highway 11 southwest of the town of Volcano.

Hawaii Volcano Observatory reports that larger explosions are possible at any time with little warning. If this occurs, an Ashfall Advisory or Warning would likely be necessary.

Avoid excessive exposure to ash which is an eye and respiratory irritant. Those with respiratory sensitivities should take extra precaution to minimize exposure.

UPDATE – The USGS Hawaiian Volcano Observatory later confirmed that “a small explosion occurred at 12:55 AM at Halema’uma’u crater at Kilauea’s summit. It produced an ash plume that reached about 7,000 ft asl and was carried by the wind to the southwest.”

Additional explosive events that could produce minor amounts of ashfall downwind are possible at any time.