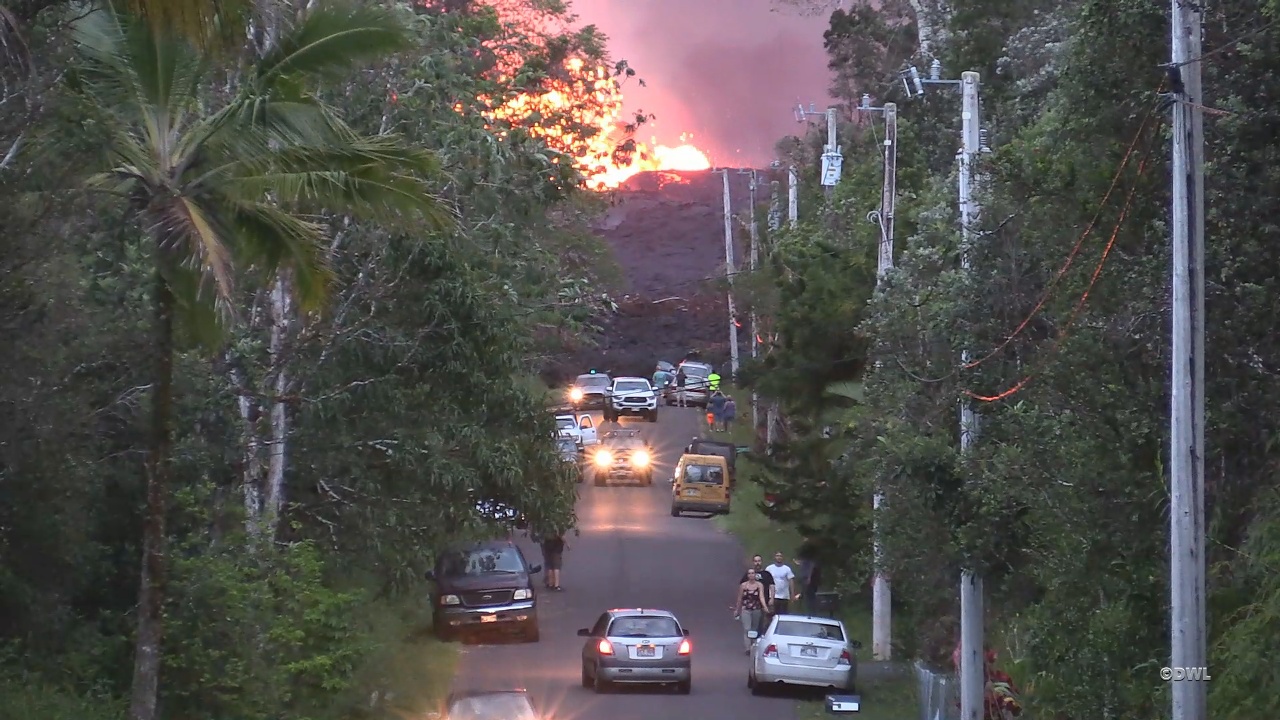 7 am Eruption Update – A Destructive Night In Leilani Estates

Just before midnight, the USGS Hawaiian Volcano Observatory reported the fast-moving flow (saying that it broke from Fissures 7 and/or 8) had reached Kahukai Street at its intersection with Hookupu at about 11 p.m. HST.

Just before 4 a.m., USGS said that lava from Sunday night’s Fissure 8 outbreak was about 50 m from crossing Pohoiki Road. At the Kilauea summit, high rates of earthquakes were reported to be occurring as deflation there continued.

Due to the destructive Sunday night flow, the following information was provided by civil defense:

This morning, civil defense has already issued an audio message, saying that “light easterly winds are expected to push volcanic gases and vog westward towards Puna, including Kurtistown and Mountain View.”

“This wind pattern combined with occasional bursts of ash from Kilauea summit may lead to the buildup of ash and sulfur dioxide downwind of the Kilauea summit and fissures on the east rift zone,” civil defense said.