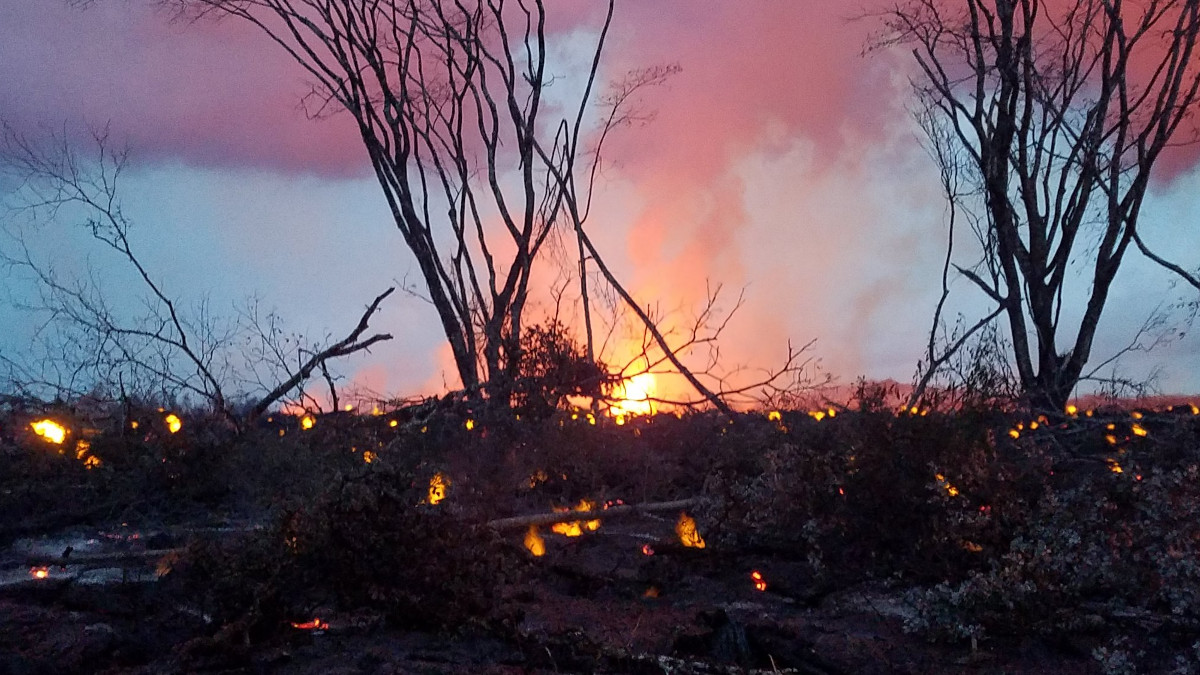 USGS: Burning tree molds and Fissure 8 in background, taken 7 p.m. on May 28

PUNA, Hawaii - Highway 132 is being shut down between Lava Tree State Park to Four Corners, due to a fast moving lava flow approaching the highway. Everyone is advised to avoid the area. 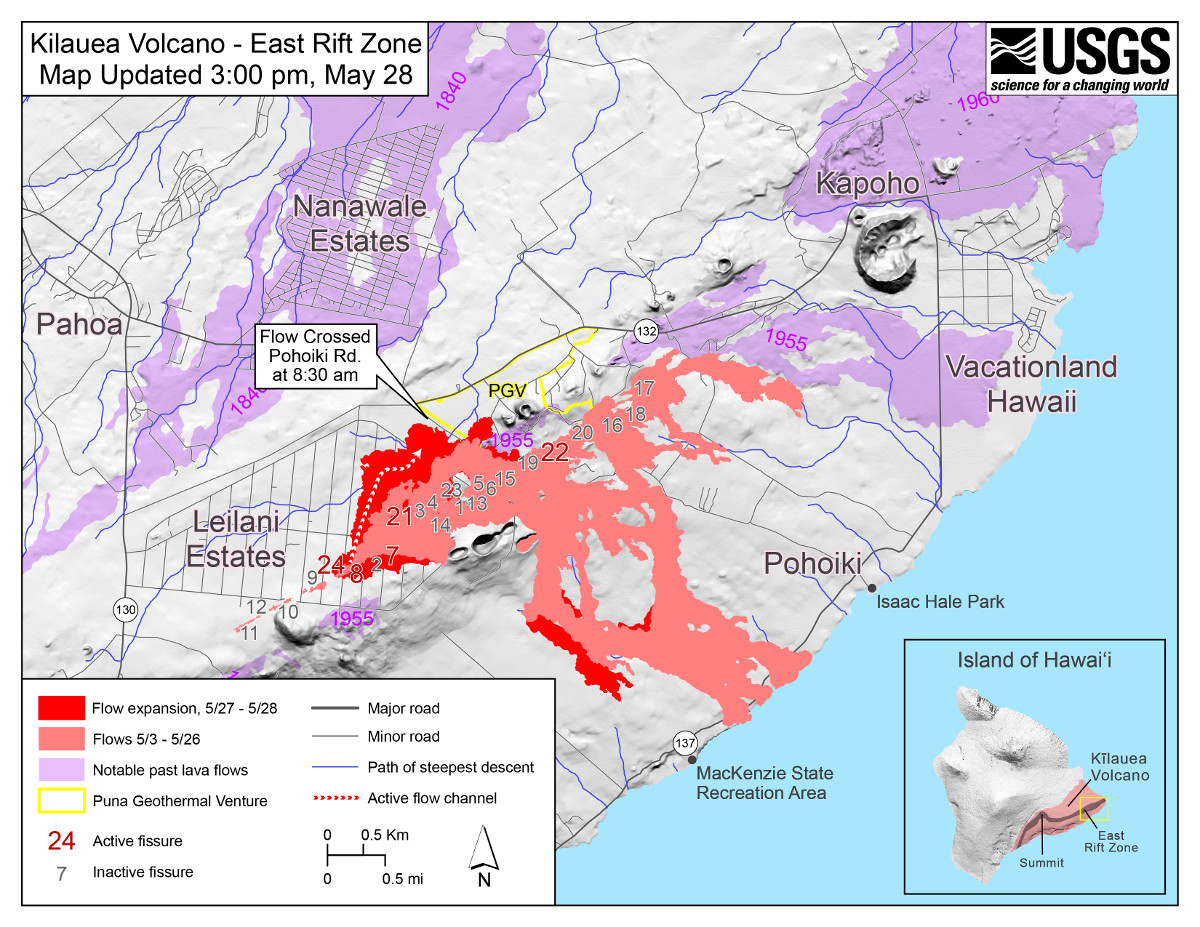 USGS MAP: Map as of 3:00 p.m. HST, May 28, 2018. Given the dynamic nature of Kīlauea’s lower East Rift Zone eruption, with changing vent locations, fissures starting and stopping, and varying rates of lava effusion, map details shown here are accurate as of the date/time noted—and could have changed rapidly since that time. Shaded purple areas indicate lava flows erupted in 1840, 1955, 1960, and 2014-2015.

(BIVN) – Hawaii County Civil Defense says Highway 132 is being shut down between Lava Tree State Park to Four Corners, due to a fast moving lava flow approaching the highway. “Everyone is advised to avoid the area,” a 6:30 a.m. message stated. “Beach Road is the only access into lower Puna. You are advised to make necessary plans and monitor your radio or phone for Civil Defense alerts.”

The lava flow originated from Fissure 8, and began advancing rapidly to the northeast from near Kahukai road before 4 a.m. HST, the USGS Hawaiian Volcano Observatory reported. It crossed Pohoiki Road at 5 a.m. HST and is moving along the northern margin of an older flow toward the PGV access road.

Residents close to the active eruption must remain alert to changes in the flow direction, and are advised to prepare for voluntary evacuation should their areas become threatened.

In addition, an ash eruption at Halema’uma’u crater at the summit of Kilauea last night produced an ash plume 15,000 feet in the air, civil defense reported. Light winds are blowing toward the northwest and ash fall may affect the Volcano and Pahala areas.