PUNA, Hawaii - Yesterday, lava was measured at a little over half a mile away from Ahalanui Beach Park. The lava entry in Kapoho is now nearly 2 miles in width. 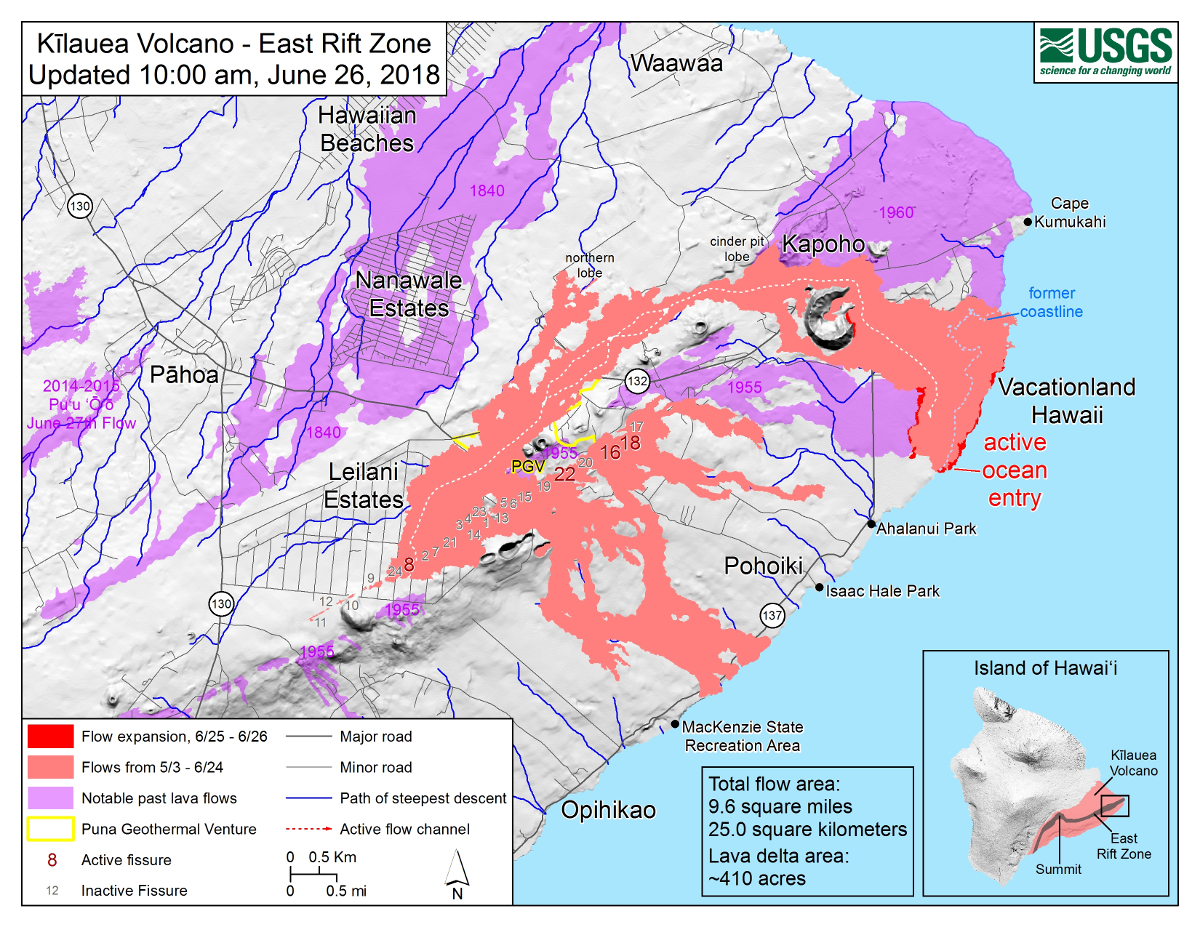 (BIVN) – Lava flows entering the ocean in the area of Kapoho are now nearly 2 miles in width, the USGS Hawaiian Volcano Observatory reported Tuesday. “Lava is entering the sea this morning on the southern portion of the flow front primarily through the open channel,” the scientists said, “but also along a 0.6 mi wide area with multiple laze plumes from smaller oozing lobes.”

The lava is expanding south along the shoreline, officials say, and on Monday was measured at a little over half a mile away from Ahalanui Beach Park. New video released today by Hawaii County, recorded from a helicopter, shows the proximity of the active lava to the treasured Ahalanui park.

“Fissure 22 showed weak spattering and tiny flows around the base of the cone,” the USGS HVO said. “This morning’s overflight crew also observed minor incandescence at Fissure 16/18.”

According to a Hawaii County Civil Defense message at 4 p.m. HST:

Hawaiian Volcano Observatory reports that Fissure 8 continues to be very active and is feeding a lava channel to the ocean at Kapoho. The flow is expanding south along the shoreline. Gas emissions from the fissure eruption and laze at the ocean entry continue to be very high. Currently, there is no immediate threat, but persons near the active flow should be prepared and heed warnings from Civil Defense.

Due to frequent earthquakes, residents in the Volcano area are advised to monitor utility connections of gas, electricity, and water after earthquakes.