HAWAII ISLAND - Lava from the channelized flow entering the ocean continues to expand to the north into Kapoho Beach Lots and the Four Corners intersection. 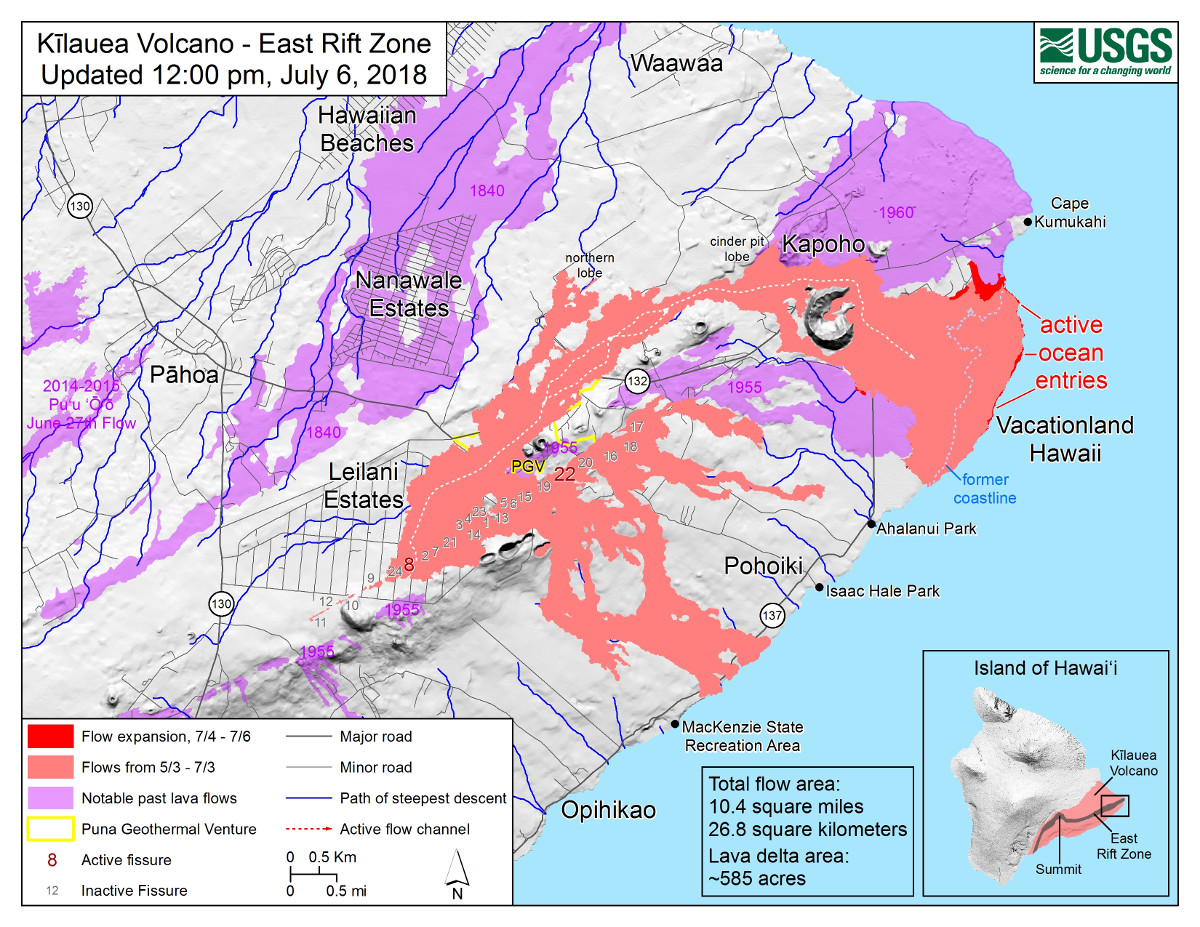 (BIVN) – Fissure 8 continues to supply lava to the open channel with intermittent small, short-lived overflows, while the summit of Kilauea has undergone another collapse explosion.

The energy from the 6:04 p.m. Kīlauea summit collapse explosion event was equivalent to a Magnitude 5.3 earthquake. Inward slumping of the rim and walls of Halemaʻumaʻu continues in response to ongoing subsidence at the summit.

The Hawaii Police Department reports one lane of Highway 11 remains closed at the 30 mile marker near Volcano Golf Course subdivision due to a large sink hole. An assessment will be performed to determine the status of the road. 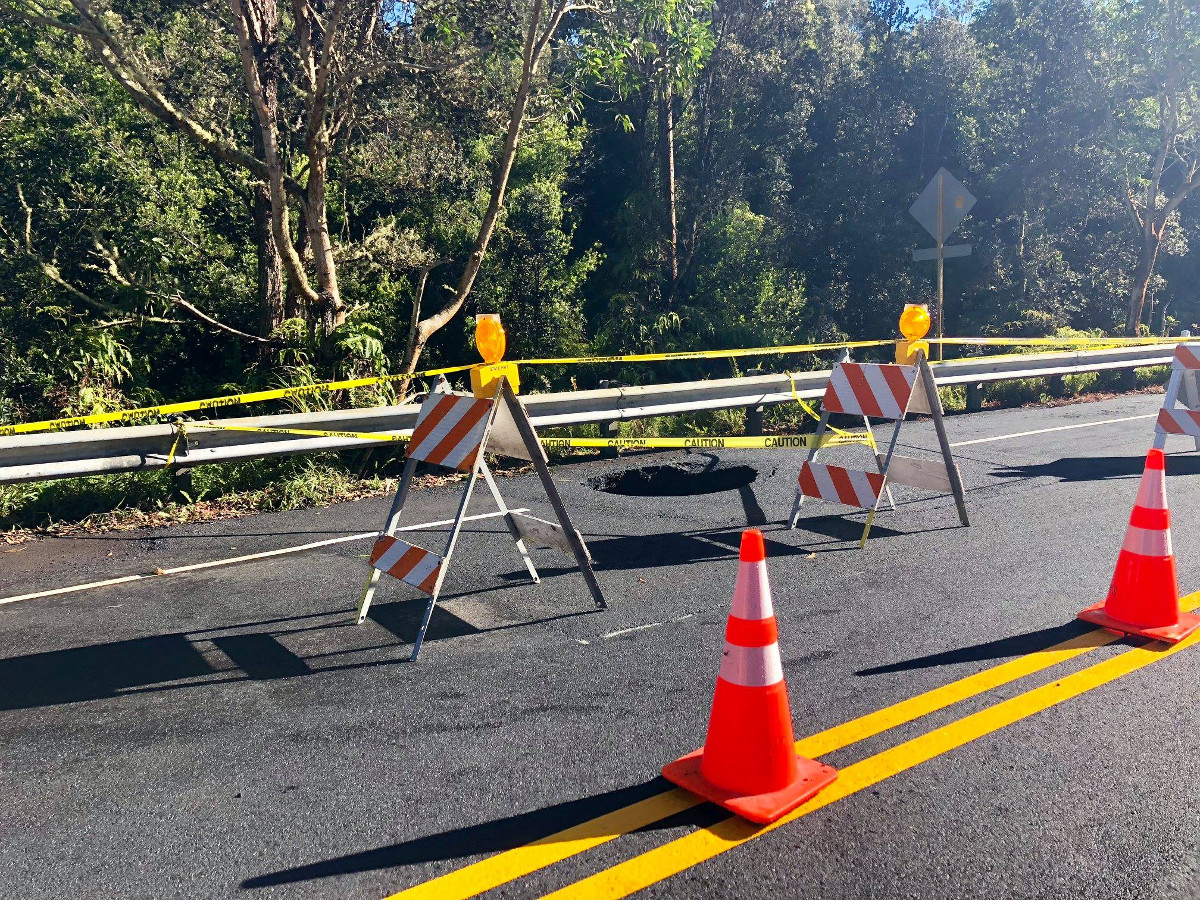 photo of the Highway 11 sinkhole courtesy the National Park Service

Fountains from Fissure 8 spatter cone continue to supply lava to the open channel with intermittent small, short-lived overflows. The spatter cone is now about 55 m (180 ft) tall at its highest point, and fountains rarely rise above that point. As shown by the July 02 thermal map of the flow field, the main lava channel no longer reaches the coast, the channel flow seems to stall about 0.8 km (0.5 mi) inland of the coast; however, lava is oozing into the ocean from multiple points primarily along the northern section of a broad flow front. The large flow active over the past 48 hours from multiple ooze-outs along the northern edge of the flow continued to be active between Kapoho Crater and the ocean and continued to be the dominant ocean entry and laze plume this morning.

The following policies remain in effect, according to Hawaii County Civil Defense:

USGS reported this morning that Fissure 22 is still weakly spattering with a weak flow extending east.

Disaster assistance is available island-wide to individuals and businesses in Hawaii County that have been affected by the Kilauea eruption, county officials reminded in tonight’s message. “Starting Saturday, The Disaster Recovery Center will be open daily from 8 a.m. to 4 p.m. weekends, and 8 a.m. to 6 p.m. weekdays,” civil defense said. “The Center is located at the Keaau High School Gym. If you need a ride, buses run between the two shelters and the Disaster Recovery Center.”

The County also reports the Salvation Army is operating a distribution center at the Pahoa Community Center on Tuesday, Thursday, and Saturday from 9 a.m. to 12 p.m. and 2 p.m. to 5 p.m. “If you have items you wish to donate, please coordinate with the Salvation Army at (808) 756-0306,” civil defense stated.