PUNA, Hawaii - Recent drone video posted by the USGS Hawaiian Volcano Observatory showed no incandescence within Fissure 8, although the cone continued to fume. 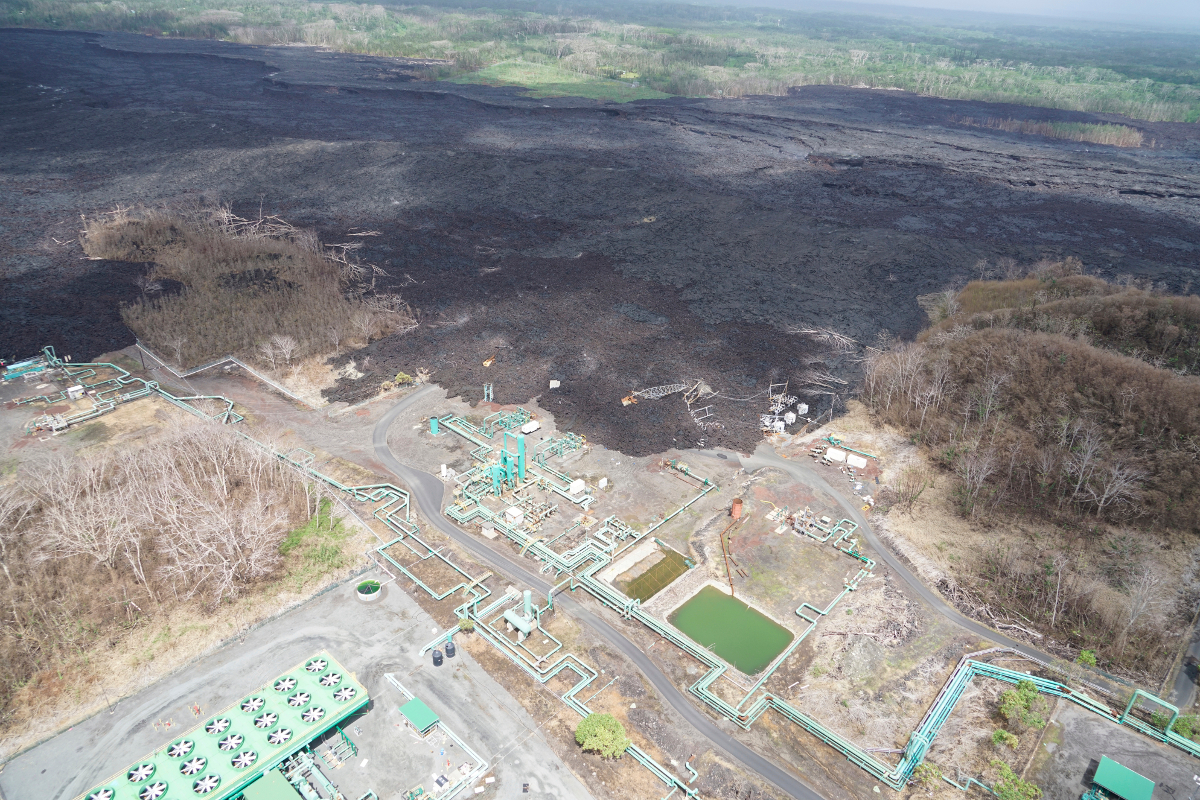 On the lower East Rift Zone, there is no red lava to be seen. Recent drone video posted by the USGS Hawaiian Volcano Observatory shows no incandescence within Fissure 8, although the cone continues to fume.

Scientists say they do not see any deformation patterns that would be consistent with rift opening or closing. If the subsurface magma intrusion is cooling, scientists say, those effects are not yet strong enough to be detectable.

The dramatic transformation along the Puna shoreline can now be better seen in the absence of a laze plume. Long stretches of black sand beach have been created along Kapoho and also at Pohoiki. The boat ramp that survived the lava flow is now buried in sand. 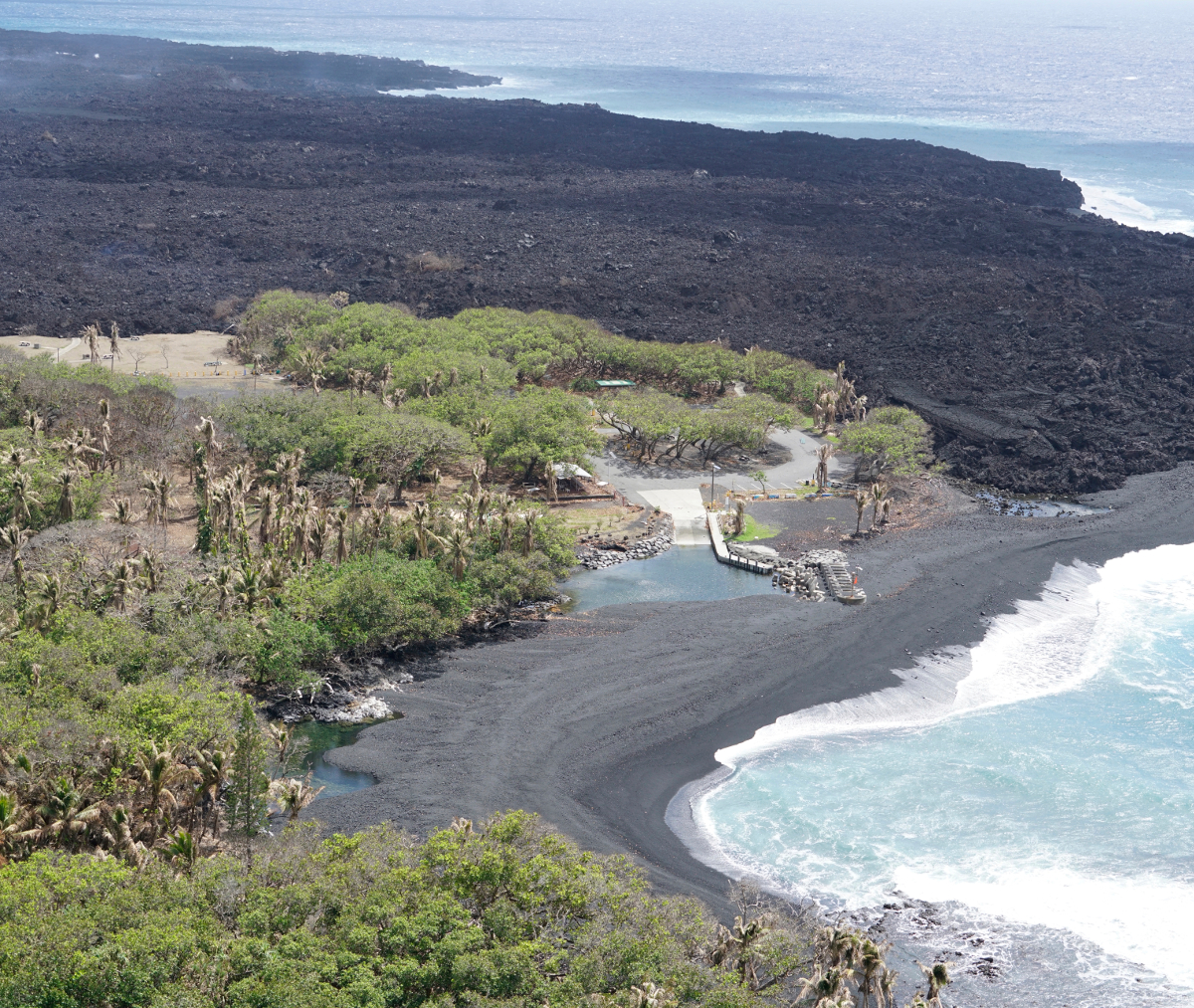 Travel in the area is still restricted. However, the following checkpoint changes will take effect on Friday, August 31, 2018 at 6 p.m.:

On Friday, Mayor Harry Kim signed a Fourth Supplementary Emergency Proclamation, finding that “the lava field created by the present eruptive event of May 3, 2018 and further depicted in Exhibit ‘A’, is a dangerous area and condition and therefore, the public should not be traversing it.”

The Proclamation declares all prior proclamations remain in effect, and the public is prohibited from entering or congregating within 50 yards of the lava field, unless otherwise authorized by Hawaii Civil Defense Agency. 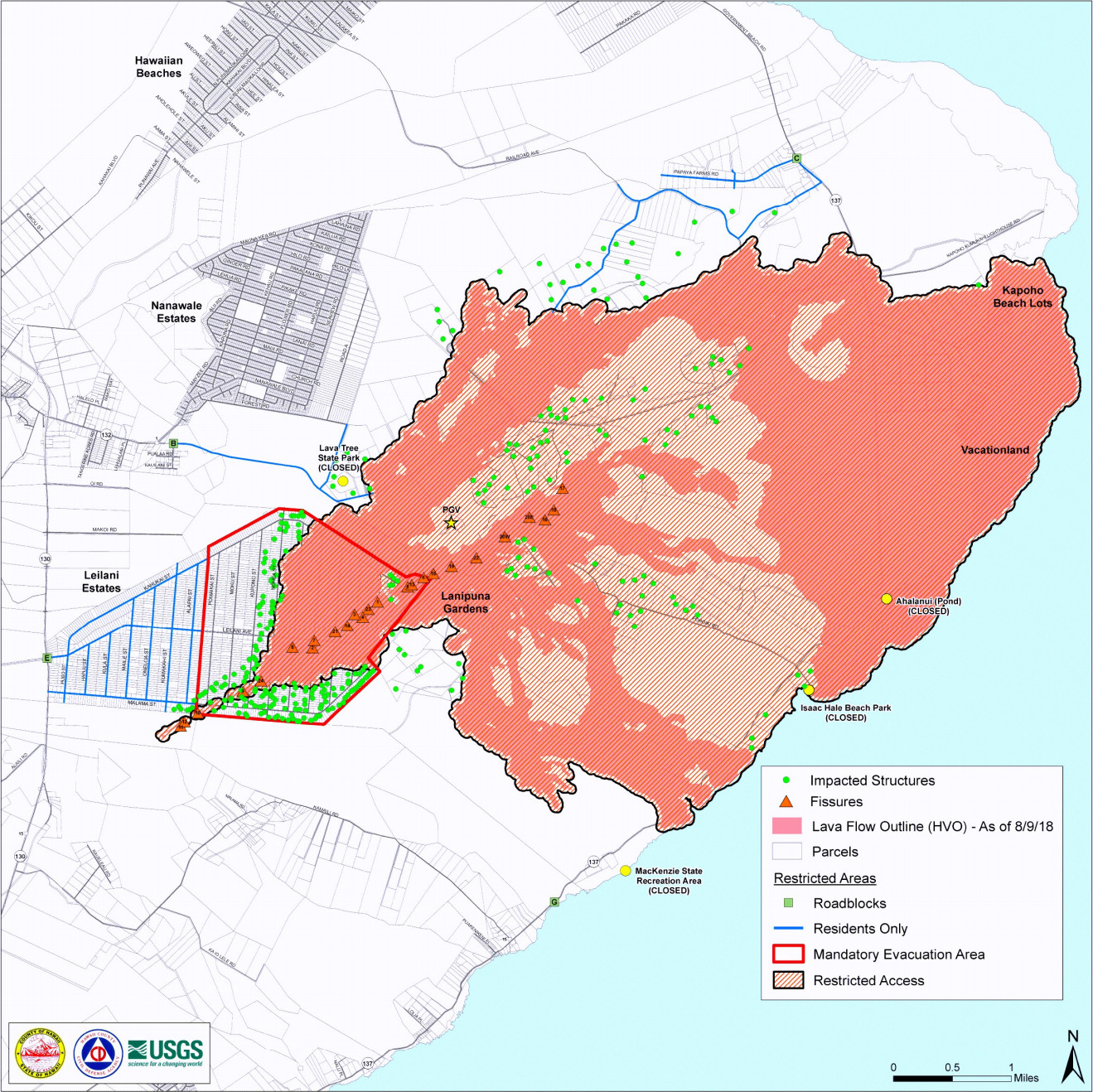 Exhibit ‘A’ from the Fourth Supplementary Emergency Proclamation

“Please be aware that the community needs to respect the private property rights of the residents in the lava zone, and trespassers will be prosecuted,” a County news release stated.

The mandatory evacuation area in Leilani Estates is still in place. Many residents remain in a state of limbo, unable to return to their homes in the evacuation zone.

The Hawai‘i County Department of Parks and Recreation announced the Pahoa Emergency Evacuation Shelter will cease operations at noon on September 17. There are still about 45 evacuees left in the shelter, and the county says it will assist them with transitional housing plans. At one point, the shelter housed over 550 evacuees who were displaced by the eruption. Officials say it has been the longest running emergency shelter in the history of Hawai‘i.

“We’re working with the American Red Cross, Salvation Army, Hope Services, the Office of Housing and Development, the Office of Aging, and FEMA to assist the remaining shelter residents with housing transition plans,” said Roxcie Waltjen, Director of Parks and Recreation. “I’m hopeful that those remaining in the shelter will take the utmost advantage of the services being offered in resolving their housing issues.”

The U.S. Small Business Administration has approved more than $30 million in federal disaster loans for Hawaii businesses and residents impacted by the Kilauea volcanic eruption.