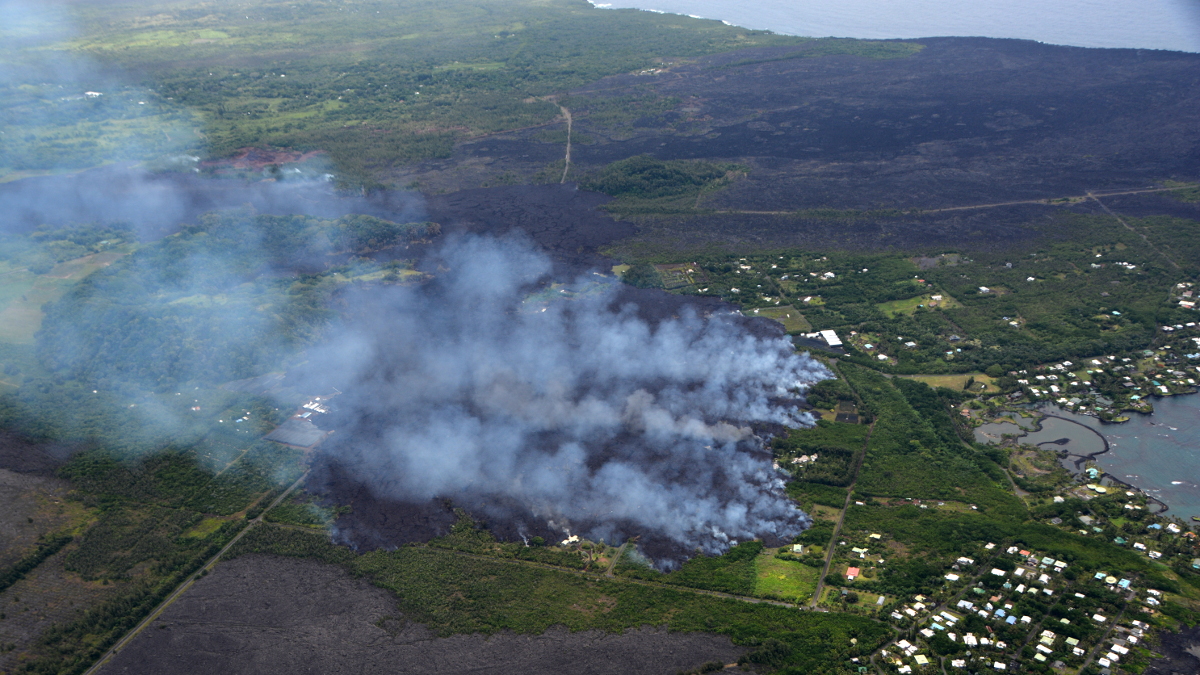 HAWAII ISLAND - Hawaii’s agricultural community "have been greatly transformed by recent disasters and our producers desperately need the maximum assistance practicable to get back on their feet," they wrote.

We are following up on the letter that we sent you in June 2018 regarding the impact of recent disasters on Hawaii farmers and producers. Specifically, we request that the U.S. Department of Agriculture (USDA) utilize the authority provided in the Commodity Credit Corporation Charter (CCC) Act (15 U.S.C. 714c), the authority provided in Section 32 of the Agricultural Adjustment Act Amendment of 1935 (P.L. 74-320, 7 U.S.C. 612c), further referred to as “Section 32,” and/or allocate a portion of the billions of dollars that USDA is allocating to offset the impacts of tariffs to provide ad-hoc disaster assistance for Hawaii farmers.

The utilization of CCC authority to provide assistance following disasters is not unprecedented. Recently, in the wake of 2017 hurricanes impacting farmers and producers in Puerto Rico, USDA issued a Notice of Funding Availability (FR Doc. 2017-22868) to provide up to $12 million to support impacted dairy operations. Also, just this month Secretary Perdue announced that USDA, utilizing Section 32 authority, would purchase up to $50 million worth of fluid milk to help dairy producers struggling with low prices. Additionally, USDA has announced that up to $12 billion will be provided to relieve American farmers that have been negatively impacted by retaliatory tariffs resulting from recent trade negotiations. Providing similar opportunities and assistance to our producers in Hawaii would supply critically needed resources for many, some of whom have lost everything and will have to completely restart their farms and businesses.

Hawaii’s agriculture producers have been deeply impacted by weather and geological events this year. In April of this year heavy rains fell on Oahu and Kauai, with nearly 50 inches falling in a 24-hour period. These rains resulted in destructive flooding and prompted the issuance of a Major Disaster Declaration (FEMA-4365-DR). This flooding event damaged or destroyed more than 760 homes and impacted over one-third of the state’s taro crop. In May, shortly after the flooding event, a volcanic eruption began on Hawaii Island prompting the issuance of a Major Disaster Declaration for Hawaii County (FEMA-4366-DR). While the volcanic activity is ongoing and could result in future additional damage, the latest data indicate that lava has so far covered over 6,000 acres of land, destroyed more than 700 homes, and buried or isolated roughly 1,600 acres of farms in the Puna area of Hawaii Island. Finally, in late August of this year Hurricane Lane further strained farmers when it brought as much as 50 inches of rain to some parts of East Hawaii Island.

Farms that have been impacted by recent disasters include those that contribute to Hawaii’s floriculture and nursery product industry, which was valued at $77.6 million in 2017 and provided as many as 2,500 jobs in 2012. Other affected farms contribute to Hawaii’s vegetable crop industry, which was valued at $45.4 million in 2017 and contributed to nearly 2,000 jobs in 2012. With respect to the volcanic activity, aside from farms being directly impacted by lava, other farms in the surrounding area have already shown losses due to volcanic smog, or “vog,” and acid rain, including those that produce coffee and macadamia nuts, which for the 2017-2018 crop year are valued at $43.8 million and $53.9 million, respectively and accounted for a significant portion of the nearly 4,400 jobs in 2012 reported for fruit and tree nut farming.

The dire situation that our farmers and producers are currently experiencing as a result of recent disasters cannot be overstated. We are already hearing reports of farmers, who employed multiple families and had millions invested in their agricultural business, having to lay off all of their employees and completely walk away from the agricultural industry because they lost all of their assets and cannot qualify for new loans to start over. Agriculture in Hawaii is not easy during the best of times and now during the worst of times, many of our farmers and producers are being forced to give up on agriculture.

As illustrated, many aspects of Hawaii’s agricultural community have been greatly transformed by recent disasters and our producers desperately need the maximum assistance practicable to get back on their feet and continue contributing to our agricultural industry. As such, we request that USDA utilize the existing authority provided in the CCC Act, Section 32, and/or provide a portion of the funds set aside to offset retaliatory tariffs to our impacted farmers and producers in Hawaii.

Thank you for your consideration. We are available to provide you with appropriate points of contact to further the discussions upon request.