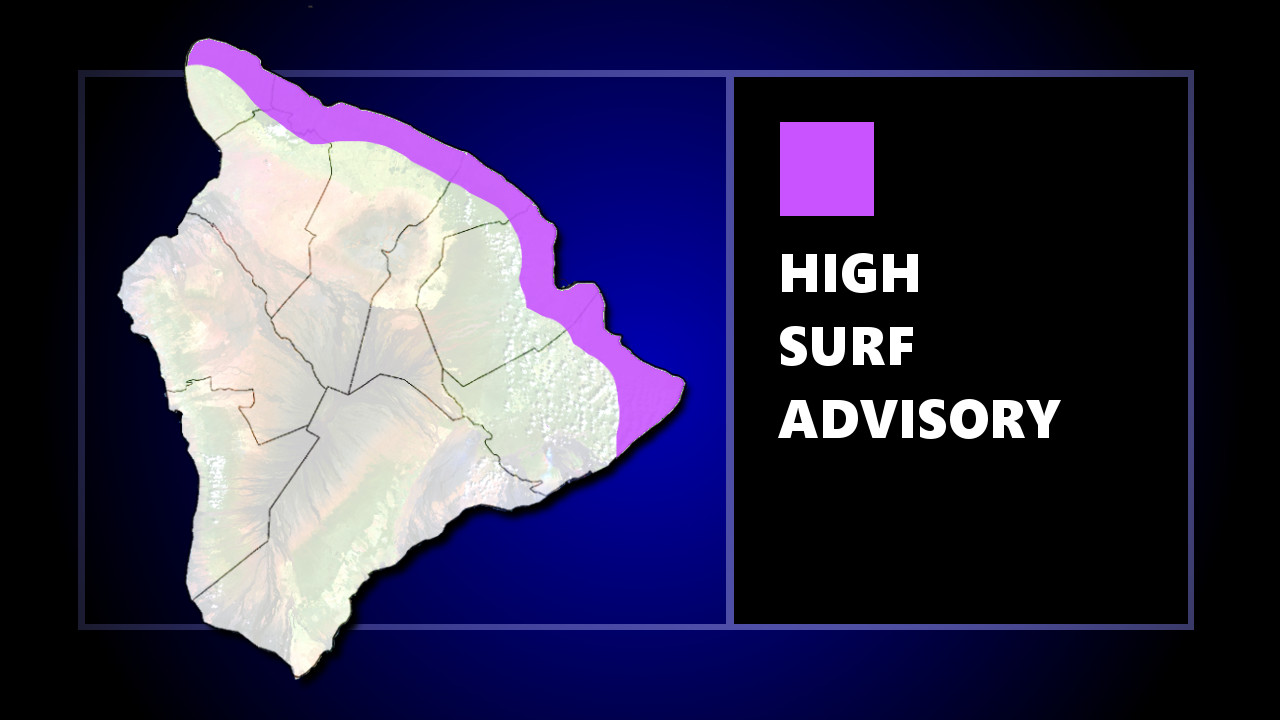 Surf heights will be 10 to 15 feet along north facing shores of the Big island exposed to north-northwest swell.

The swell will be peaking today and decreasing through Thursday and Friday, forecasters say.

“We will continue to monitor should the swell peak higher than forecast, requiring a warning,” the National Weather Service wrote in a morning discussion.