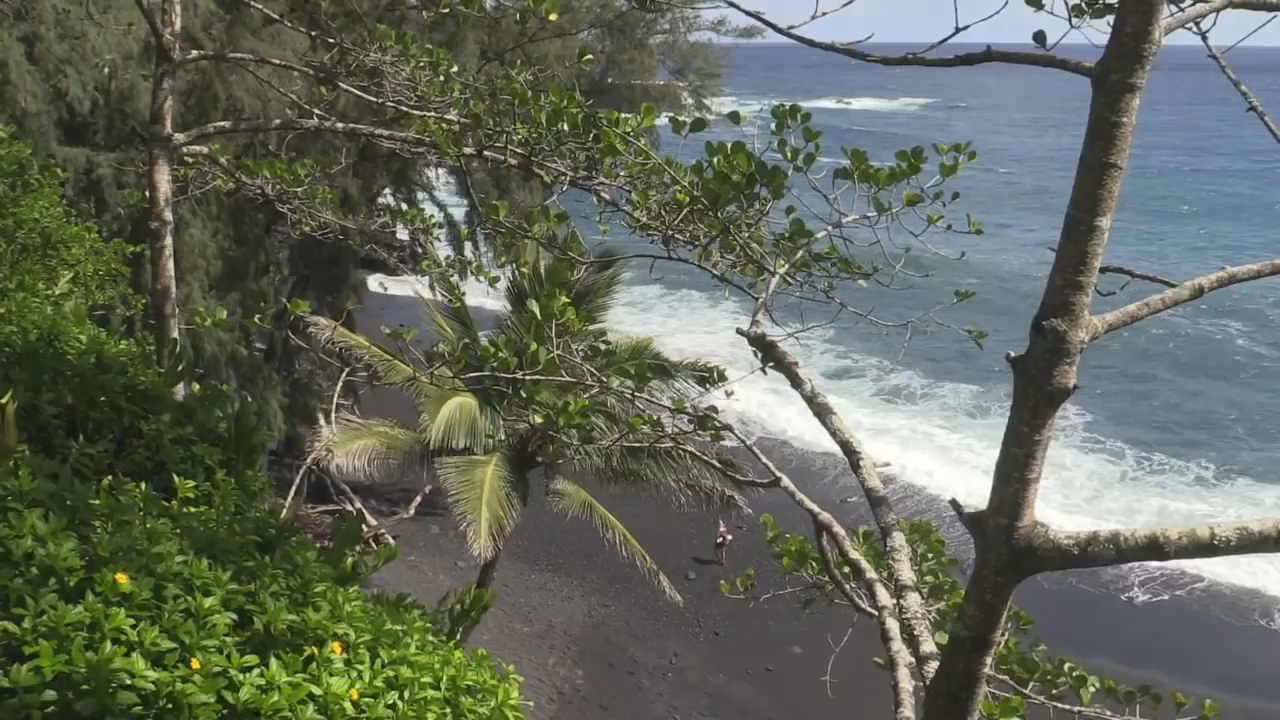 File image of Kehena Beach from video by Daryl Lee

(BIVN) – A man apparently drowned at Kehena Beach on Saturday.

The Hawai’i County Fire Department issued a press release saying that upon arrival, the man was laying on the black sand beach, surrounded by bystanders who were performing CPR.

According to the fire department:

Company 10 (Engine, Medic, Brush) responded to a drowning at Kehena beach. On scene approx 30’s male was found at the bottom of Kehena cliffs by the waters edge with bystanders performing CPR. HFD took over resuscitation efforts. CPR was performed by 6 HFD personnel on the beach for approximately 25-30 minutes. Patient was then extricated up the rocky pathway and transported to HMC with continued resuscitation efforts enroute.

The cause of the incident is undetermined.