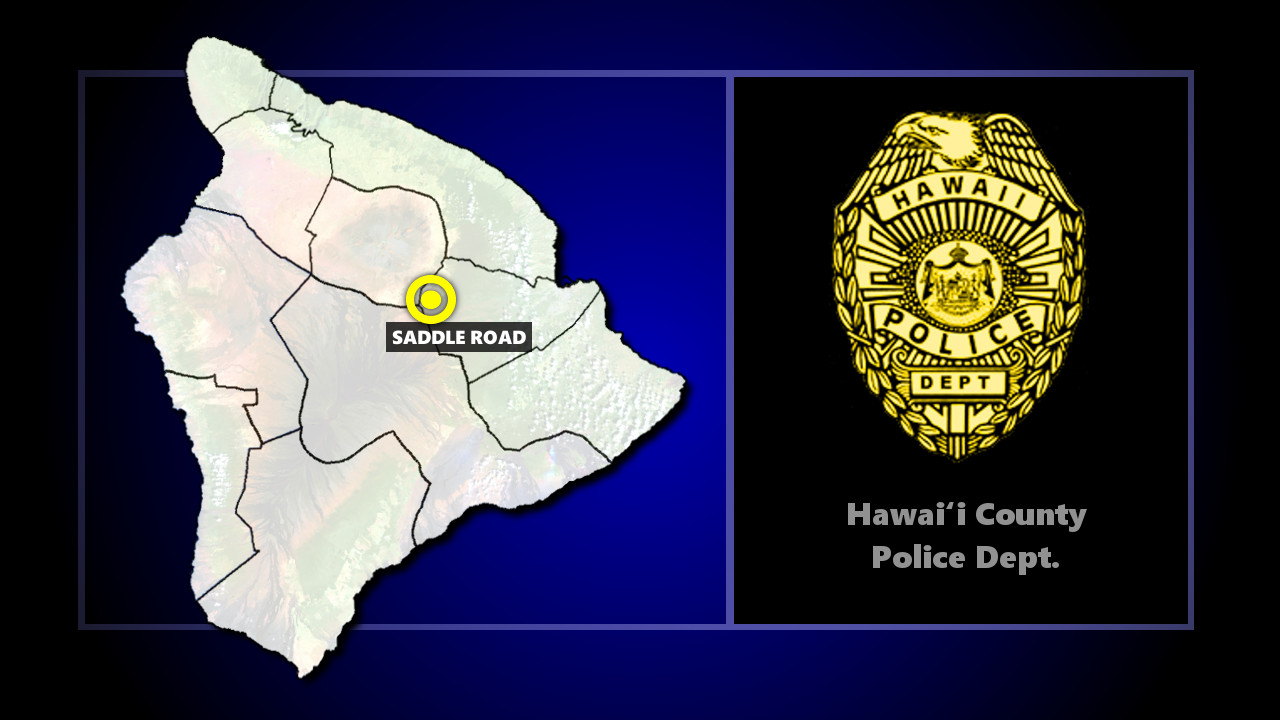 (BIVN) – A fatal crash closed the cross-island Saddle Road on Wednesday morning, as police investigated the collision between a passenger van and a fuel tanker.

Responding to a 4:41 a.m. call, police determined that a 2015 Ford passenger van was traveling westbound on the Daniel K. Inouye Highway, near the 21-mile marker and crossed the center line and was sideswiped by a 2014 Kenworth fuel tanker with a trailer that was traveling eastbound.

There were a total of 9 persons in the passenger van. Three rear seat passengers were transported to the Hilo Medical Center via ambulance, a 22-year-old Hilo man, a 23-year- old Hilo woman and a 23-year-old Kea’au man where they were treated and released for their injuries.

The driver of the Kenworth, a 48-year-old Hilo man, was not injured.

The woman who died was taken to the Hilo Medical Center, where she was pronounced dead at 10:43 a.m.

It appears that speed was a factor in this crash.

The Daniel K. Inouye Highway was closed for approximately 6 hours while the Traffic Enforcement Unit continued this investigation.

A Negligent Homicide case has been initiated, and police ask anyone who witnessed this crash to call Officer Erhard Autrata at (808) 961-2339.

This is the 28th traffic fatality this year compared with 30 at this time last year.