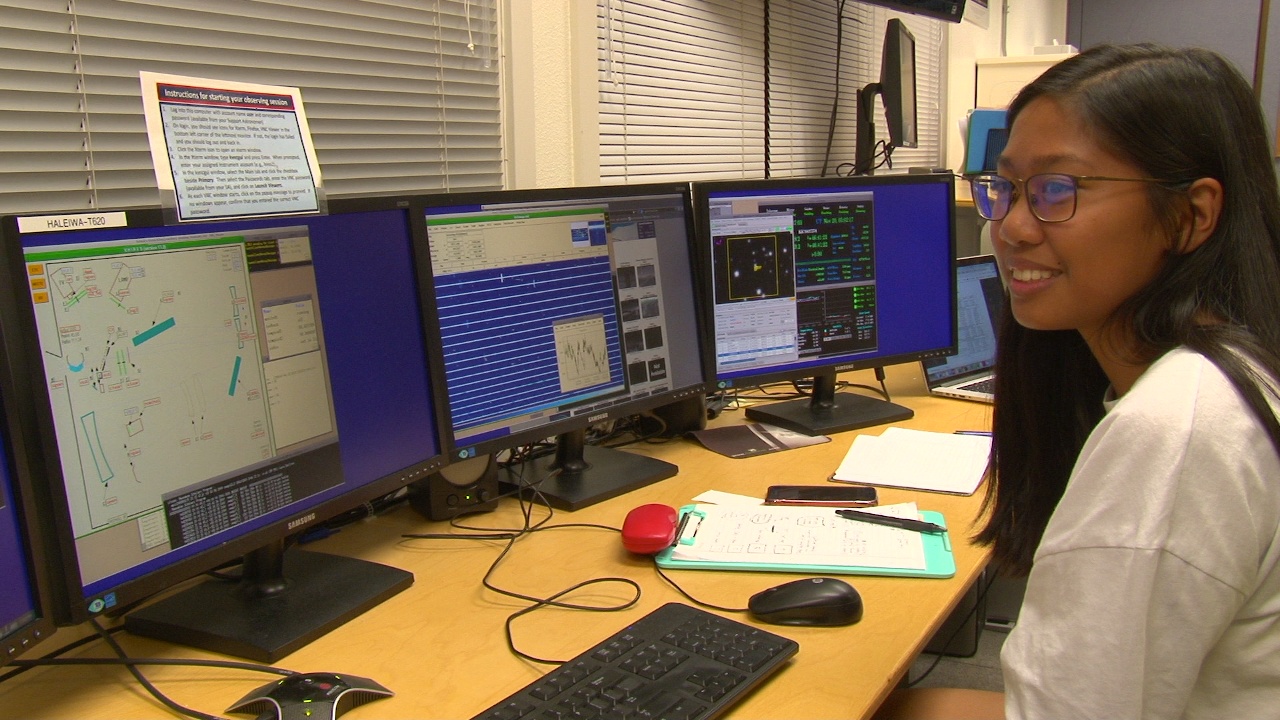 “So Laura is one of our Maunakea scholars students and she used the Keck Observatory to observe a what we call a circum binary system,” said Canada-France-Hawaii-Telescope Outreach Program Manager Mary Beth Laychak.

“Kepler thirty five is one of the few circum binary systems we know of. And so it’s a really unique opportunity to study it and figure out how the planet stays in orbit around two stars,” Laychak said. “So this is two stars that orbit each other and there’s a planet orbiting both stars. It’s basically tattooine from Star Wars.”

“I chose Kepler 35 because I thought the two stars was really kind of similar to the sun,” said Daclison, “and I thought if Earth had two suns just like Kepler thirty five the system maybe there would be some easier correlation between them.”

Daclison admitted she never watched Star Wars before, “but I know that there is this picture of Luke Skywalker walking towards the two suns kind of like in a sunset and it’s really pretty with all the colors. And when I read about the two stars around one planet. I got. I thought of that picture and I was I wanted to see if Earth had two suns and if that would correlate with kind of like the tattooine of that movie.”

“This is definitely science that you would expect to come from a professional astronomer,” Walawender said, “and in fact, once Laura had contacted us and showed me her proposal I got her in touch with some professional astronomers who were doing very similar work on slightly different types of stars in fact and so they were able to come in and help her plan the observations because they come in with the knowledge of how the instrument the telescope works. And she actually got them to look at a slightly different type of object than they might have otherwise. So it’s definitely a class of science that we would normally be doing on Keck.”

“What I’m gonna do with the data I took this night is I’m going to use it for my science fair project and I’m trying to find out why circum binary planets are still in orbit and find more recent data about it because the data I’ve seen before is kind of old like 2012,” said Daclison. “So I’m hoping there’d be something new, too.”