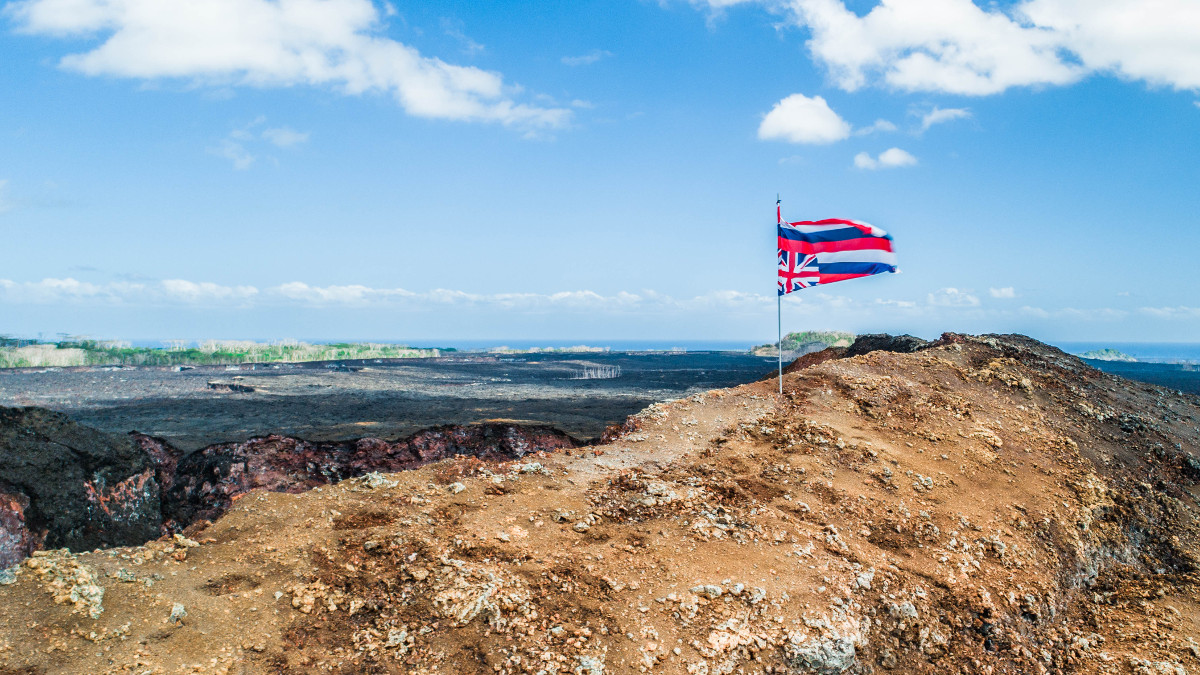 PUNA, Hawaiʻi - A neighborhood drone pilot says he first saw the upside down Hae Hawaii about a week ago, firmly planted at the summit of the eruption site in Leilani Estates.

(BIVN) – An upside-down Hawaiʻi flag has been planted at the top of Fissure 8, the inactive volcanic feature in Leilani Estates that was the focal point of this summer’s destructive eruption of Kīlauea Volcano on the lower East Rift Zone.

The upside-down Hae Hawaiʻi commonly symbolizes a nation in distress, from the perspective of Hawaiian Kingdom supporters.

Hawaiʻi County “maintains a closure of the entire flow field and the vents and prohibits access to the area unless authorized through Civil Defense,” the USGS says on a weekly basis.

Clive Cardozo, a resident of Leilani Estates and drone pilot, says he first noticed the flag a week ago, and “waited for a favorable day with less wind and rain,” in order to capture an image of it. “It was pretty windy the first time I tried to get it and the lighting was horrible but the flag remains steadfast,” he said. “Must be firmly planted.” 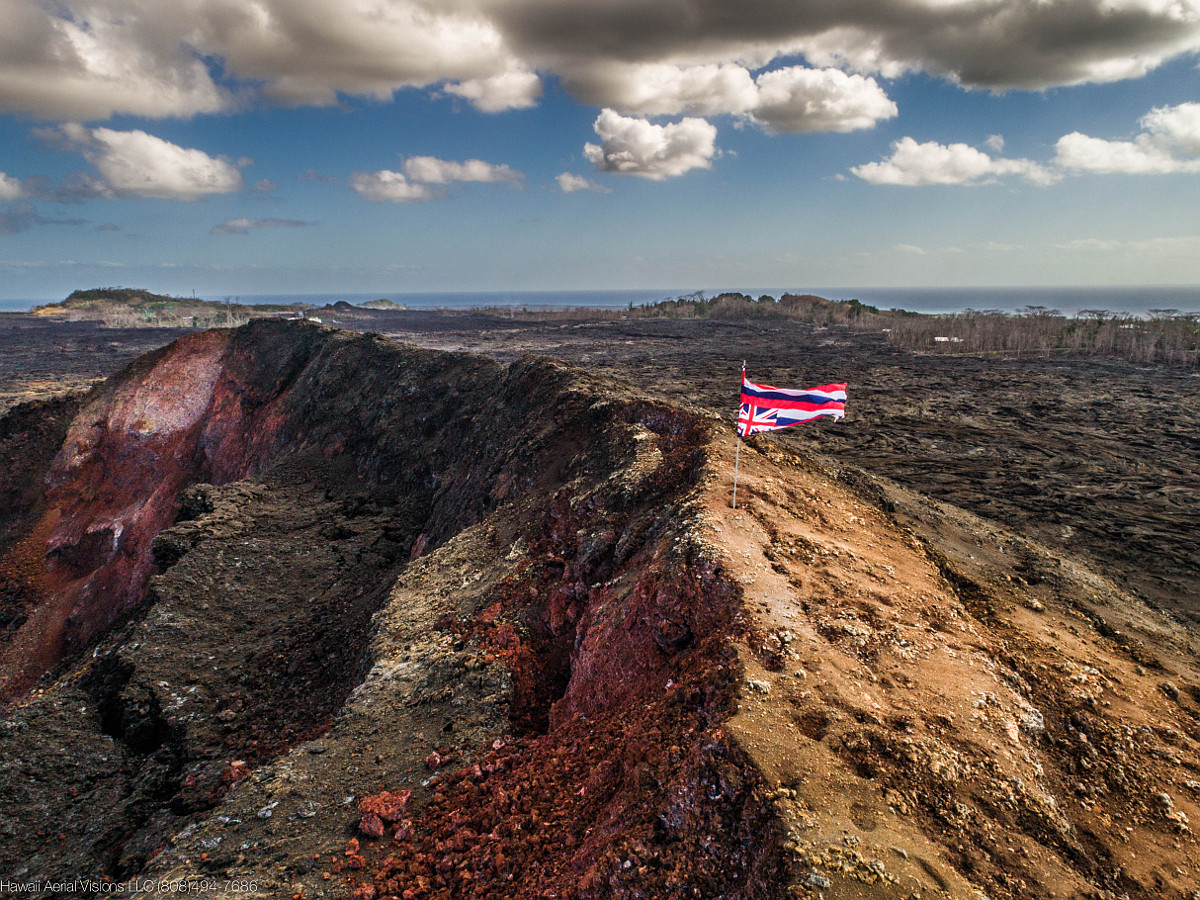