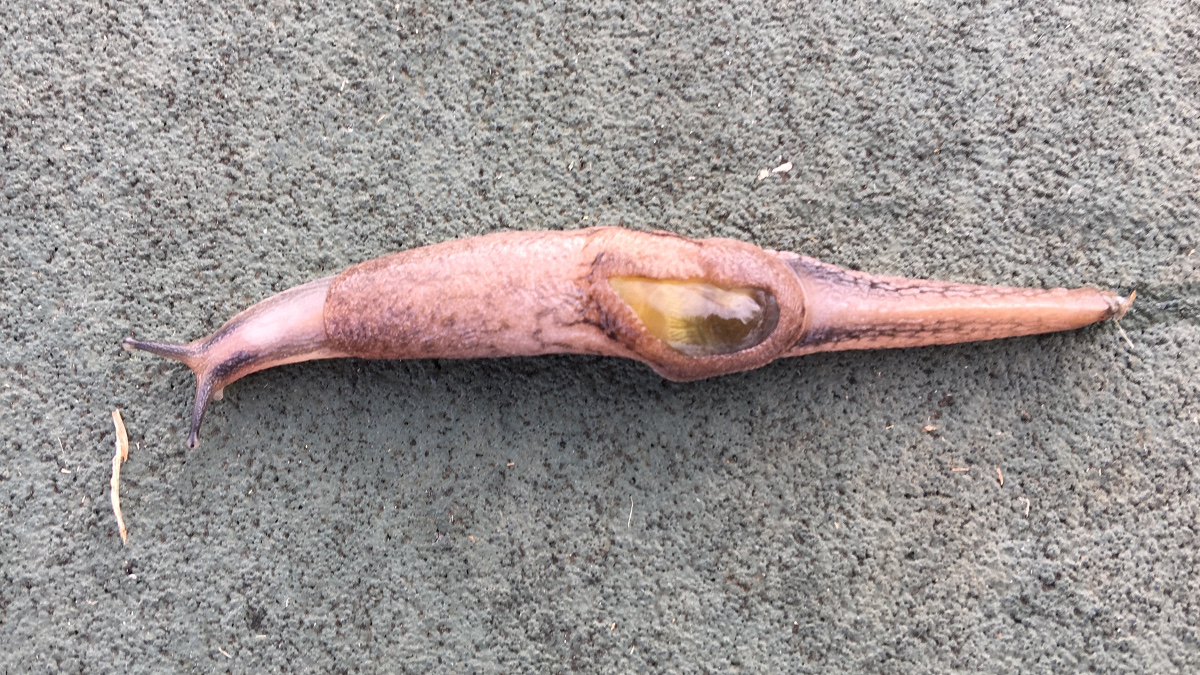 Photo of parmarion martensi, aka the semi-slug, captured in Kohala by students

NORTH KOHALA, Hawaiʻi - The invasive Parmarion martensi has become established in the northern-most district of the Big Island.

(BIVN) – The invasive semi-slug, Parmarion martensi, a known vector for rat-lungworm disease, has been found in North Kohala on Hawaiʻi Island.

Staff from the University of Hawaii-Hilo Daniel K. Inouye College of Pharmacy, or DKICP, recently confirmed a collection of the slugs from the northern Big Island district. “Inquiries of local residents further revealed multiple sightings in the area, indicating that this invasive pest has established in the Kohala district of the Big Island,” reported the Big Island Invasive Species Committee in a media release issued on Thursday.

The BIISC provided information about the invasive slug:

Commonly called the “semi-slug” for the partially formed shell on its back, the semi-slug has been associated with increased incidences of Angiostrongylus (rat-lungworm disease). The parasite, Angiostrongylus cantonensis, infects rats and snails or slugs at different times during its life cycle. Humans can contract the disease after accidentally consuming the parasite from a slug or snail. Cases range from severe discomfort and illness to permanent disability, or even death, depending on the amount of microscopic parasites consumed. Although all snails and slugs can carry the infective form of the parasite, semi-slugs are known to be carriers of a much heavier load of parasites.

The semi-slug is well established elsewhere on the island. The discovery of the semi-slug population was made by Kohala school students, BIISC says.

The presence of the slug was confirmed through the efforts of students at Kohala Middle School, who are participating in a citizen science effort led by teacher Cristy Athan. Athan enrolled in a professional development class offered by UHH-DKICP and the Big Island Invasive Species Committee to learn more about rat lungworm and invasive rats and slugs. Teachers are taught safe handling protocols for the collection and disposal of snails and slugs, and are guided to develop an Integrated Pest Management Strategy to reduce slug and snail populations in school gardens. The students embraced the project and have enthusiastically committed to their roles as ambassadors for rat lungworm prevention. “They’re so into it,” says Athan. “Every single day, they’re telling me a new slug or snail story!”

The BIISC release goes on to talk about the work of Kay Howe, who educates students about the semi-slug as she works with school gardens.

Funded by the Hawaii Community Foundation’s Career Connected Learning STEM grant, the teacher professional development class offers standards-aligned lessons for teachers to use in their classrooms to increase awareness and safety in their school and at home, and to contribute to ongoing scientific efforts to develop a better understanding of slug/snail behavior. Kay Howe, DKICP education coordinator at UHH, was inspired to create the curriculum after her son contracted a serious case of the disease in 2008. Although she had worked at a school garden in Waimea the year before, she had never heard of rat lungworm disease. Over the years of supporting residents and visitors who contracted RLW, Howe often heard a similar sentiment: before diagnosis, many of them had never heard of it. “I was concerned because my mind kept coming back to that school garden. As school gardens were being put in at schools across the island I was so excited for the opportunity for the students to learn about agriculture and growing their own nutritious food, but I also worried – what are they doing about rat lungworm? Do they even understand the risk?” 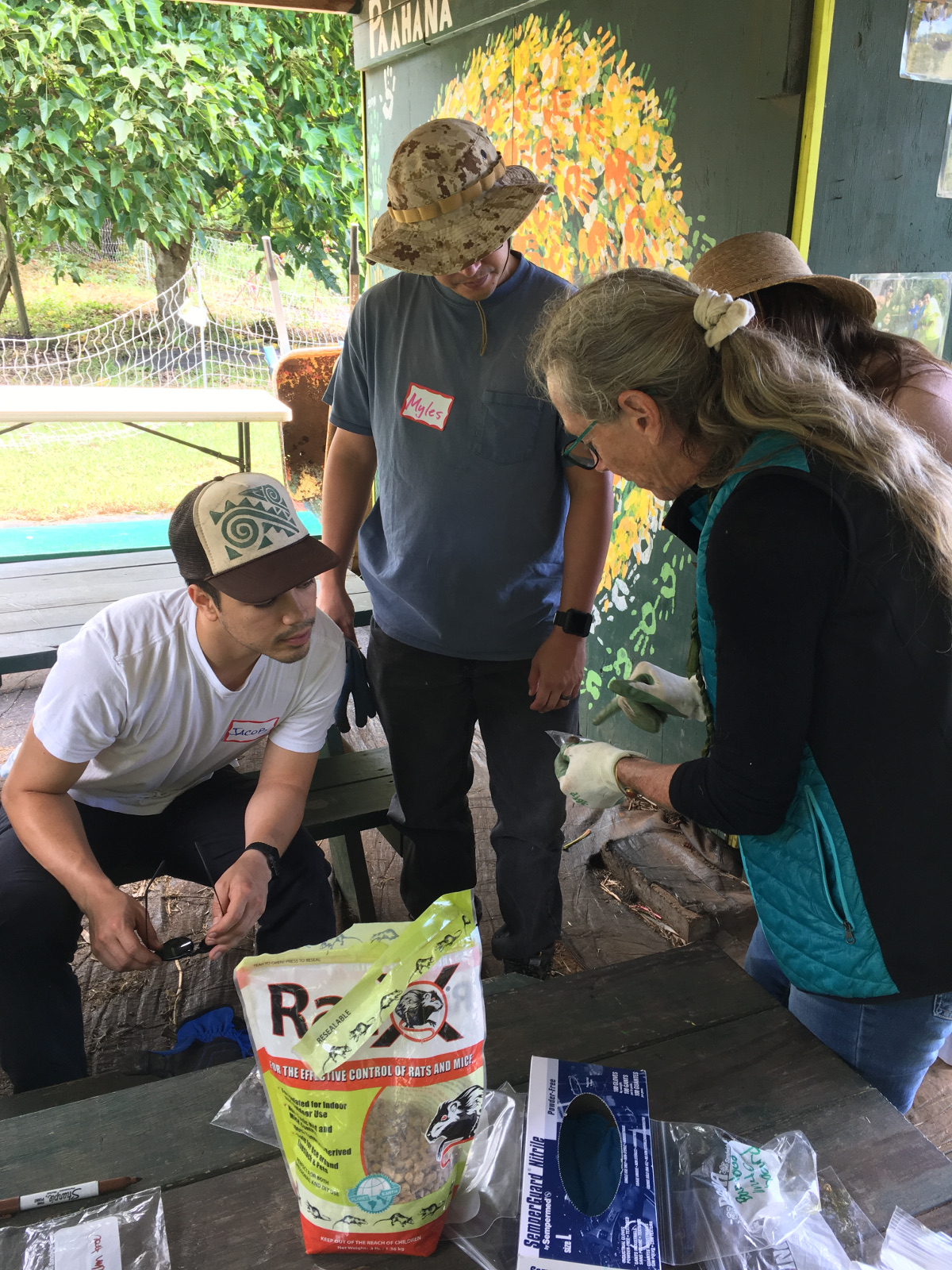 Howe talked about finding semi-slugs in Waimea a few years ago, during this testimony before the Hawaiʻi County Council in 2017.

Residents of Kohala are being asked to be vigilant for the semi-slug and to be extremely careful with washing garden vegetables, BIISC says. “Slugs or snails should never be collected with bare hands – gloves or chopsticks can be used to dispose of slugs in heavily salted water. Slug baits can reduce populations around gardens and yards,” the release says.

Resources on RLW and on the teacher training can be found at biisc.org.