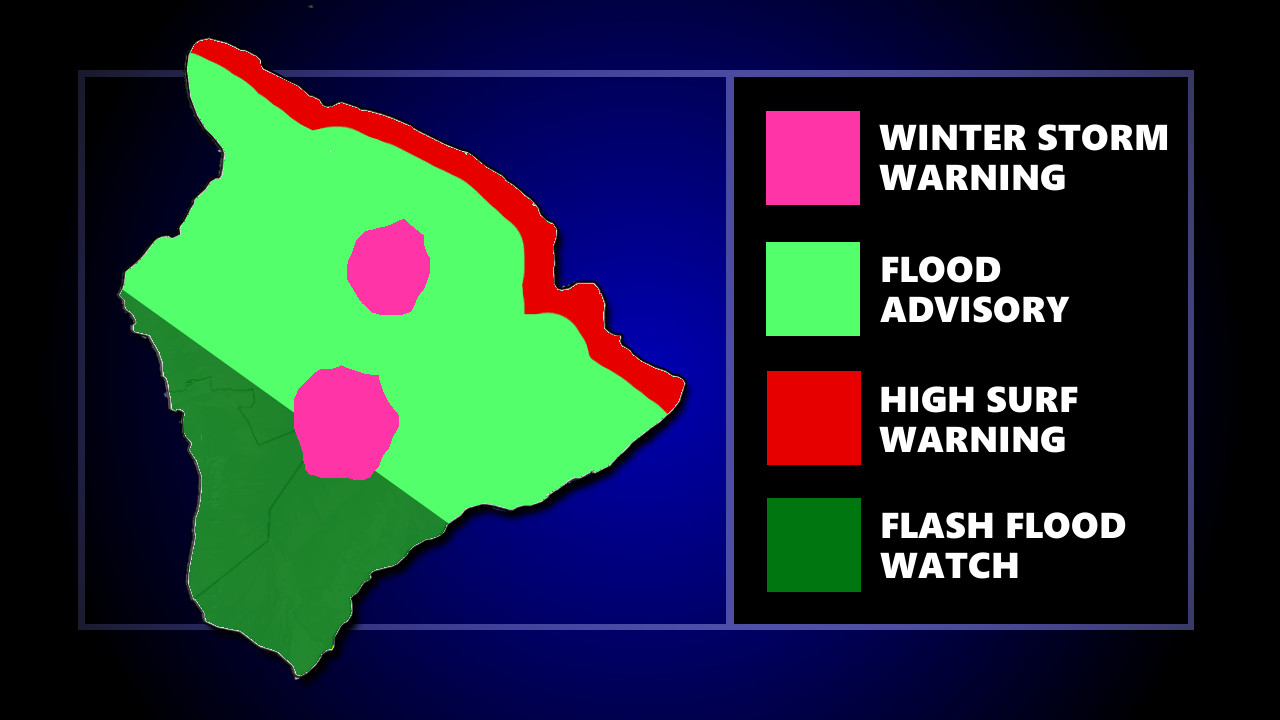 Flood Advisory For Most Of Hawaii Island

(BIVN) – A Flood Advisory is in effect for most of Hawaiʻi island, with the exception of parts Kona and Kaʻū, according to the weather forecasters.

“Water vapor imagery shows an upper level low over the main Hawaiian Islands,” stated the National Weather Service. “This has caused the airmass over the area to become unstable. Radar imagery shows numerous showers and isolated thunderstorms over the area. Some of these showers are heavy at times. Expect this weather pattern to continue through the overnight hours. ”

At 6:15 p.m. HST, radar indicated persistent downpours from near Hawi, along the Hamakua Coast down to Hilo, and extending south into the Puna District, forecasters said. Other scattered downpours were over the leeward slopes and interior of the island, and near Hawaiʻi Volcanoes National Park.

Locations in the advisory include but are not limited to Hilo, Kailua-Kona, Paʻauilo, Waipiʻo Valley, Orchidlands Estates, Kukuihaele, Hawi, Pepeekeo, Keaʻau, Waimea, Kawaihae and Honokaʻa.

A Flash Flood Watch has been posted all day.

Heavy snow has started falling on Mauna Kea, where a Winter Storm Warning has been in effect for the entire day.

The access road to the summit of Mauna Kea remains closed to the public at the Visitor Information Station, rangers say, and webcams are already showing snow coating the summit. “Heavy snow expected” on the summits, the National Weather Service said. “Plan on difficult travel conditions. Snow accumulations of up to 6 inches expected.”

A High Surf Warning remains in effect for east-facing shores, as a northeast swell will continue to produce high surf along exposed
north and east facing shores through tonight.