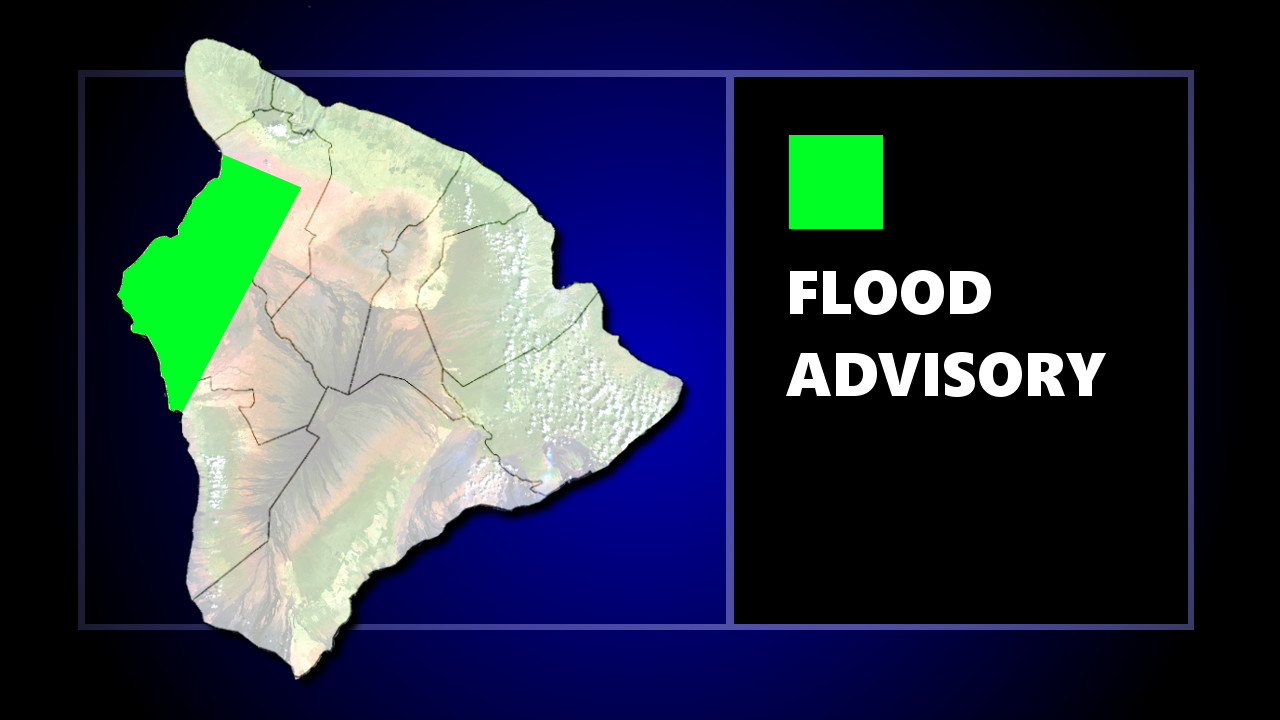 Flood Advisory In Effect For Area Of West Hawaii

HAWAIʻI ISLAND - The gage at Kealakekua reported rain falling at a rate of 2 inches per hour and radars showed heavy showers over parts of Kona and South Kohala Wednesday evening.

(BIVN) – The National Weather Service in Honolulu has issued a Flood Advisory for an area of West Hawaiʻi until 10 p.m. HST.

Hawaiʻi County Civil Defense issued a message, saying that due to the Flood Advisory, the following are in effect: