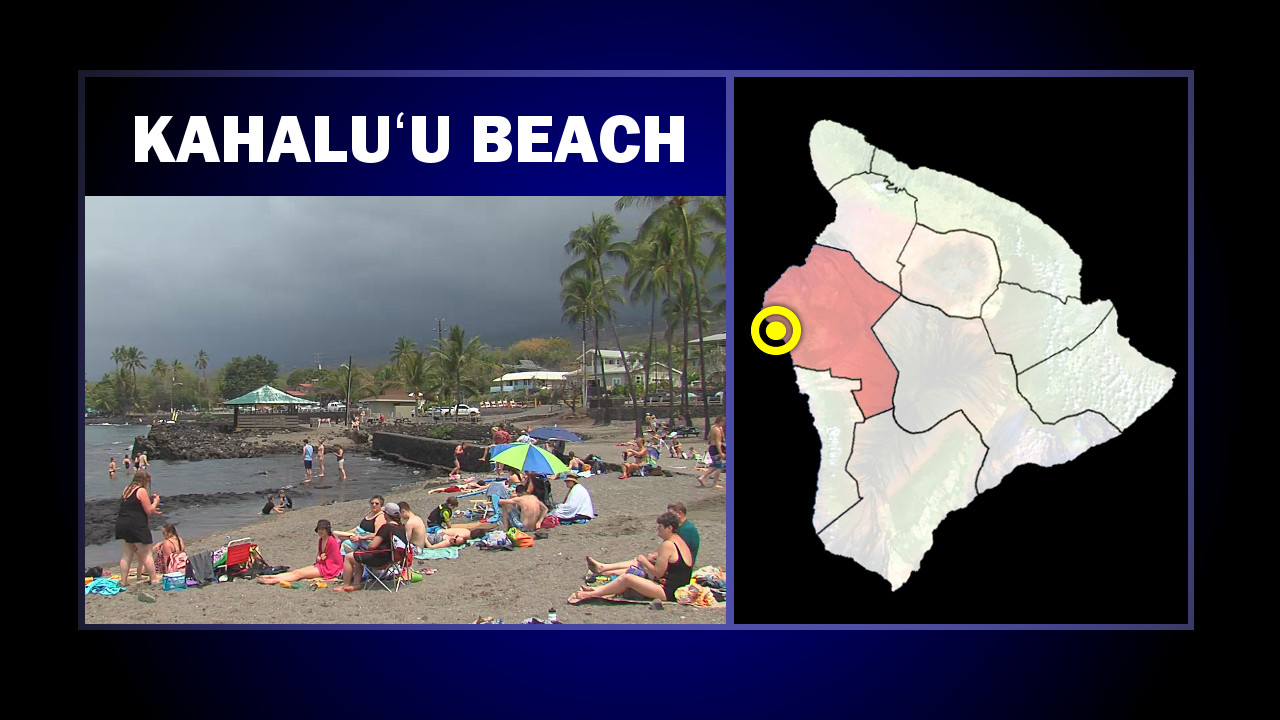 KAHALUʻU, Hawaiʻi - The Hawai‘i County Department of Parks and Recreation says the popular beach park will be closed on May 20 and May 21, 2019 in order to help the coral population recover.

(BIVN) – A well known Kona swim spot will be closed next month in order to protect the coral population during a critical natural event.

On May 20th and 21st, Kahaluʻu Beach Park be shut down due to anticipated coral spawning events.

The Hawaiʻi County Department of Parks and Recreation said in a media release issued Friday:

According to the Division of Aquatic Resources and Eyes of the Reef Network, cauliflower coral (Pocillopora meandrina) was once abundant on shallow coral reefs along West Hawai’i, including Kahalu’u Bay. However, environment stressors and very high ocean temperatures impacted West Hawai’i in 2015 and caused catastrophic bleaching and mortality of more than 90% of the regional population of cauliflower coral.

To recover from this loss in the coral population, natural reproduction events are critically important. For more than a decade, researchers have observed annual broadcast spawning events for cauliflower corals, and can now accurately predict when they will likely occur based on season, solar, tidal, and lunar cycles.

During broadcast spawning events, corals emit reproductive cells (“gametes”) into the water column and these materials are carried by the tides to mix and generate planktonic coral larvae. The high volume of daily visitors to Kahalu’u Bay may cause harm to larval corals due to physical and chemical disturbances (e.g. sunscreens and other personal care items) in surface waters of the bay. In recent studies, oxybenzone chemicals in sunscreens were shown to cause damage to larval corals and prevent successful settlement on the reef.

After many years of unsuccessful cauliflower coral larvae settlement within a laboratory setting, the very first successful settlement occurred last year at the Natural Energy Laboratory of Hawaii Authority (NELHA) on Hawaii Island. Undisturbed by pollutants and human activity, it took as little as 24 hours for coral gametes to find proper colony areas within the tanks.

Minimizing pollutants and physical disturbances within the spawning period in their natural environment will help ensure that corals are able to successfully reproduce and settle properly.

The County, along with the Kahaluʻu Bay Education Center, say they “appreciate the public’s understanding and respect for this important coral recovery and replenishment process at Kahaluʻu Bay. We also apologize for any inconvenience the temporary closure may cause.”