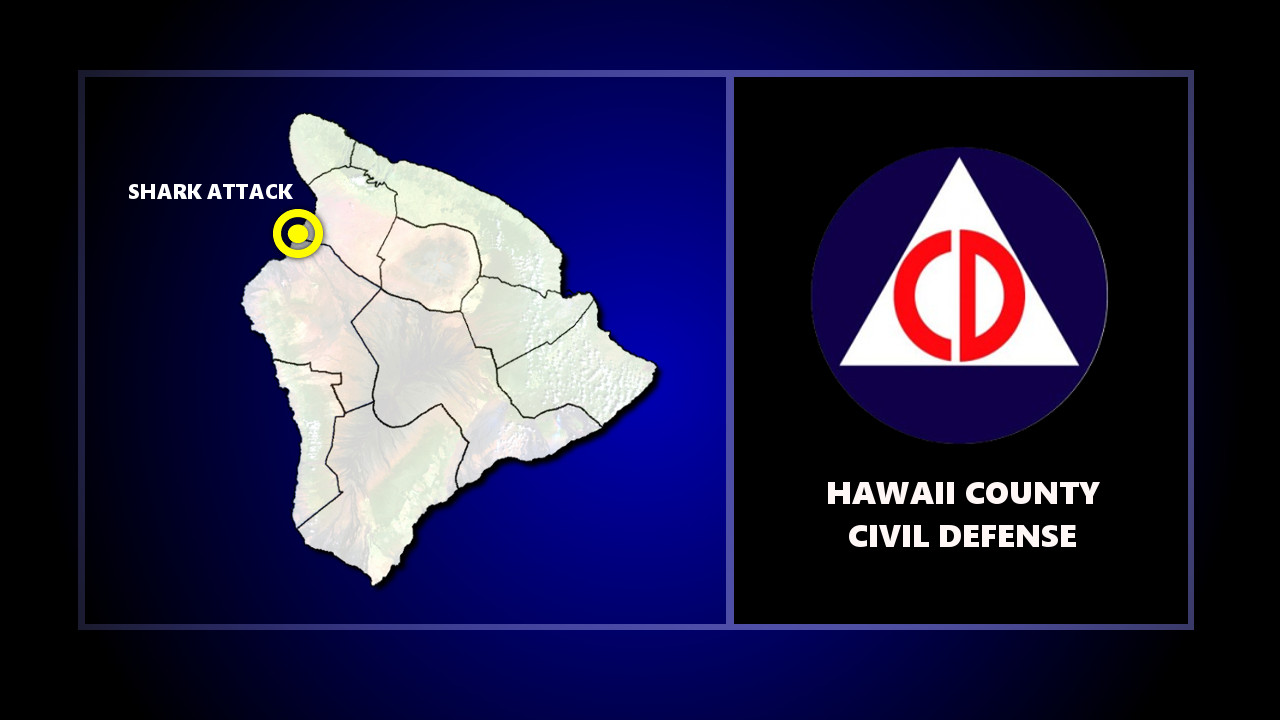 WAIKOLOA, Hawaiʻi - A shark attack has been reported off the coast of Anaehoʻomalu Bay, and emergency officials say the beaches in the vicinity are closed.

(BIVN) – A shark attack occurred in the waters off the popular Anaehoʻomalu Bay near the Waikoloa Beach Resort on Tuesday morning.

According to a Hawaiʻi County Civil Defense message issued at 9:15 a.m., the County Fire Department reported the shark attack occurred off the coast near Anaehoʻomalu Bay at around 8:30 this morning. The beaches in the vicinity are closed until further notice.

UPDATE – According to the Hawaiʻi County Fire Department, a 65 year old female visitor was bitten on the inner part of her right, upper thigh. The bite mark was approximately 12 inches in diameter.

The victim was approximately several hundred yards offshore and “brought in prone on a Kayak via bystanders.”

The fire department says the victim “does not remember events prior to being bitten.” She was transported in stable condition via Chopper 2 to North Hawaii Community Hospital.

Within an hour of the incident, Chopper 2 conducted a shoreline check of several miles of ocean and along the coast with negative findings.