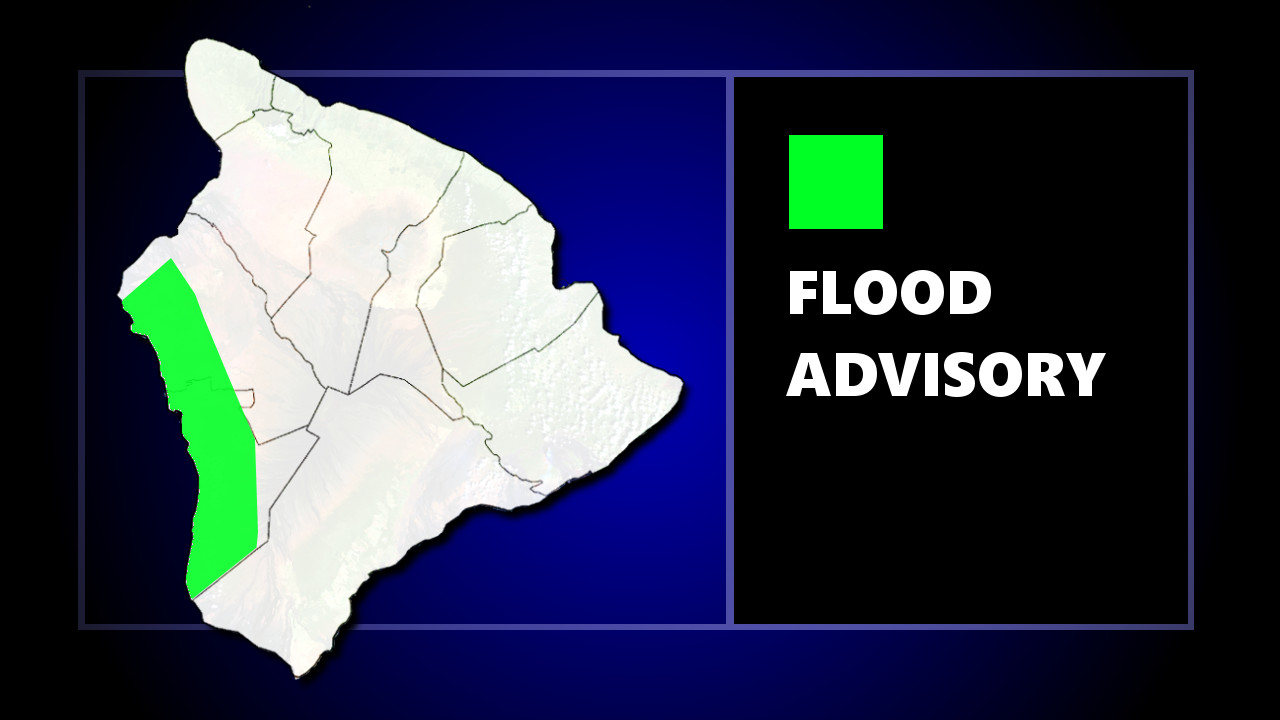 KONA, Hawaiʻi - On Friday evening, rain was falling in upslope areas between the Kona International Airport and Captain Cook at a rate of 1 to 2 inches per hour.

(BIVN) – The National Weather Service in Honolulu has issued a Flood Advisory at 10:27 p.m. for an area of Kona on the island of Hawaiʻi. the advisory is in effect until 1:30 a.m. HST.

At 1026 PM HST, radar indicated heavy rain over leeward sections of the Big Island, in upslope areas between the Kona Airport and Captain Cook. Rain was falling at a rate of 1 to 2 inches per hour. Minor flooding of low lying and poor drainage areas can be expected.

Locations in the advisory include but are not limited to Kailua-Kona, Kealakekua, Honalo, Captain Cook, Kalaoa, Honaunau, Kahaluu-Keauhou, Kainaliu and Holualoa.