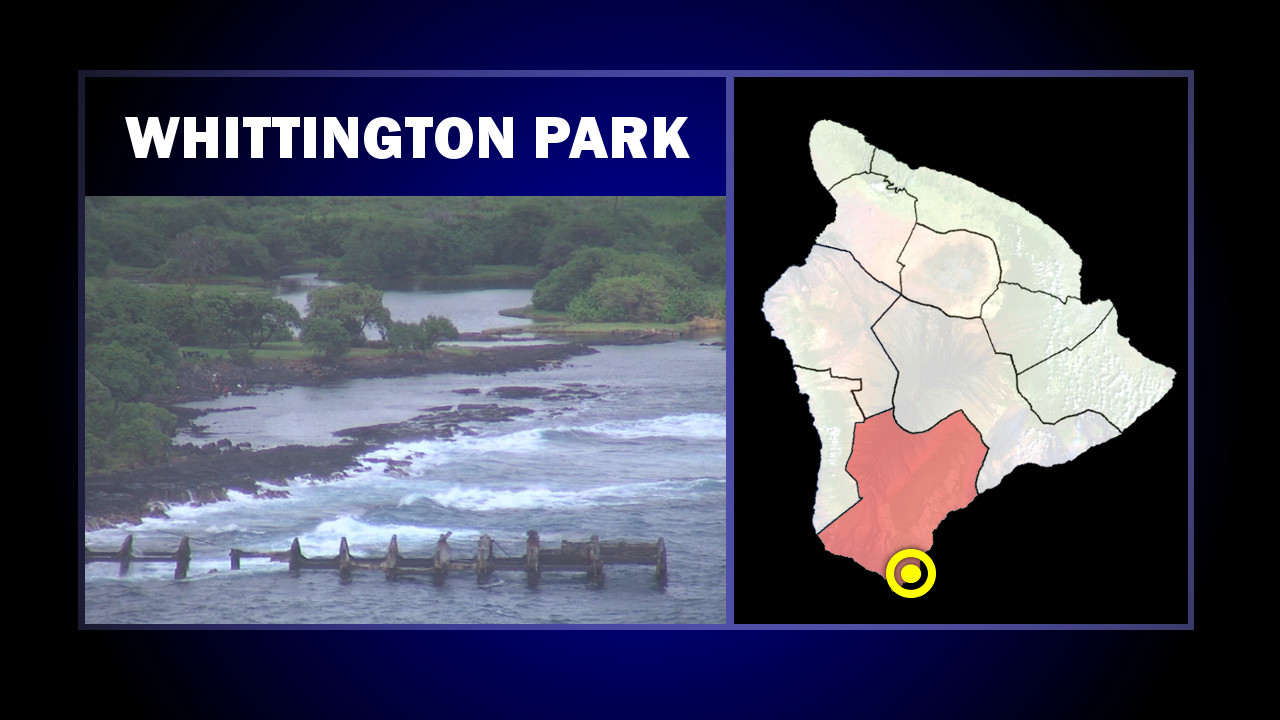 KAʻŪ, Hawaiʻi - A 35-year-old female died at the park Friday afternoon after she was stabbed multiple times, police say.

One woman has died and another male victim is in the hospital. Two suspects have been arrested on suspicion of First Degree Murder.

Hawaiʻi County Police, who closed the park Friday in order to conduct their investigation, issued this media release on Saturday:

On Friday, (April 26), at about 3:40 p.m. Kaʻū patrol officers responded to a reported stabbing at Whittington Beach Park in Nāʻālehu.

Upon arrival, officers discovered two victims, a 36-year-old male, and 35-year-old female, with multiple stab wounds. The female victim died at the scene, an official death pronouncement is pending. The male victim was transported to Hilo Medical Center in serious condition.

Two suspects have been identified by police as Kaleianuenue Borero-Kaluna a 19-year-old female, and Robert Hayes, a 69-year-old male both of Nāʻāehu.

Both suspects were arrested at 5:05 p.m. on suspicion of First Degree Murder and are currently being held pending investigation.

Anyone who may have information about this incident is asked to call Detective Dominic Uyetake Jr. at (808) 326-4646 ext. 228 or email dominic.uyetake@hawaiicounty.gov or the Police Department’s non-emergency line at (808) 935-3311.