VIDEO: Last Man In Kapoho Looks Back, One Year Later

HAWAIʻI ISLAND - On the anniversary of the loss of Kapoho, Demian Barrios - the only man on the ground to document the lava as it hit Kapoho Bay - reflects on the chaotic evening of June 3, 2018. 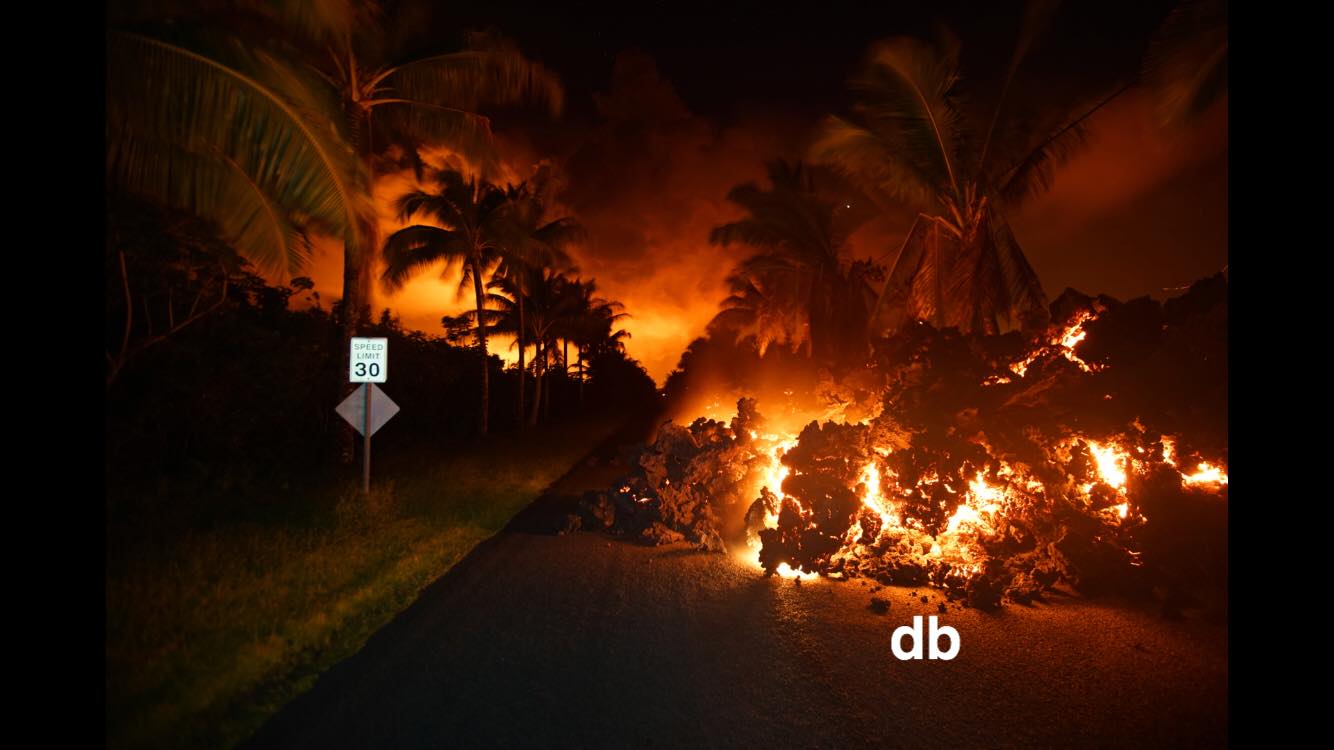 (BIVN) – One year ago, lava from Fissure 8 in Leilani Estates inundated Puna’s coastal village of Kapoho and reached the ocean.

The village was a ghost town. It had been evacuated well in advance by authorities. However, there was one man still on the ground – fighting fear and exhaustion – working to document the final moments of the seaside paradise.

In this interview conducted one year later, long time lavachaser Demian Barrios looks back on the final hours of Kapoho village.

“It was scary, it was exciting, it was dramatic, it was saddening,” Barrios said. “You cry, you’re scared, you’re laughing… I mean, all these emotions and just really heavy. It’s changed my life, definitely.”

Barrios said that before the lava entered Kapoho, he had a feeling that if he didn’t go, “maybe nobody would be down there. They had the evacuation going on, everybody was being told to leave. Media – local, as well as international and national – was told that they couldn’t be there. Even residents were told they couldn’t be there.”

“I saw a lot of sad situations where residents would have five, six guys with four trucks ready to go in and move everything and save everything in their home,” Barrios recalled, “and then being told by the civil defense that they couldn’t go in. People begging, ‘please, please, can you give us half an hour to get some stuff’ and then not being allowed in and then maybe the next morning that place being taken.”

Eventually, Barrios was one of the last ones left in the doomed village. “It definitely felt like a ghost town,” Barrios said. “Walking around and everything was empty. There was just this eerie silence.”

When Barrios got a photo of lava covering Kapoho Kai Boulevard, he said it was his friend Travis that motivated him to share the image on social media right away. “He said nobody knows this is happening right now, we’re the only people down here. The world needs to know.”

“A lot of the footage that we put out there was the only thing people had,” Barrios said. “Because of social media and the internet and the availability of that technology, it made it so that was no longer just my experience. Everybody was able to share that footage and watch it. And thus share that experience together.”