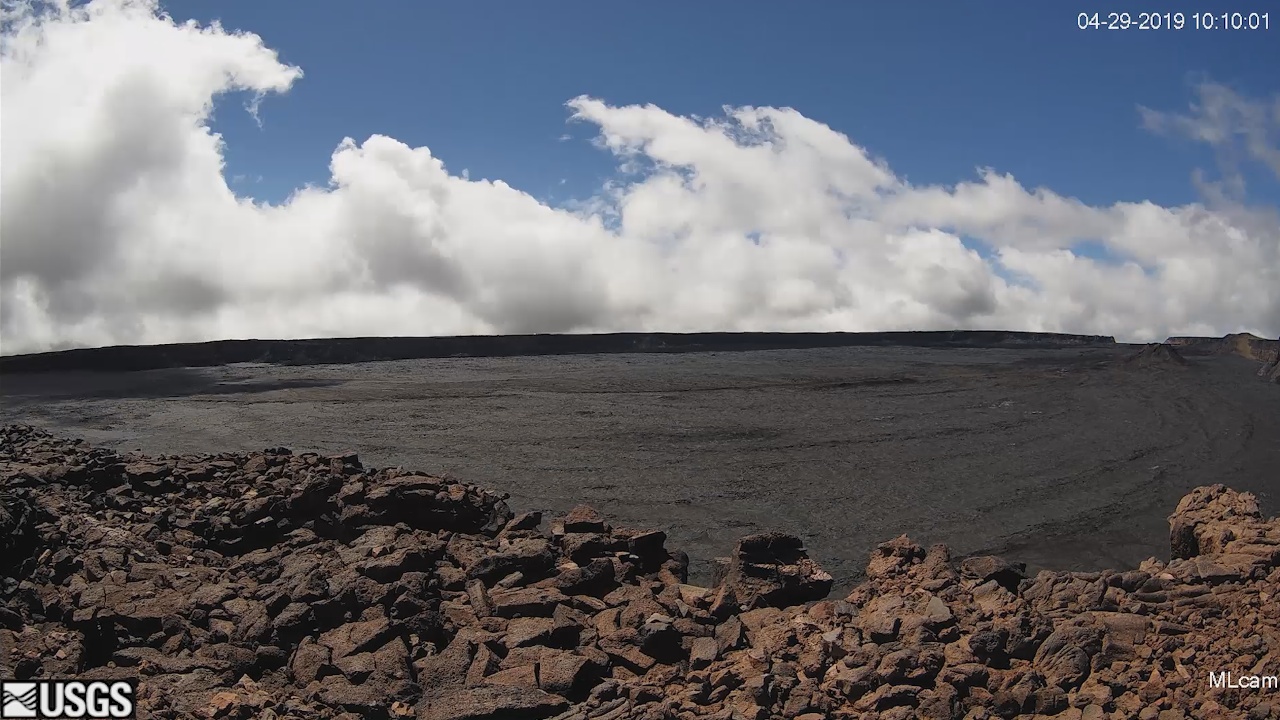 image taken from a timelapse sequence of USGS webcam images at the summit of Mauna Loa on April 29, 2019

MAUNA LOA, Hawaiʻi - Mauna Loa is not erupting and the volcano alert level remains at NORMAL/GREEN, scientists reported on June 6.

(BIVN) – A slight increase in the number of detected earthquakes at Mauna Loa was noted over the past month, according to the USGS Hawaiian Volcano Observatory, which posted a monthly activity update on Thursday, June 6.

Small earthquakes, mostly less than M2.0, continued under the summit caldera at depths around 1-4 km (0.6-2.5 mi) below ground level. Seismicity was low in other areas of the volcano. The largest earthquake for Mauna Loa over the past month was a M2.8 event on May 15, which occurred under the summit caldera at a depth of approximately 3.5 km (2.2 mi) below ground level.

Data from Global Positioning System instruments continue to indicate slow inflation of the summit magma reservoir system, the scientists say. The rates of deformation are lower than during the period of more intense unrest from 2014-2017, and USGS is maintaining the volcano alert level at NORMAL/GREEN.

Scientists also noted that “gas and temperature data from stations on the Southwest Rift Zone and within the summit caldera showed no significant changes over the past month.”

“HVO continues to monitor the volcano closely and will issue another update in one month, or earlier should conditions change significantly,” scientists wrote.