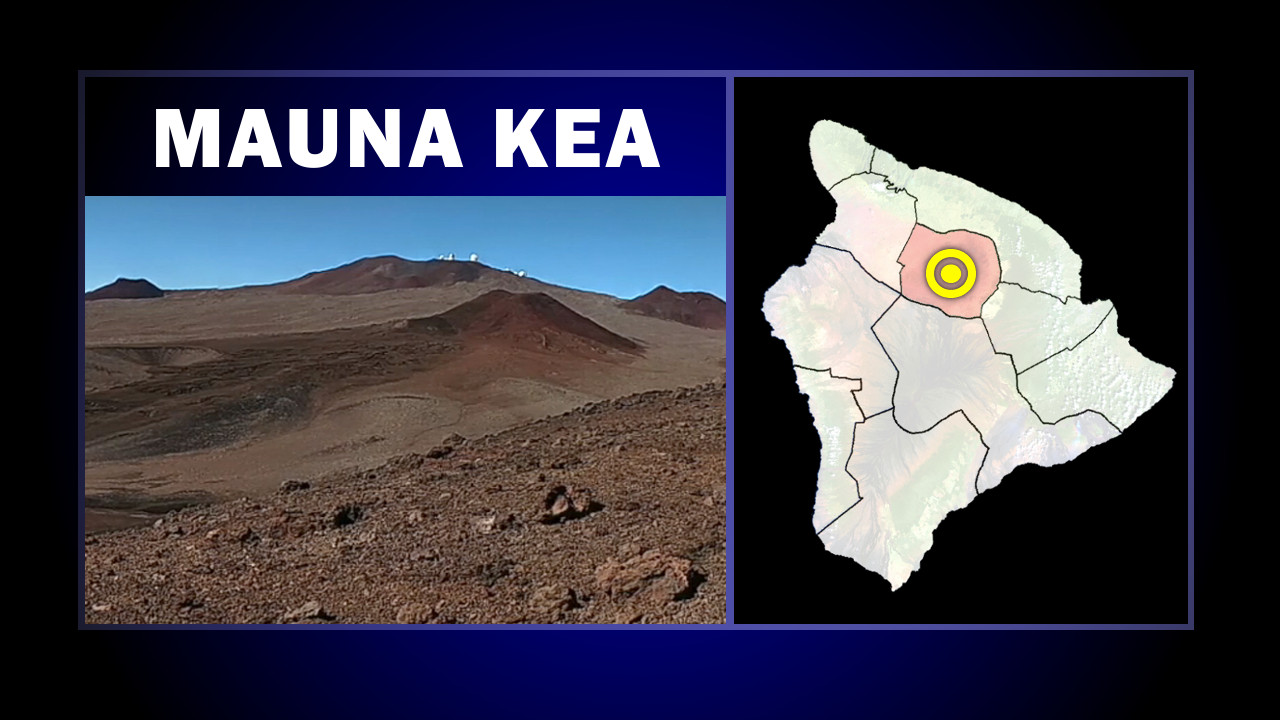 MAUNAKEA, Hawaiʻi - Rescue crews located the injured man - said to be in his 60's, with an apparent femur fracture - approximately 1 mile from the nearest trail at the 12,500 foot elevation.

(BIVN) – Rescue crews battled exhaustion and cold temperatures on Mauna Kea Monday night, in an effort to bring an injured man off the higher elevations.

At 7:26 p.m., personnel from the Hawaiʻi County Fire Department, Pōhakuloa Training Area, and a Maunakea Ranger responded to a report of a man who was injured on a mountain trail.

The man, said to be in his 60’s, apparently fractured his femur when “unstable terrain gave way while [the] patient was reportedly trying to take a photograph”, a fire dispatch stated.

The trail head to locate the man began at the 13,200 foot elevation, below the W.M. Keck Observatory, the fire crews say. The man was eventually located 1 mile from the nearest trail at the 12,500 foot elevation.

It took responding units 30 minute to hike the 1 mile from the trail head to the patient’s location. There was no marked trail beyond the trail head and the terrain was uneven and dangerous. Upon locating and packaging the patient, 6 rescue personnel at a time carried the patient in a “skeds”. Personnel were rotated as needed. Due to the lack of Oxygen, personnel could only carry the patient for approximately 10′ at a time before stopping to catch their breath. It took approximately 3.5 hours to navigate the 1 mile distance and 700′ elevation gain while carrying the patient. Rescuers worked tirelessly despite the cold temperatures and altitude sickness.

Rescue crews were back in quarters by 3:48 a.m. this morning.

UPDATE: “This was particularly more difficult and time consuming because the injured hiker was almost at the peak of the mountain, and his exact location was unknown,” said Pōhakuloa Training Area Fire Chief Eric Moller in a later media release, “so when we have these situations we have to leverage cell phone towers, and triangulate where the signal is coming from and then get our Fire Rescue Team on the ground to actually find the patient in the dark of the night at 12,500 feet above sea level,” he continued.

From the PTA media release:

The visitor and grandfather from Arizona went to the summit hiking, with his spouse and grandson waiting at the visitor’s center. Losing his bearing and eventually solid footing, the hiker slipped and fell injuring his leg, possibly breaking a bone and had to crawl to a spot where he could get a good signal. Once a good connection was made, Rescue Teams advised him to stay put in order to pinpoint his location.

“This truly is one of the best examples I have seen in a long time as a Fire Fighter of how PTA, HFD and Summit Rangers work together as a team in very difficult conditions,” said Moller in the media release, “and when you are at this elevation in the dark of night it truly takes a team effort, so mahalo to all agencies,” he concluded.