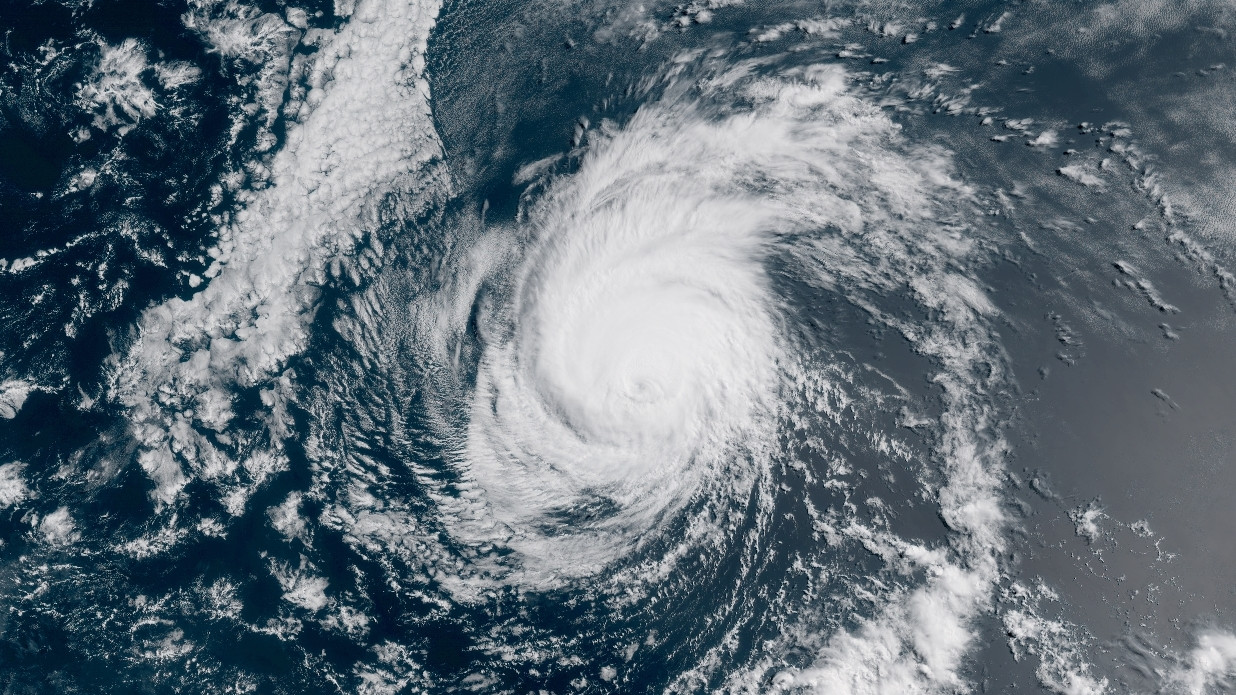 PACIFIC OCEAN - The latest forecast from the National Hurricane Center still shows Barbara weakening to a remnant low as it approaches Hawaiʻi late this weekend into early next week.

(BIVN) – Hurricane Barbara is 1,670 miles east southeast of Hilo and gradually weakening over open ocean as it moves northwest at 12 mph.

Barbara’s maximum sustained winds have decreased to near 115 mph with higher gusts, according to the National Hurricane Center in Miami. Barbara is a category 3 hurricane on the Saffir-Simpson Hurricane Wind Scale, and will rapidly weaken to a tropical storm by Friday, becoming a post-tropical cyclone on Saturday.

“All of the model dissipate the cyclone east of the Hawaiian Islands, although the remnants could move across that area in about 5 days,” the NHC said. 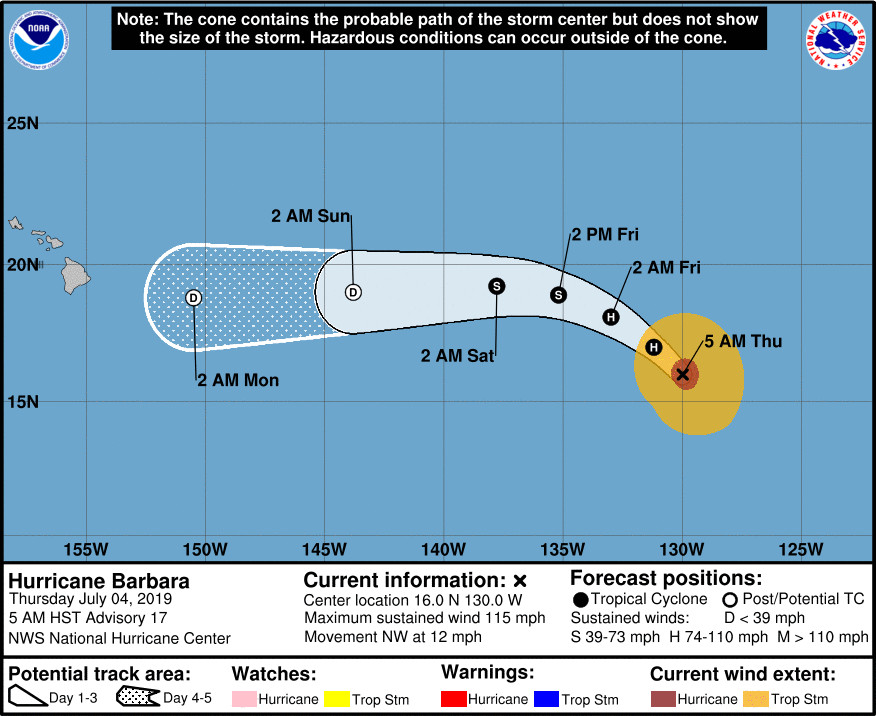 On Thursday, the National Weather Service in Honolulu wrote:

As remnants of Barbara move through the region from east to west early next week, the local weather and winds will be highly dependent on its track. A track passing north of the islands would result in lighter winds and potentially drier conditions, whereas, a track passing through or just to the south would result in a wet and windy pattern. A blend of the latest guidance continues to advertise this souther solution. As a result, the current forecast reflects this and shows a transition to a wet pattern with gusty easterly winds Monday through Tuesday.

From the NHC discussion posted at 5 a.m. HST on the 4th of July:

Satellite images indicate that Barbara continues to gradually weaken. Convection in the eyewall is becoming less intense, with eye temperatures slowly falling. A consensus of the latest satellite estimates suggests 100 kt as the initial wind speed. The hurricane is entering an environment that will likely promote rapid weakening during the next couple of days. Barbara is forecast to traverse sub-26C waters and encounter increasing southwesterly shear, which would help to mix in drier air from the mid-levels of the atmosphere. Thus, the cyclone should weaken to a tropical storm by 36 hours and degenerate into a post-tropical cyclone around the time it enters the Central Pacific basin. The new NHC prediction is similar to the previous one and is a bit lower than the model consensus.

Barbara has turned northwestward recently, and is moving about 310/10 kt. This general path is forecast until tomorrow when a mid-level ridge builds to north of the cyclone, causing a west-northwestward motion. As Barbara weakens, it should turn westward on Saturday, steered by the low-level flow. Model guidance is in very good agreement on this scenario, and no significant changes were required to the previous forecast. All of the model dissipate the cyclone east of the Hawaiian Islands, although the remnants could move across that area in about 5 days.