HILO, Hawaiʻi - The testifiers spoke with heightened emotion on the heels on recent law enforcement actions taken on the mountain.

(BIVN) – Numerous opponents of the Thirty Meter Telescope project testified before the Hawaiʻi County Council Finance Committee on Monday, July 8, as the council examined the extent of county agency activity on the mountain.

The testifiers – commenting from Hilo, Waimea, Kona and Pāhoa – spoke with heightened emotion.

On June 20, state and county law enforcement ascended Mauna Kea to take down two ʻahu, or stone shrines, which were placed on the site of the planned Thirty Meter Telescope back in 2015. 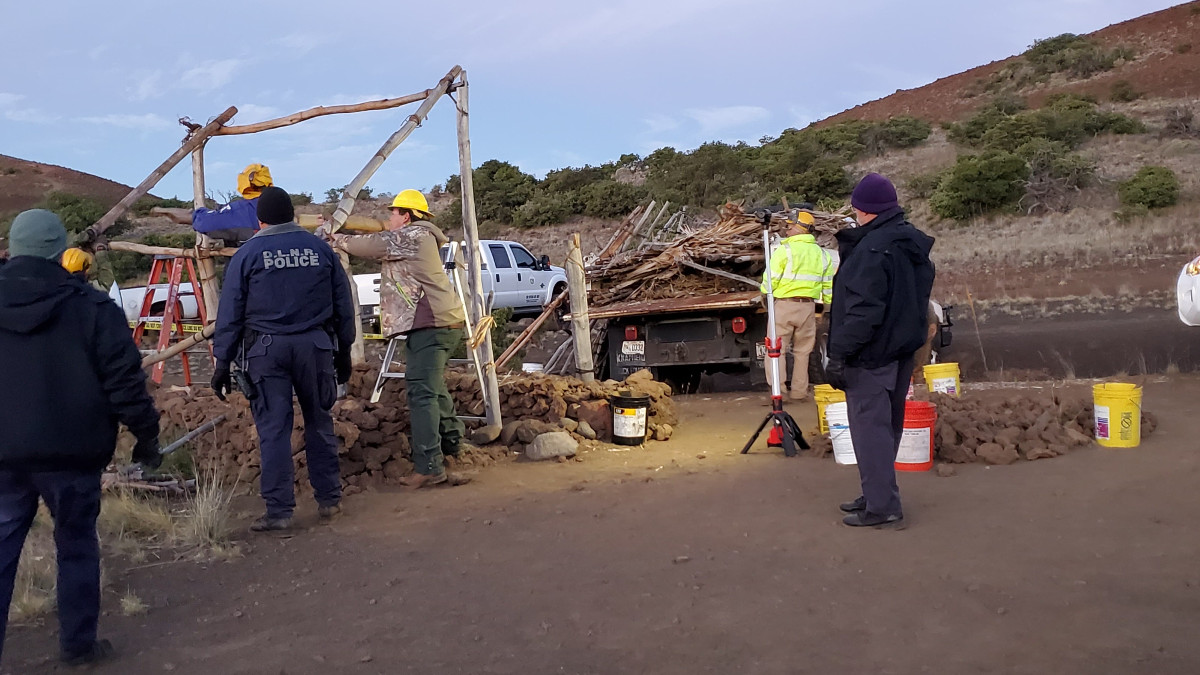 Officers also took down Hale Kukiaʻimauna at the mid-level area, and the Hale Kūhiō ranger station on Hawaiian Home Lands next to the Mauna Kea Access Road below. Hours after the structures were dismantled, state officials held a press conference to announce the TMT project has been granted a Notice To Proceed with construction on the mountain.

Councilmember Matt Kanealiʻi-Kleinfelder made the request to discuss the County’s role in the situation, “due to the tremendous amount of calls and contacts” from community. It was the first time the council put the topic of the Thirty Meter Telescope on the agenda for discussion.

Kanealiʻi-Kleinfelder questioned Mayor Harry Kim and Police Chief Paul Ferreira about the County’s jurisdiction on Mauna Kea and how the County plans to pay for the projected increase in police activity as TMT proceeds with construction at some point in the future.

Many testifiers expressed frustration with how the mayor and the police chief left the meeting immediately after their presentation to council. The officials did not stay to hear the testimony in person.