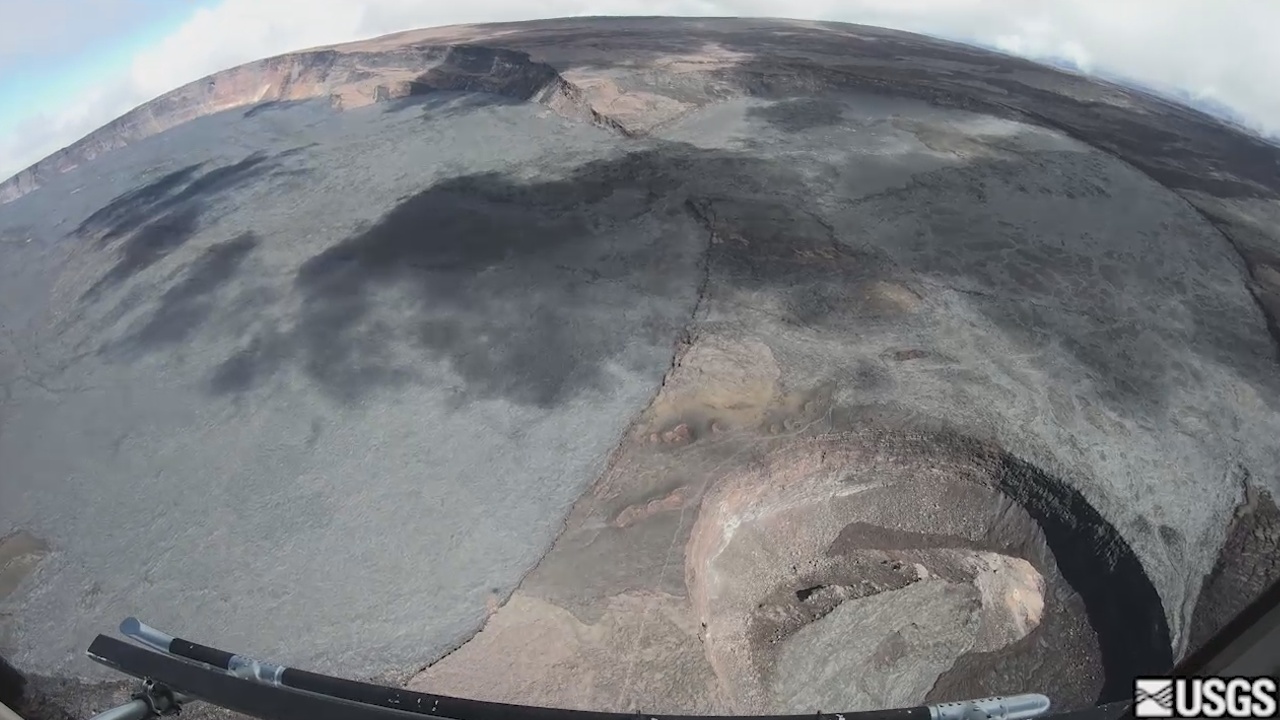 USGS HVO image shows Moku‘āweoweo, the caldera at the summit of Mauna Loa, from video taken during a routine overflight.

(BIVN) – Mauna Loa Volcano is not erupting, although the USGS Volcano Alert level for was changed from NORMAL to ADVISORY on July 2.

“For the past several months, earthquake and ground deformation rates at the volcano have exceeded long-term background levels,” a weekly update from the USGS Hawaiian Volcano Observatory stated. “This increase in alert level does not mean that an eruption is imminent nor that progression to an eruption is certain. A similar increase in activity occurred between 2014 and 2018 and no eruption occurred.”

Since the alert level was raised, updates on the status of Mauna Loa Volcano are now being issued each week, on Thursdays, until further notice. Today was the first.

The slightly elevated rates of deformation and seismicity on Mauna Loa have not changed significantly in the past week.

From the USGS HVO weekly update:

No significant changes in volcanic gas release at Sulphur Cone on the Southwest Rift Zone were measured. Fumarole temperatures at both Sulphur Cone and at the summit remain unchanged.