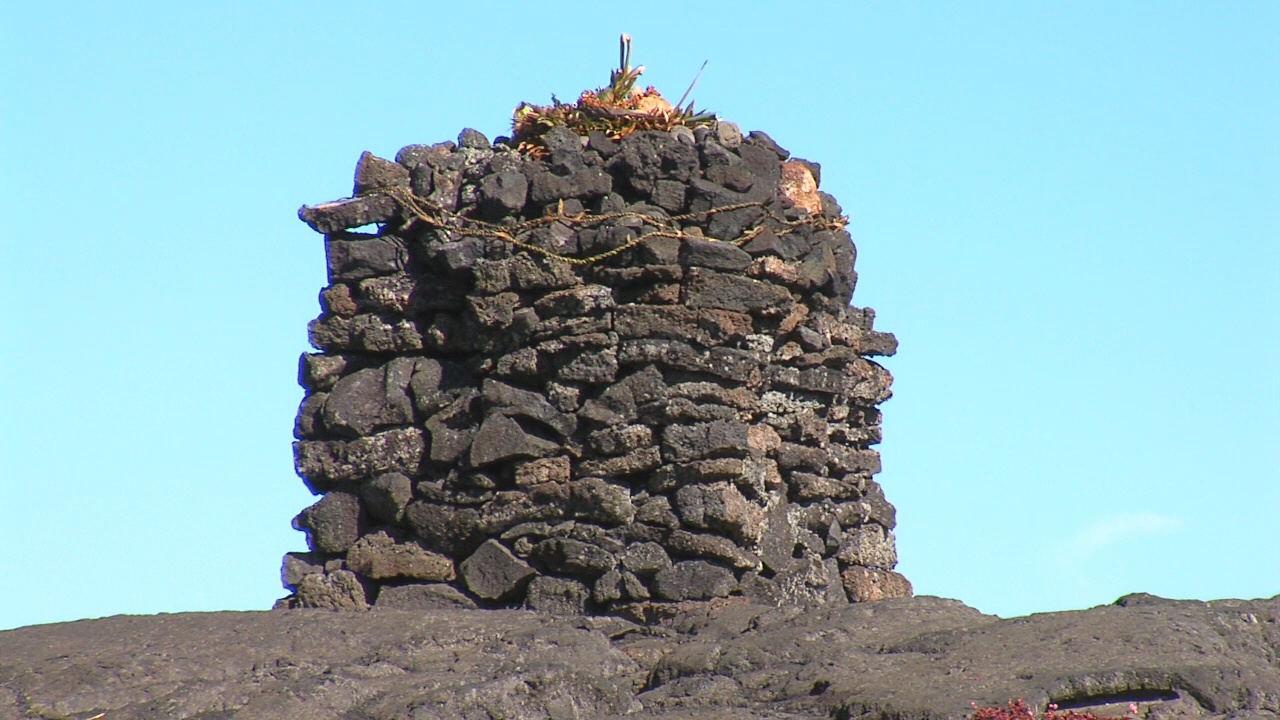 Pu’u Huluhulu To Be Designated A Pu’uhonua, TMT Opponents Say

MAUNA KEA, Hawaiʻi - The kiaʻi on Maunakea and the Royal Order of Kamehameha issued a news release Friday evening, saying the designation is for the safety of the people.

(BIVN) – The landmark feature at the base of the Mauna Kea Access Road is becoming a puʻuhonua, or place of refuge, according to opponents of the Thirty Meter Telescope, as the first day of construction is on the horizon.

This news release was issued on Friday evening by the Royal Order of Kamehameha and HULI, the Hawaiʻi Unity and Liberation Institute:

At sunrise Saturday July 13, 2019, the Royal Order of Kamehameha I, in collaboration with, and in support of the kiaʻi (protectors) of Maunakea, will designate and establish Puʻu Huluhulu, at the base of Maunakea, as a Puʻuhonua, or place of refuge. Traditionally, during times of strife and contention, a Puʻuhonua was a place, or person, that would provide safety, refuge and protection. In establishing this Puʻuhonua, we, the hoaʻāina, are exercising our traditional and customary practice of creating places of refuge.

In response to Governor David Ige’s announcement the extreme and excessive mobilization of Hawaiʻi County and State law enforcement agencies, the Royal Order of Kamehameha I, and the kiaʻi feel it is imperative to dedicate a Puʻuhonua. The Pu’uhonua will ensure the safety of all people gathering to protect Maunakea from further desecration and destruction by the proposed Thirty Meter Telescope. “Protecting Maunakea is of the utmost importance to the kiaʻi. However, our primary concern is the safety, health, and wellbeing of all people involved, whether they are kia‘i or not, in what we know will be a prolonged struggle to protect Maunakea,” explained Kahoʻokahi Kanuha of HULI.

Aliʻi Sir Alika Desha, Kālaimoku and Chancellor of the Royal Order of Kamehameha I, stated, “We fully support the kiaʻi in protecting our sacred Crown Lands of the Hawaiian Kingdom and join with them today to establish this important Puʻuhonua that will provide a safe space during this contentious time. We ask all those who care for and are committed to the safety of the people to support Pu‘uhonua o Pu‘u Huluhulu.”