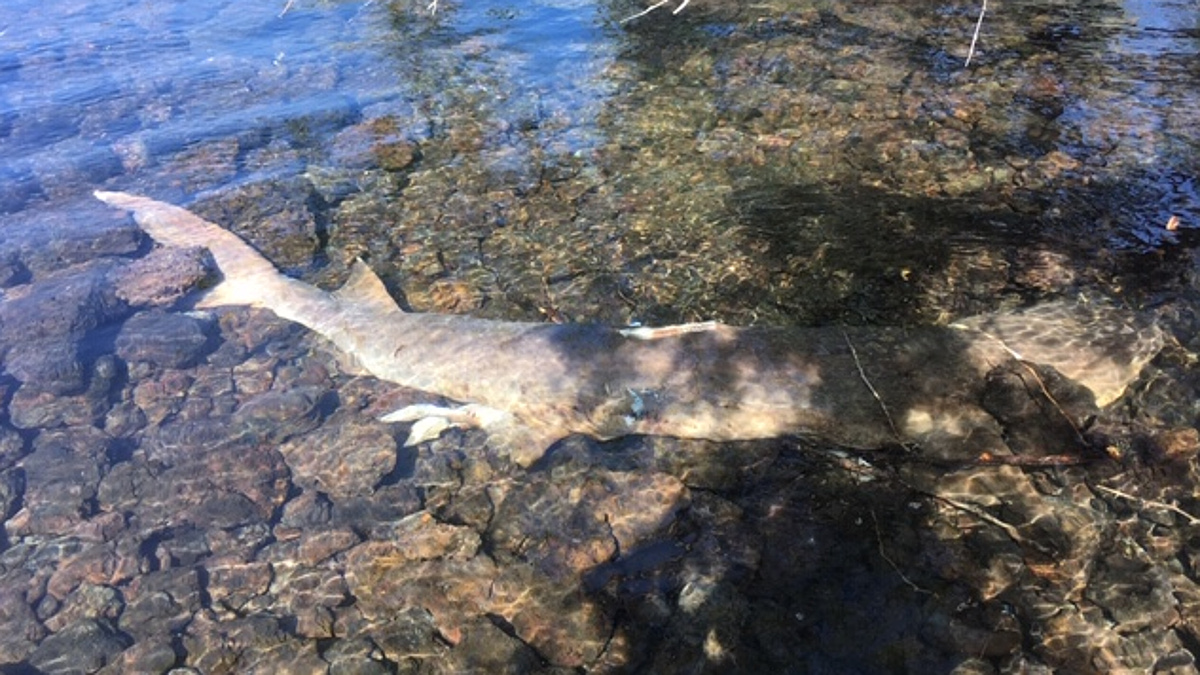 HAWAIʻI ISLAND - Marine biologists are saying there are wide-ranging ecosystem impacts due to the activity, regardless of legality.

(BIVN) – Troubling photographs of two oceanic whitetip sharks – that appear to have had their fins removed – as well as photographs of a dead whitetip reef shark, are being shared by the Hawaiʻi Department of Land and Natural Resources. The incidents are raising concern among marine biologists on Hawai‘i Island.

he two oceanic whitetip sharks, a species listed as threatened under the Endangered Species Act, were observed alive off the coast of West Hawai‘i and were photographed and reported by dive tour operators. Stacia Marcoux, a Fish & Habitat Monitoring Technician with the DLNR Division of Aquatic Resources (DAR) commented, “Shark finning is not a new phenomenon, but the recent number of incidents is concerning. This is especially true for the threatened oceanic whitetip. We hope that once people see these photos they will join us in condemning and discouraging this kind of activity regardless of its legality.”

In June, DAR colleague Megan Lamson found a whitetip reef shark, finned and dead, at Ka‘alu‘alu Bay. In addition to missing its dorsal fin it had been gutted. While the finning of the two oceanic whitetip sharks in West Hawai‘i was reported to the DLNR Division of Conservation and Resources Enforcement (DOCARE) it’s difficult to investigate without knowing when it happened and who may be responsible. Marcoux received photos provided by Big Island Divers and Aquatic Life Divers of the fin-less oceanic whitetips. She said, “It’s heartbreaking to see these terrible wounds on these individuals. Sharks deserve our respect and we’re encouraged that most tour operators are educating their clients about this issue. No one wants to see an injured shark swimming by.” 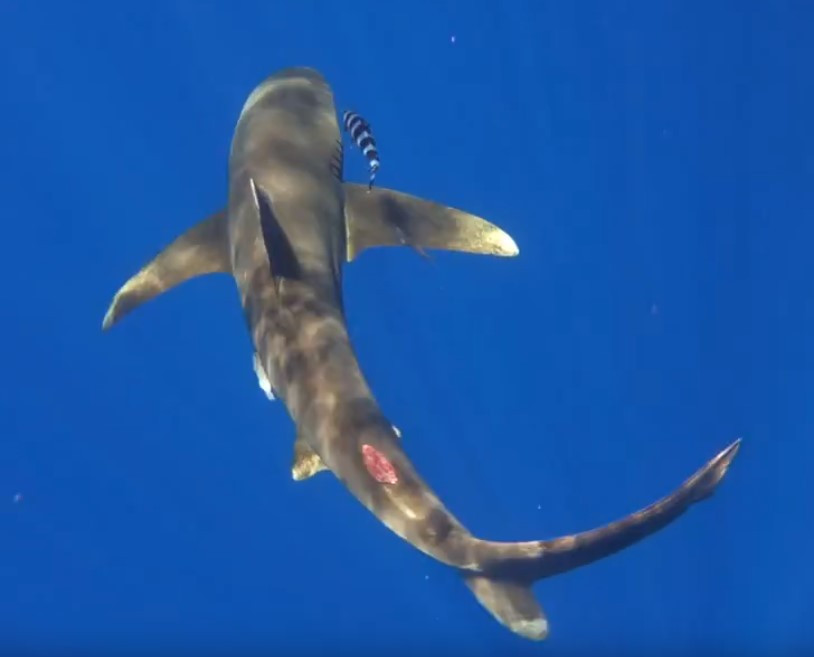 Marcoux and Lamson indicate, “Sharks are apex predators and vital contributors to a healthy marine ecosystem. Many shark species are long-lived, they reproduce slowly, and anything that happens to threaten them can lead to sudden populations declines.” They added that pono fishing practices include shark protection because they help sustain healthy fish communities and a balanced marine ecosystem. Additionally, certain shark species are culturally and spiritually important.

People can help sharks remain a keystone species in Hawaiian waters by discouraging shark feeding, fishing, finning or harassing activities. You can also reduce impacts to the coastal environment by packing out your own trash, collect any discarded fishing line or gear and cigarette butts.

Brian Neilson, DAR Administrator, explained, “We can debunk the ‘Jaws’ myth that sharks are maneaters and we encourage people to learn more about sharks and respect the role they play in our Ocean.”

Currently state law prohibits the take, killing, possession, sale, or offer for sale of whitetip reef shark and other shark species in West Hawaii. Take means to fish for, catch, or harvest or attempt to fish for, catch or harvest aquatic life. It is illegal to intentionally catch a whitetip reef shark to remove a fin within the West Hawaii Regional Fishery Management Area (HAR 13-60.4-4). Additionally it is illegal to possess, sell, offer for sale, trade or distribute shark fins anywhere in Hawai‘i (HAR 188-40.7). Anyone who sees any of these activities is asked to call the DLNR hotline at 643-DLNR (643-3567) or to report it via the free DLNRTip app available for both iPhones and android devices.