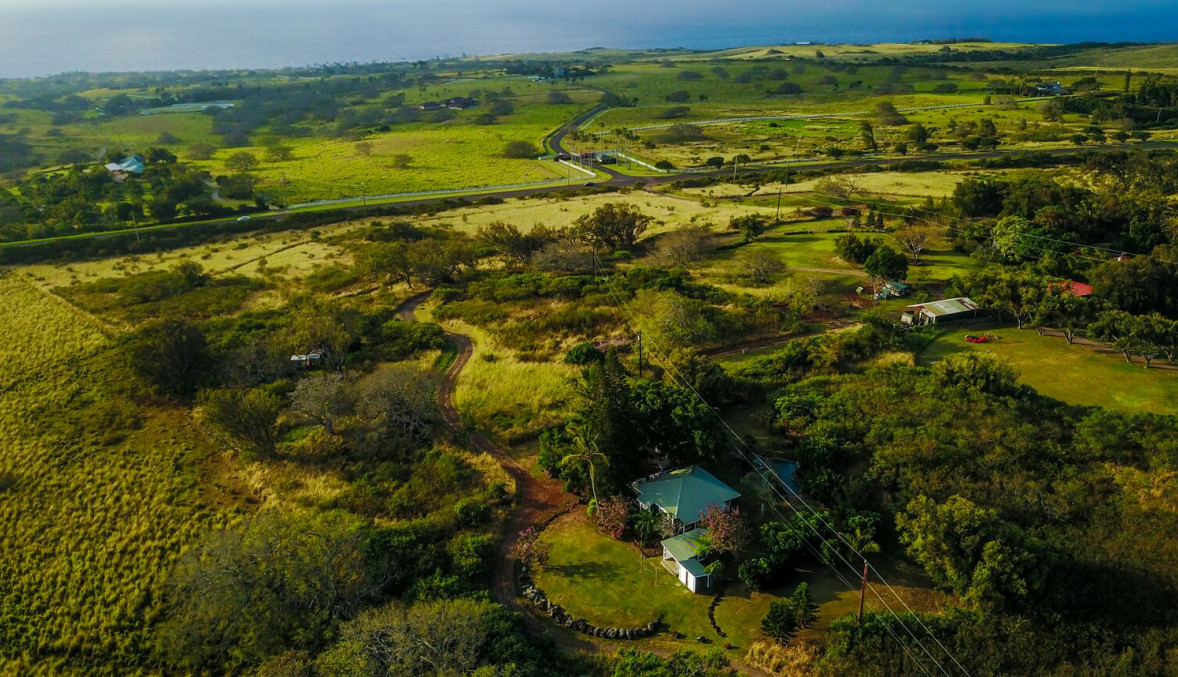 NORTH KOHALA, Hawaiʻi - Owners of Puakea Ranch are planning to increase vacation rental occupancy on the site, which is listed on the State Register of Historic Places. 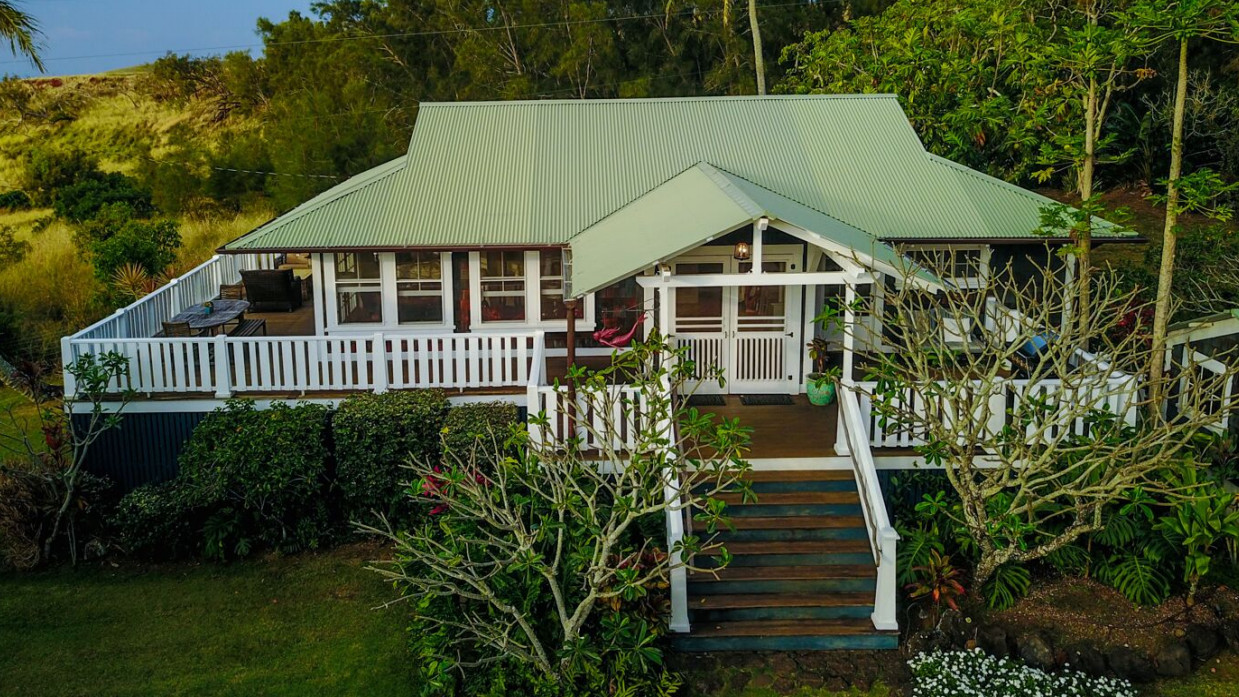 (BIVN) – Owners of the Historic Puakea Ranch in North Kohala are seeking a Special Permit from the County of Hawaiʻi to create a guest ranch out of its collection of cottages, gardens and other structures listed on the State Register of Historic Places. The permit will allow the ranch to increase vacation rental occupancy and allow for weddings and community events.

A draft Environmental Assessment and Anticipated Finding of No Significant Impact has been published by the applicant, Christie Cash, detailing the proposal.

The project would “involve adaptation of existing Puakea Ranch structures, four of which are currently used as vacation rentals, construction of new structures including accessible restrooms and mitigation measures to address noise concerns. Ranching and gardening uses of the property would continue and expand.” 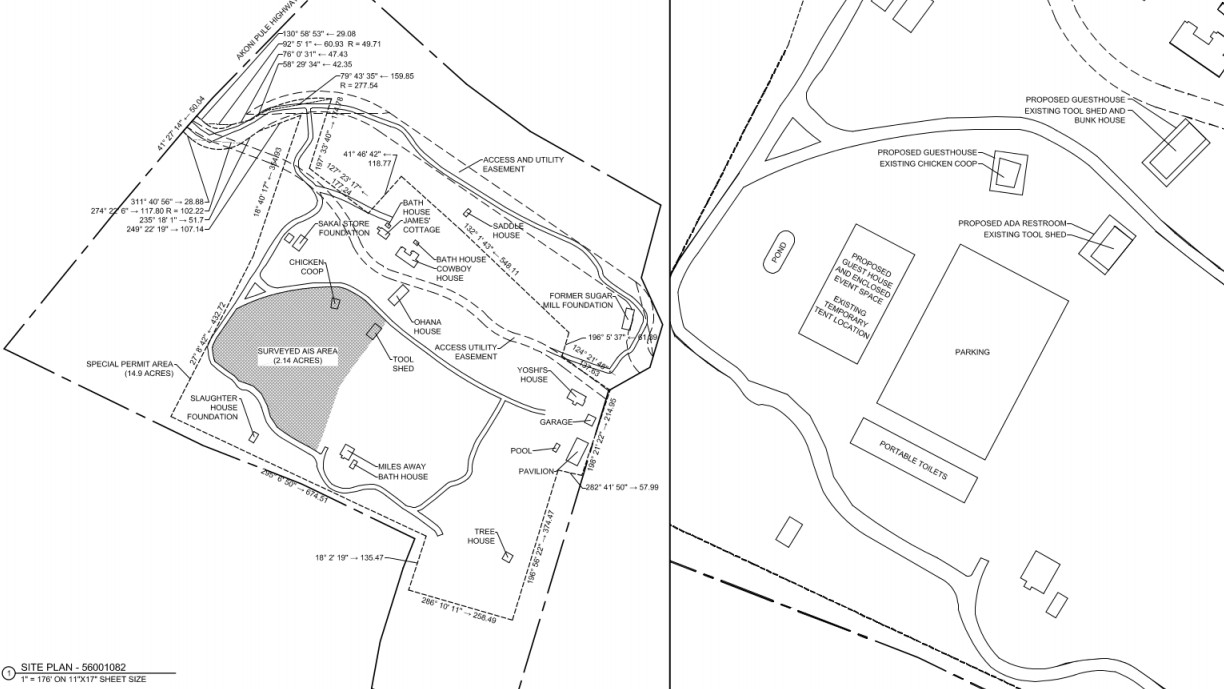 “The maximum occupancy of the vacation rentals would increase from 18 to 38, and guest and non-guest events with attendees up to 100 would be allowed (with two events a year at 350 people),” the document states.

“The action has been designed for adaptive re-use of historic structures that will foster interpretation of Kohala’s historic heritage and provide for maintenance,” the EA says. “No impacts to significant archaeological features would occur.”

The document also provides this preliminary background on the property and its history:

The Puakea Ranch headquarters and surrounding areas were transformed as part of Kohala’s 19th century transition from traditional Hawaiian agricultural landscapes, which were integral parts of mauka-makai resource management focused around ahupua‘a, to a succession of commercial agricultural ventures. Puakea Ranch began in the 1870s with Dr. James Wight, who tried sheep and sugarcane and finally focused on cattle, building a successful operation on thousands of acres that he ran until his death at the age of 91 in 1905. The ranch’s boundaries grew and shrank through a series of acquisitions and amalgamations. Parker Ranch began leasing the Puakea Ranch lands from the James Wight Estate in 1932, and Richard Smart of Parker Ranch purchased its lands outright in 1946.

Throughout the decades, immigrant laborers who worked in the canefields and paddocks left an indelible stamp on the landscape, which provides much of the character of the property today. For example, Zenjiro Kawamoto and his wife Wasa Watabayashi came to North Kohala from Hiroshima as part of this migration. They settled at Puakea Ranch and moved into what would eventually be called the “Cowboy House”. The Kawamotos raised three children at the ranch: Masato (Johnny), Yoshio (Yoshi), and Thelma. The family went on to oversee the operations of the Puakea Ranch for four generations. Yoshi Kawamoto and Parker Ranch carpenter, Mr. Yamanaka, built Yoshi’s House in 1949 for Yoshi and his wife, Margaret, to raise their family. This is the original site of the grand two-story plantation house when the Wright Family Estate was still in control of the property, prior to it being leased by Parker Ranch. It is speculated that the original Plantation Manager’s home, likely built in the 1870-80s, fell into disrepair and was taken down and salvaged for lumber and windows by Parker Ranch in the 1930s.

In the 1980s, Parker Ranch sold 200 acres of the Puakea Ranch lands around the headquarters to a real estate developer, and the Kawamoto family and other ranch employees relocated. Parker Ranch discontinued ranching operations at Puakea and the homes were rented to different local families until the 200-acre property was sold for subdivision in 2002. The Puakea Ranch headquarters, including the present property and its buildings, subsequently fell into disrepair.

The Puakea Ranch headquarters was purchased by Christie Cash and her partner James Nelson in 2006. The plan was to create a low-key, low-density family place that could be an alternative to the resorts. The owners have been working for 13 years with local archaeologists and historic preservation architects to authentically restore the homes, buildings and gardens of Puakea Ranch. Without time-consuming and expensive maintenance, there is a constant threat of dilapidation and eventual demolition. Today the ranch provides overnight vacation rental accommodations, which helps to support the property and provides the income necessary for maintenance.

Puakea Ranch “currently employs a crew of eight part time staff (up to 20 hours per week), two full time salary employees and a host of local outside contractors island wide,” the document states, adding that normal operational traffic is not expected to have any significant impact.