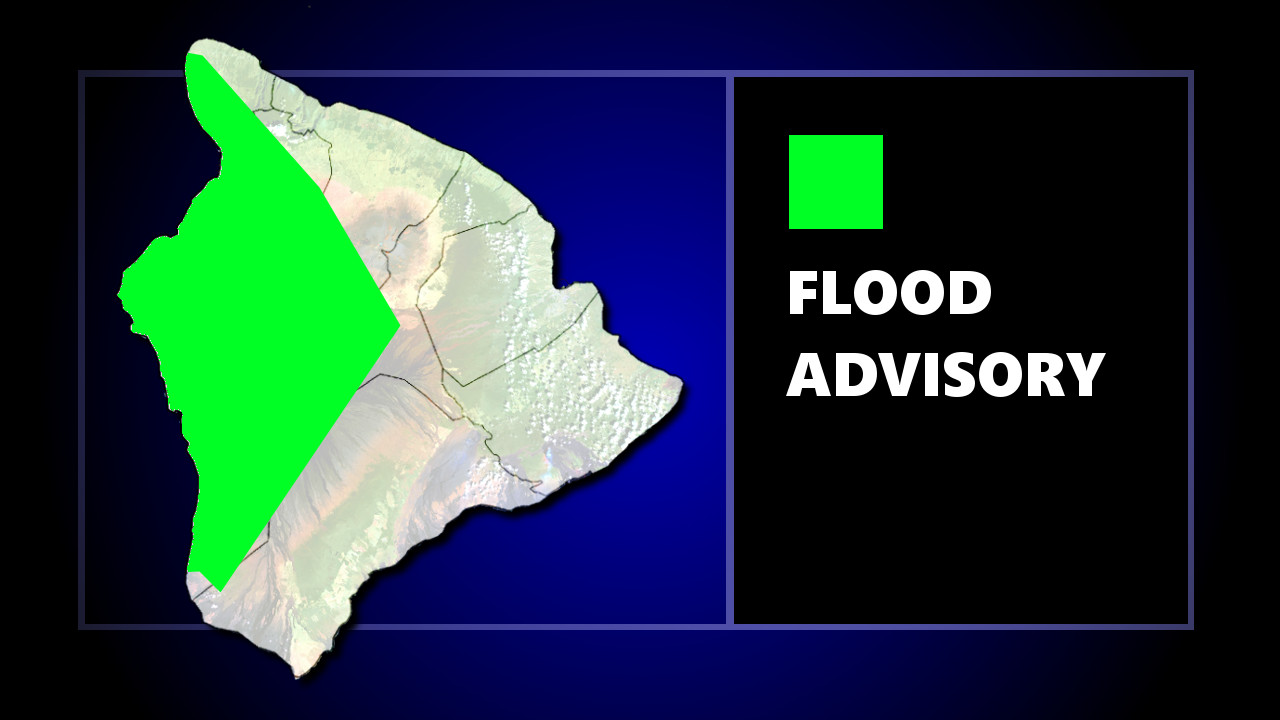 (BIVN) – The National Weather Service in Honolulu has issued a Flood Advisory for an area of West Hawaiʻi until 6:15 p.m. HST.

“At 3:20 p.m. HST, radar indicated heavy rain falling at rates of 1 to 2 inches per hour along leeward and interior slopes of the Big Island, ” forecasters said. “Additional heavy showers and thunderstorms are expected through the afternoon, leading to ponding on roads, including Mamalahoa Highway and Saddle Road.”

“A weak mid level ridge is hanging on overhead, but an upper level trough centered just northwest of the state is producing enough instability to trigger spotty heavy showers and thunderstorms over leeward and interior slopes of the Big Island and Maui,” the National Weather Service said in a 4 p.m. discussion, adding that the “showers over and just off the Kona coast of the Big Island will likely linger through much of the night.”

According to Hawaiʻi County Civil Defense: