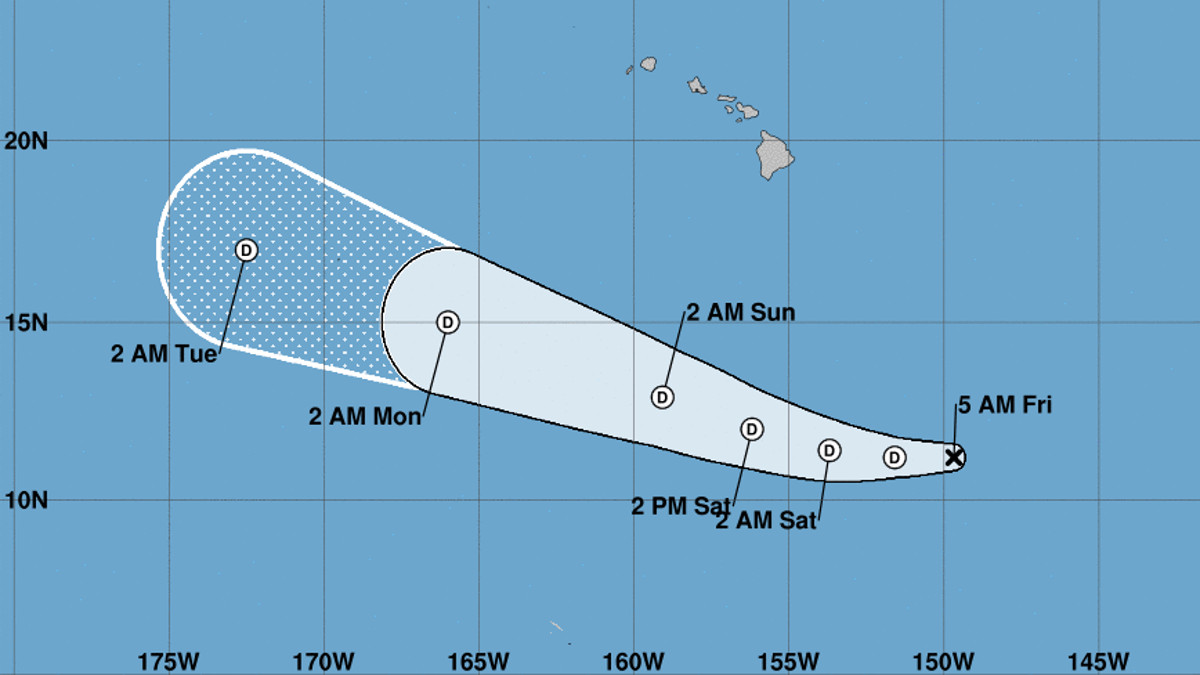 HAWAIʻI ISLAND - Akoni has weakened to a post-tropical remnant low, and will pass far south of Hawaiʻi this weekend, forecasters say.

(BIVN) – Tropical Storm Akoni has fizzled out into a post-tropical remnant low.

“Although showers and thunderstorms continue to pulse near Akoni’s elongated low-level circulation center (LLCC), they have not been sufficiently persistent or organized to continue to classify the system as a tropical cyclone,” wrote the Central Pacific Hurricane Center, “and Akoni is being downgraded to a post-tropical remnant low.”

Maximum sustained winds are near 35 mph with higher gusts. Little change in strength is forecast during the next couple of days, forecasters say.

“Expect breezy winds to continue through Sunday as convection associated with Akoni passes south of the state,” the National Weather Service in Honolulu reported this morning. “The strongest island winds are forecast over the leeward Kohala coast and Kawaihae areas of the Big Island. A wind advisory was issued for these areas starting later this morning. This wind advisory may be expanded in coverage and extended later this weekend as local pressure gradients tighten in response to lower pressure south of the state associated with Akoni’s passage. Local area wind speeds Saturday night and Sunday will be highly dependent upon the intensity and track of Akoni.”