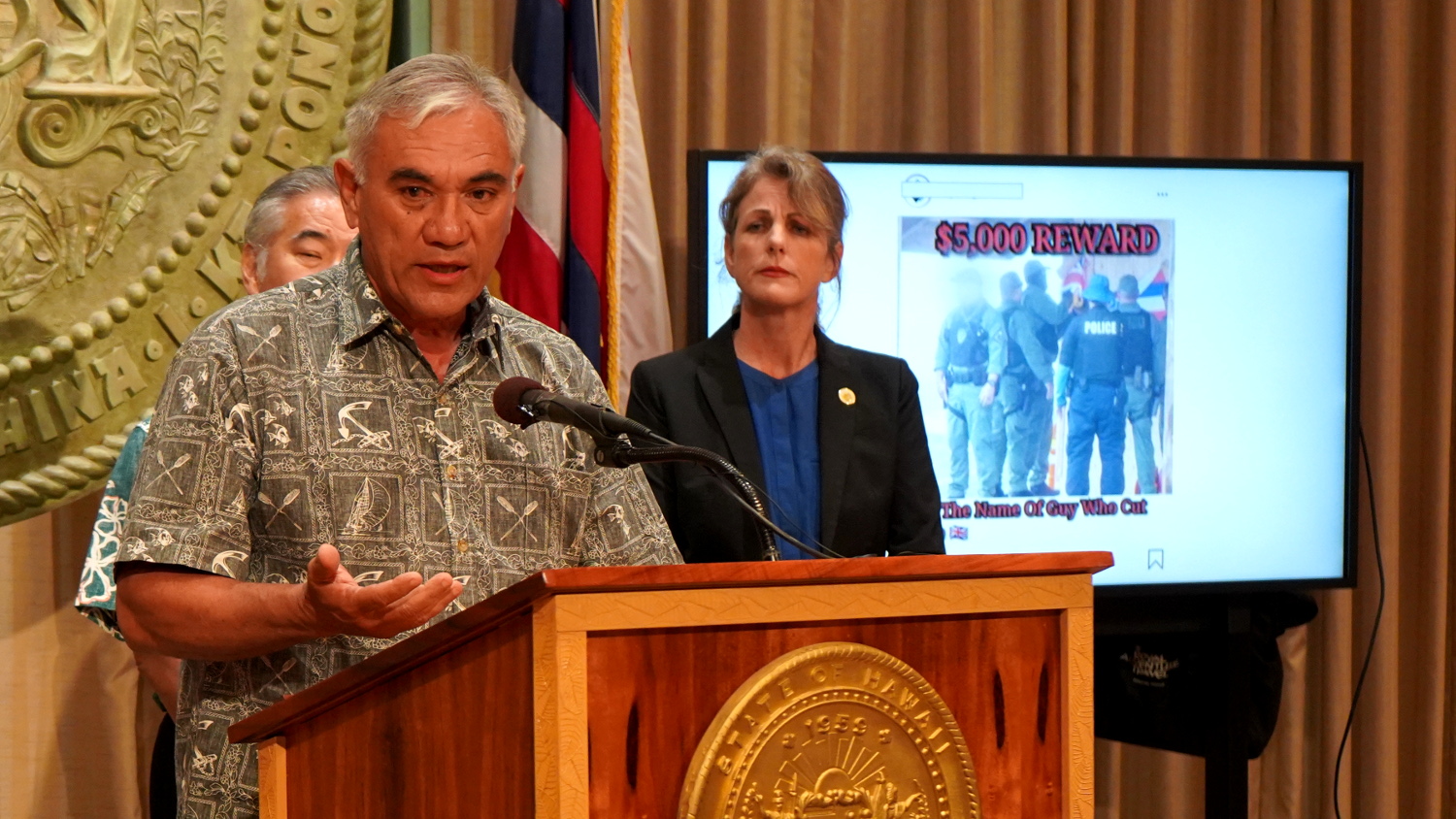 HONOLULU, Hawaiʻi - The Department of Hawaiian Home Lands is requesting to "hire private counsel to advise the Commission on the valuation of compensation through funds and land owed to DHHL, pursuant to Act 14."

(BIVN) – About one week after four Hawaiian beneficiaries and opponents of the Thirty Meter Telescope project gave notice that they intend to sue over an alleged breach of trust over the Mauna Kea Access Road, the Department of Hawaiian Home Lands is seeking private counsel.

In a media release issued on Friday, DHHL provided a statement on a request to hire private counsel to advise the Commission on the valuation of compensation through funds and land owed to DHHL, pursuant to Act 14.

The state previously stated that Act 14, signed into law in 1995, “resolved all claims concerning the use of Hawaiian home lands for public roads and highways built before and after statehood,” including the Mauna Kea Access Road. The state says the road is now under the control and jurisdiction of the Hawaiʻi Department of Transportation.

The Hawaiʻi DOT closed the road on July 15 in order to facilitate the transport of heavy machinery to the summit area of Mauna Kea to start construction on the Thirty Meter Telescope. However, opponents of the project took control of the base of the road and have held the space ever since.

“I have submitted a letter to Hawaii State Attorney General Clare E. Connors requesting that DHHL hire private counsel to advise the Hawaiian Homes Commission (HHC) on the valuation of compensation through funds and land owed to DHHL, pursuant to Act 14. The private counsel will assist the HHC in carrying out the purpose of the Hawaiian Homes Commission Act solely in the interests of Hawaiian home lands trust beneficiaries.

“The HCC was briefed by DHHL staff in January 2019 on the background of Act 14 (1995) and the status of outstanding issues, which include the transfer of over 1,328 acres into DHHL’s inventory. Resolving these issues is in the best interest of beneficiaries and the trust

“In furtherance of Governor David Ige’s commitment to finalizing the resolution of this matter, DHHL, the Department of Land and Natural Resources, and the Attorney General continue to work towards this goal.”

In 1995, with the passage of Act 14, the State of Hawai‘i pledged to enter into land exchanges to compensate the HHCA trust for 346 acres of land, which it, through its various agents, illegally took. Despite this enactment, responsible officials from the DOT, DLNR, Office of the Governor, and the DAG failed to initiate those land exchanges. Moreover, they failed to undergo the procedures mandated under 43 CFR Part 47 to seek the approval of the U.S. Secretary of Interior, pursuant to HHCA §204. These omissions not only deprived, for the past 24 years, the HHCA trust res of these lands improperly, they also resulted in the deprivation of compensation for use of these lands. The historic failing to fund, or to under-fund, the administration and homestead programs of the HHCA for most of the period following statehood in 1959 have only compounded these deprivations of compensation for illegal taking of HHCA trust properties. Haw. Admission Act, §4; Haw. Const., Art. XIl, §1.