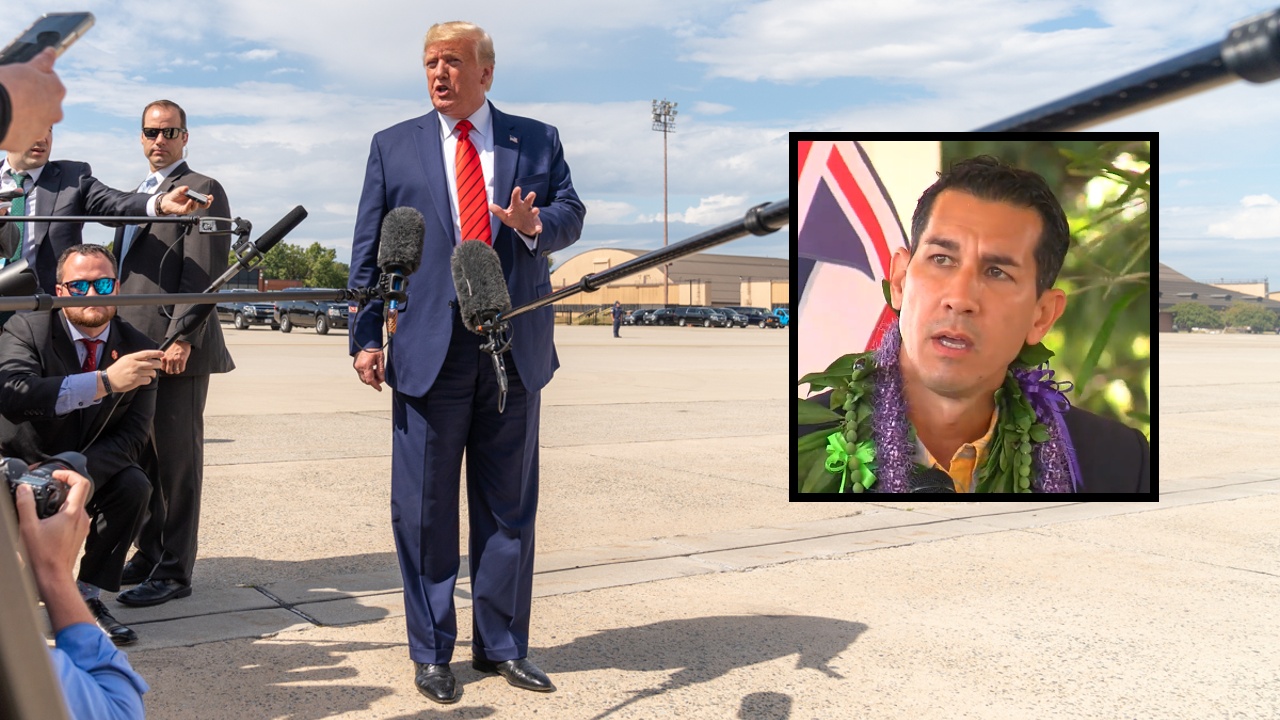 HAWAIʻI ISLAND - A candidate for Hawaiʻi’s 2nd Congressional District, Kahele says he supports an official impeachment inquiry, unlike the Representative who currently holds the seat.

NOTE: After Kahele’s statement was released and Big Island Video News published this article, Rep. Gabbard issued a media release (Sept. 27) saying that she has changed her position, and that she now speaks “in support of the inquiry into the President’s alleged abuse of power in relation to his interactions with Ukraine’s leaders.”

(BIVN) – Hilo’s State Senator Kai Kahele, a democratic candidate for the U.S. House of Representatives, says he stands with three of Hawaiʻi’s four Congressional delegates in support of an impeachment inquiry of President Trump.

Kahele is seeking Hawaiʻi’s 2nd Congressional District in the 2020 election. That seat is held by Rep. Tulsi Gabbard, who presently has her sights set on becoming the next president of the United States. Gabbard has stated that she thinks impeachment “would be terribly divisive” for America.

“I stand with Hawaiʻi leaders Senator Brian Schatz, Senator Mazie Hirono and Representative Ed Case and support their decision of an official impeachment inquiry,” Kahele said in a Thursday statement. “I also applaud House Speaker Nancy Pelosi for taking the first step to hold the President accountable for his corrupt actions and reckless behavior. The President’s abuse of power has compromised the integrity of our democracy and put our national security and election security at risk. Now is the time for Congress to fulfill its constitutional duty to serve as a check and balance on this administration.”

Kahele did not name Gabbard in his statement, nor did he mention her name in a tweet posted the same day, that got even more to the point.

“It baffles me that any responsible Member of Congress who has taken the time to read & process the Mueller Report, the Ukraine call memo and the whistle-blower’s report can still be opposed to opening an impeachment inquiry,” Kahele tweeted.

“I think Congress needs to exercise oversight over the information that’s been leaked,” Gabbard told CNN recently. “I think its important that this transcript be released to Congress, so Congress can do its job. But I think the question of impeachment would further tear apart an already divided country.”

“I think its important that Donald Trump is defeated,” Gabbard said. “I believe I can defeat him in 2020.”