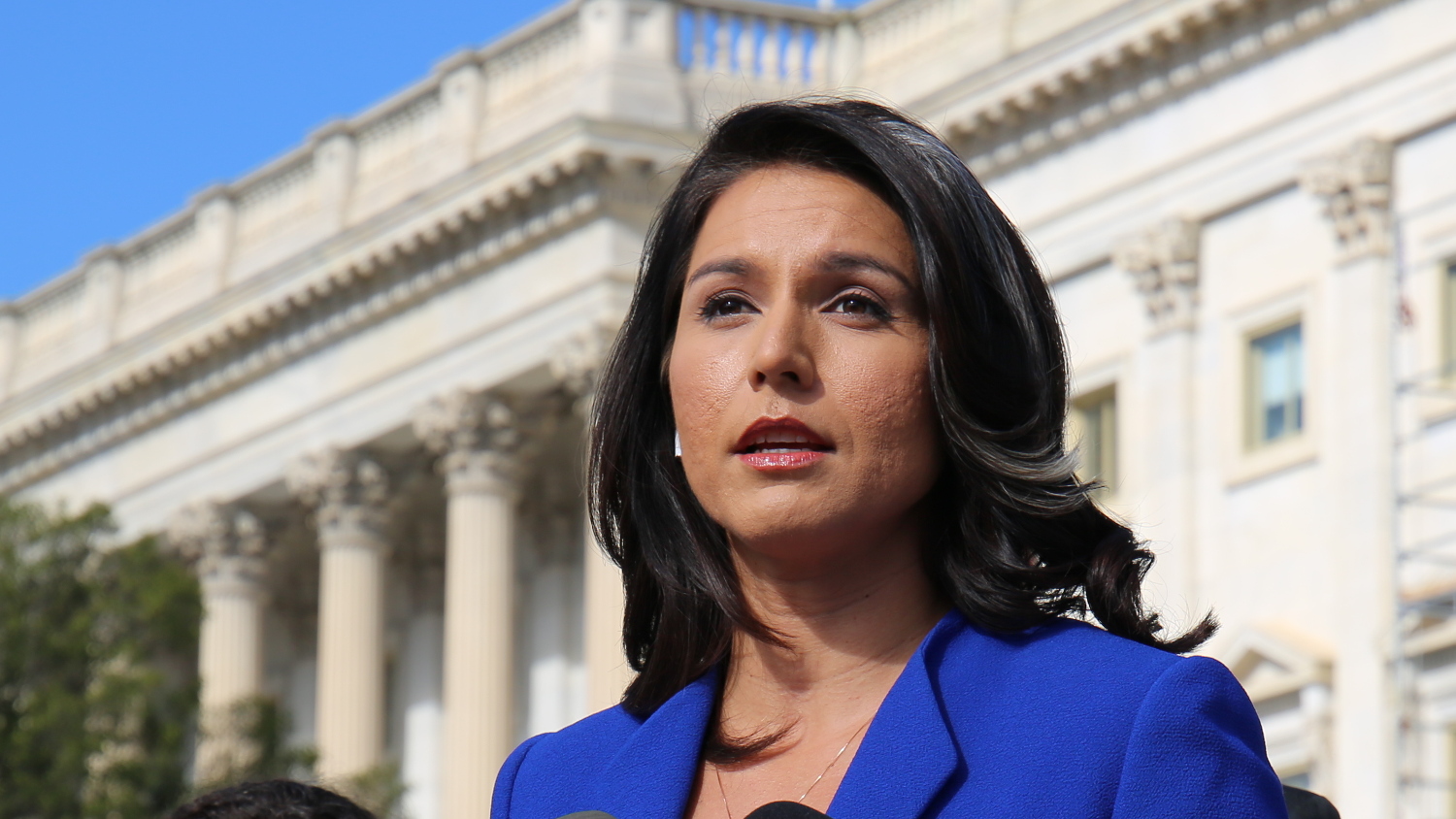 WASHINGTON D.C. - After initially saying the impeachment inquiry into President Trump would be too divisive for America, the Hawaiʻi congresswoman has changed her position.

(BIVN) – Hawaiʻi Congresswoman and presidential hopeful Tulsi Gabbard (D) has changed her position on the impeachment inquiry into President Donald Trump, and on Friday issued a statement saying she now supports the process.

Initially, Gabbard said pursuing impeachment against President Trump “would be terribly divisive” for America,  and stood apart from the other three members of Hawaiʻi congressional delegation, Senators Mazie Hirono (D) and Brian Schatz (D), and Congressman Ed Case (D), all of whom support the inquiry.

On Thursday, the Hawaiʻi State Senator Kai Kahele (D) – a candidate for the 2nd Congressional District seat held by Rep. Gabbard – released a statement in support of the impeachment inquiry.

“Up to this point, I have been opposed to pursuing impeachment because it will further divide our already badly divided country.

“However, after looking carefully at the transcript of the conversation with Ukraine’s President, the whistleblower complaint, the Inspector General memo, and President Trump’s comments about the issue, unfortunately, I believe that if we do not proceed with the inquiry, it will set a very dangerous precedent. Future presidents, as well as anyone in positions of power in the government, will conclude that they can abuse their position for personal gain, without fear of accountability or consequences.

“If we allow the President to abuse his or her power, then our society will rot from top to bottom. We will turn into a banana republic, where people in positions of power—from the president all the way down to the traffic cop—will feel it’s okay to abuse their power with no consequences.

“This is not the kind of country that any of us want to see.

“So it is unfortunate, but necessary, that I speak in support of the inquiry into the President’s alleged abuse of power in relation to his interactions with Ukraine’s leaders. This inquiry must be swift, thorough, and narrowly-focused. It cannot be turned into a long, protracted partisan circus that will further divide our country and undermine our democracy.”