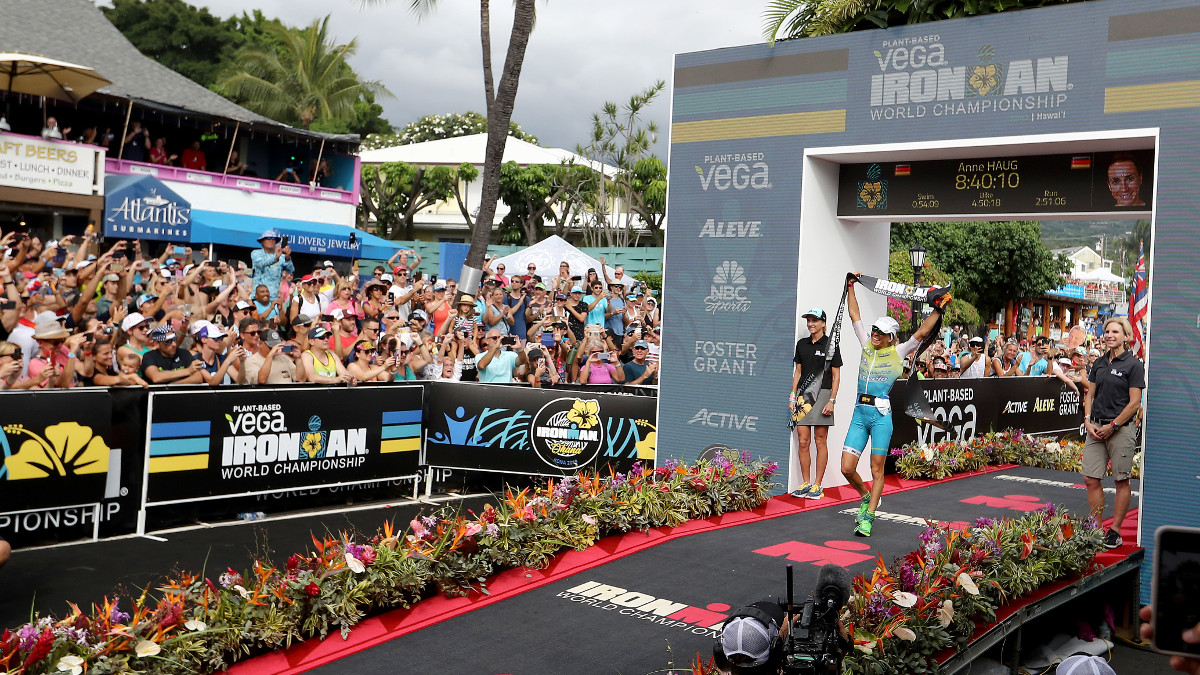 KAILUA-KONA, Hawaiʻi - German Anne Haug dethroned the four-time defending champion, Daniela Ryf, who had not lost an IRONMAN since 2016.

Video by IRONMAN Triathlon, published to YouTube on October 13, 2019w.

(BIVN) – The 2019 Vega IRONMAN World Championship in Kailua-Kona saw the first German woman to win the title, as Anne Haug finished the race in 8 hours and 40 minutes. Race organizers recap:

There were no swim course records set today in choppy Kailua-Bay, but Great Britain’s Lucy Charles-Barclay and her fellow super-swimmer Lauren Brandon led the women’s field out of the water with a luxurious five-minute cushion. Americans Jennifer Spieldenner, Jocelyn McCauley and Sarah True were next onto the pier leading out a group that included Sarah Crowley (AUS and Anne Haug.

Launching a swim/bike lead that rarely happens in this race, Charles-Barclay held strong for the course of the windy bike ride, extending her gap to over seven minutes by the time she hit the second transition. Haug, Crowley, Imogen Simmonds (GBR), and Daniela Bleymehl (DEU) pushed the chase pack, with four-time defending champion Daniela Ryf suffering a tough day on the bike and unable to undo her swim deficit.

Out onto the HOKA ONE ONE run course, Charles-Barclay enjoyed her lead until The Natural Energy Laboratory of Hawai`i Authority when the IRONMAN Copenhagen champion Anne Haug made the pass that her blistering pace had made inevitable. From that point on, it was all Haug; her 2:51:07 marathon propelled her to victory in only the fourth full IRONMAN race of her career. She broke the tape in 8:40:10, making it a double for Germany on the day and a first in the women’s race.

“The whole run felt pretty amazing. I just concentrated on myself and tried not to over pace. It worked pretty well,” said a smiling Haug at the finish line.

“Today was about rolling the dice and seeing what happened. I felt like the island was tough on me, but I’m super proud to get second,” said Charles-Barclay. 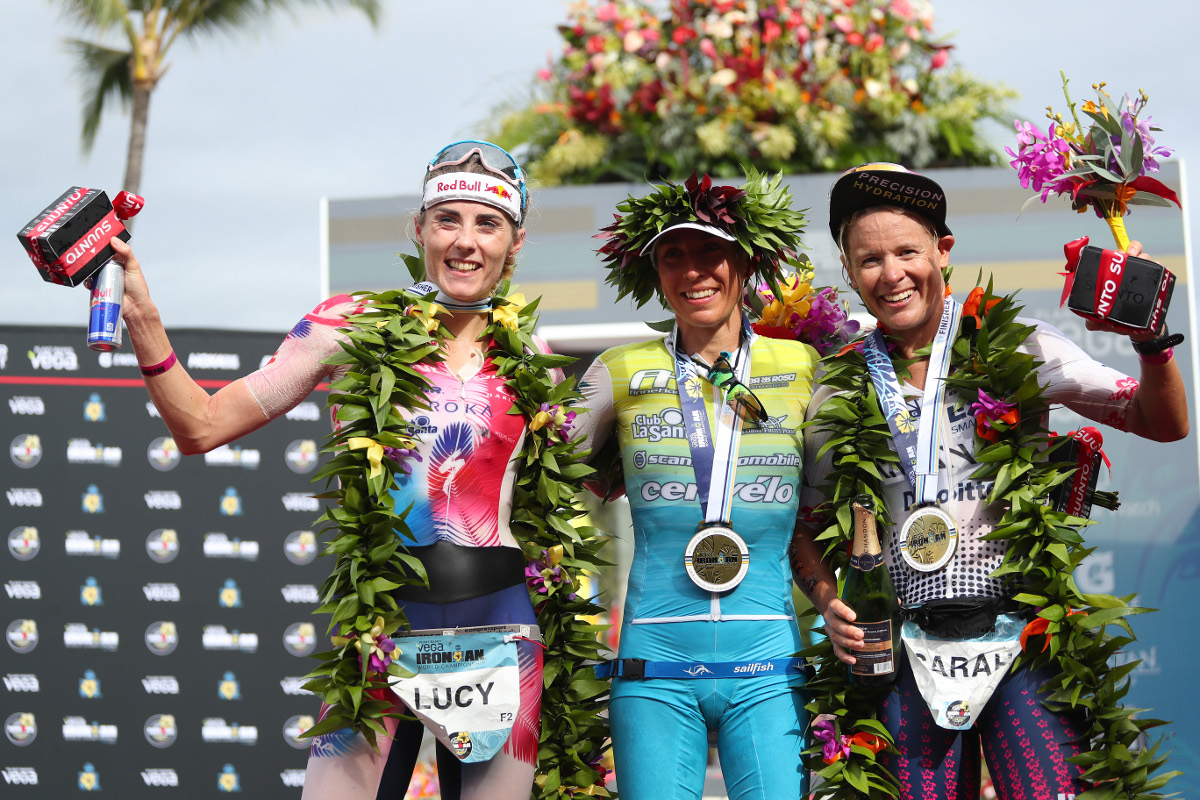