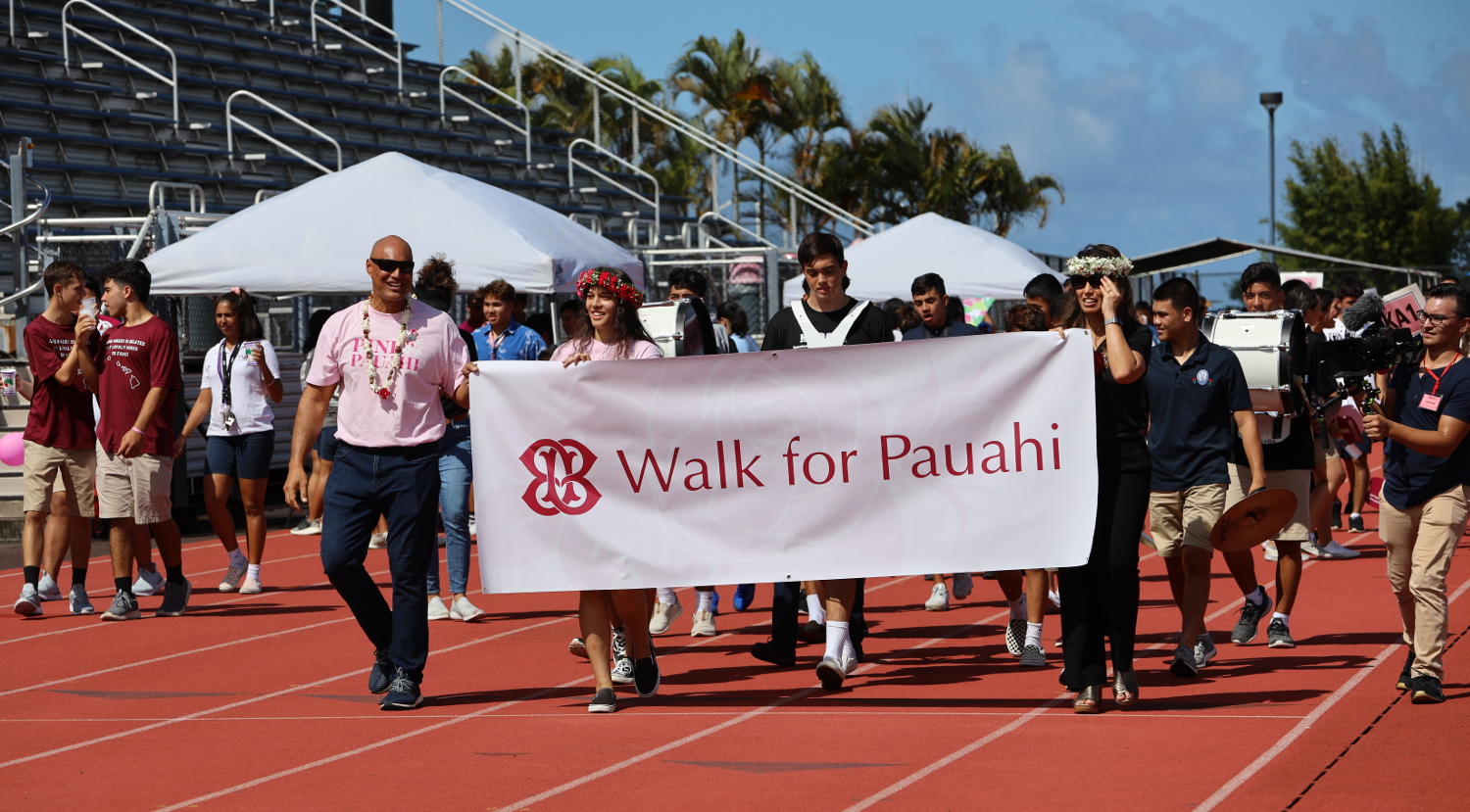 Employees and alumni joined in the tribute at offices and resource centers statewide.

According to school officials, “Native Hawaiian women have the highest breast cancer mortality rate, according to the Native Hawaiian Cancer Network. Cancer in all its forms is the leading cause of death for Hawaiian women, and the second leading cause of death for Hawaiian men. Hawaiians also have the highest cancer mortality rates among the five major ethnic groups in Hawai‘i.”