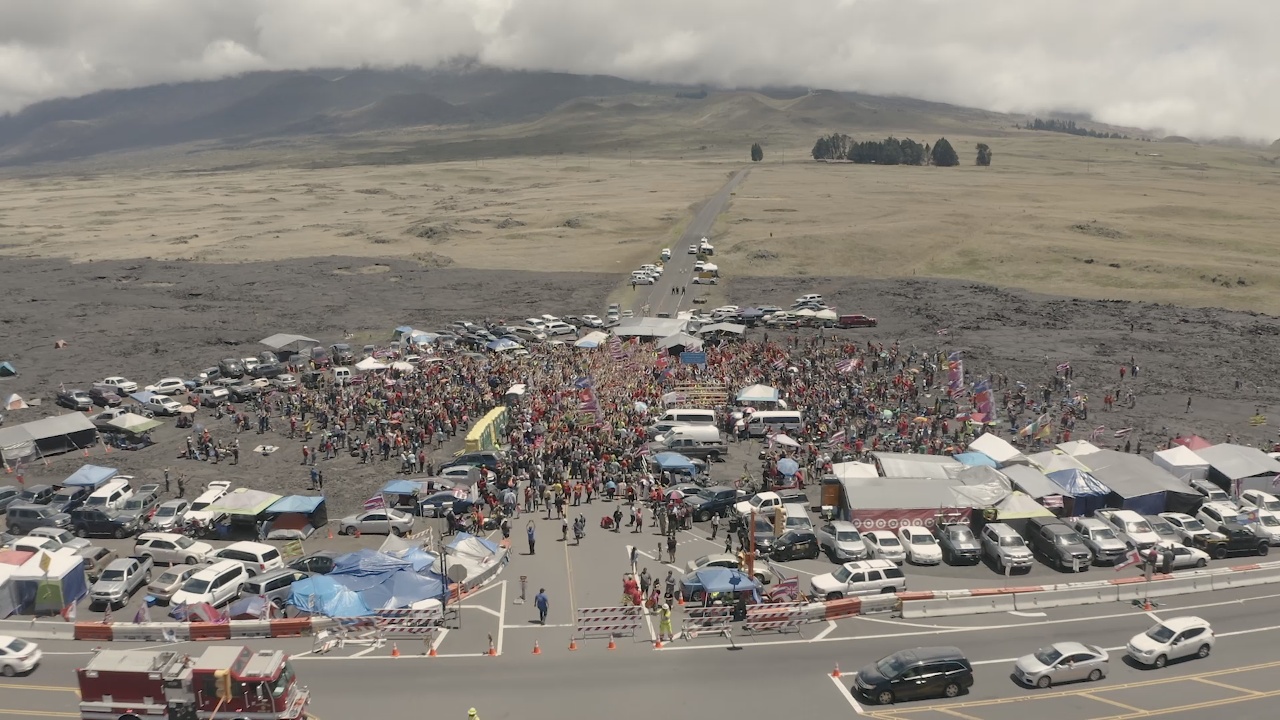 image from video provided by Kanaeokana

HILO, Hawaiʻi - A discussion on Act 14, which directly relates to the Mauna Kea Access Road disagreement, is on the agenda when the commission meets Monday.

(BIVN) – The debate over the Mauna Kea Access Road is likely to be brought up at this week’s Hawaiian Homes meetings in Hilo.

The Hawaiian Homes Commission will hold its annual East Hawaiʻi meeting on Monday and Tuesday, October 21 and 22, at the Grand Naniloa Hotel.

On the agenda (C-3) is a workshop discussing the appointment of an investigative committee to “review the selection criteria, potential candidates, and other issues related to the retention of private counsel for matters related to Act 14 (1995).”

The state previously stated that Act 14, signed into law in 1995, “resolved all claims concerning the use of Hawaiian home lands for public roads and highways built before and after statehood,” including the Mauna Kea Access Road. The state says the road is now under the control and jurisdiction of the Hawaiʻi Department of Transportation.

The Hawaiʻi DOT closed the road on July 15 in order to facilitate the transport of heavy machinery to the summit area of Mauna Kea to start construction on the Thirty Meter Telescope. However, opponents of the project took control of the base of the road and have held the space ever since.

On September 14, one week after four Hawaiian beneficiaries and opponents of the Thirty Meter Telescope project gave notice that they intend to sue over an alleged breach of trust over the Mauna Kea Access Road, the Department of Hawaiian Home Lands announced it would be seeking private counsel to “advise the Commission on the valuation of compensation through funds and land owed to DHHL, pursuant to Act 14.”

On Sunday, as the kiaʻi marked Lā 100 – one hundred days since they began the current stand on the alanui against the Thirty Meter Telescope. The day before, as part of the ongoing classes held at the Puʻuhonua o Puʻuhuluhulu University, Edward Halealoha Ayau talked about “preparing to testify before the Hawaiian Homes Commission”. Ayau is one of the four beneficiaries who signed the notice of intent to sue over the Mauna Kea Access Road issue. Ayau also addressed the Office of Hawaiian Affairs about the disputed roadway at a recent meeting in Hilo.