HAWAIʻI VOLCANOES NATIONAL PARK - Scientists have released another set of images, tracking the growing crater lake at the bottom of the collapsed Halemaʻumaʻu crater. 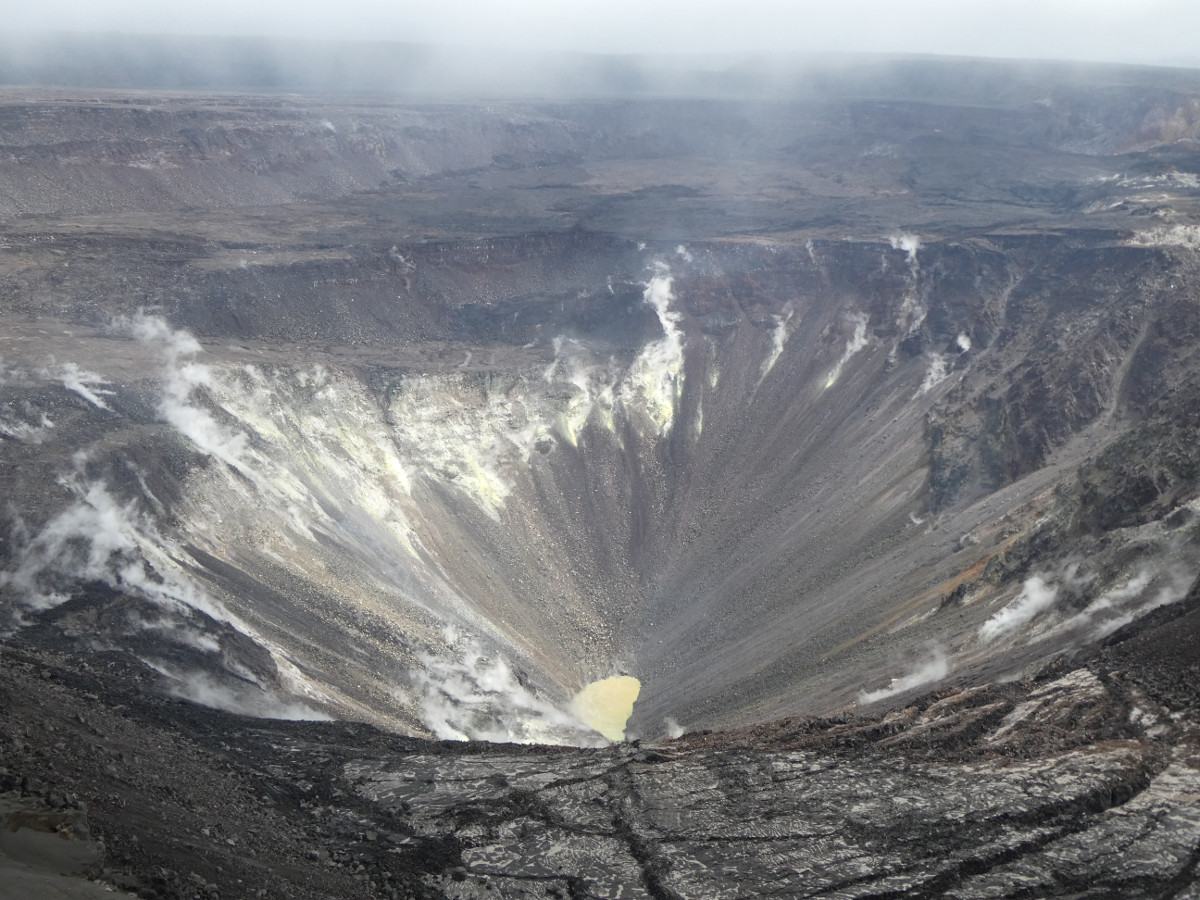 A wide view of Halema‘uma‘u from the western rim of Kīlauea caldera, showing the size of the water pond relative to the crater. USGS photo by M. Patrick.

(BIVN) – The Kīlauea summit crater lake continues to rise and enlarge at the bottom of Halemaʻumaʻu.

On October 19, the water level was measured as being 608 meters, or 1,995 feet, below the observation site.

A timelapse video recorded by Patrick on October 20 shows the motion of the water surface at the crater lake. “Along the shoreline, areas of apparent water influx are visible, often with a slightly greener color,” USGS HVO wrote in a caption for the video. “Shifting steam on the surface attests to the high temperature of the water and the winds at the bottom of the crater. The contrast has been enhanced to highlight the surface motion.”

“Definitely, in the past 200 years, we haven’t seen activity like this,” Patrick said in a recent USGS video about the water. “So we’re keeping a close eye on this and really looking for any kind of signs that might be potential precursors for larger scale activity in the future. Inflation that would indicate magma rising, or seismic activity that would indicate unrest in the deeper magmatic system. It is possible – and this has happened at other volcanic lakes – that small explosions have occurred with little or no warning. But again, those are most likely events that would just impact the immediate caldera area.”

Kīlauea Volcano is not erupting. USGS HVO says “monitoring data continue to show steady rates of seismicity and ground deformation, low rates of sulfur dioxide emission, and only minor geologic changes since the end of eruptive activity in September 2018.” 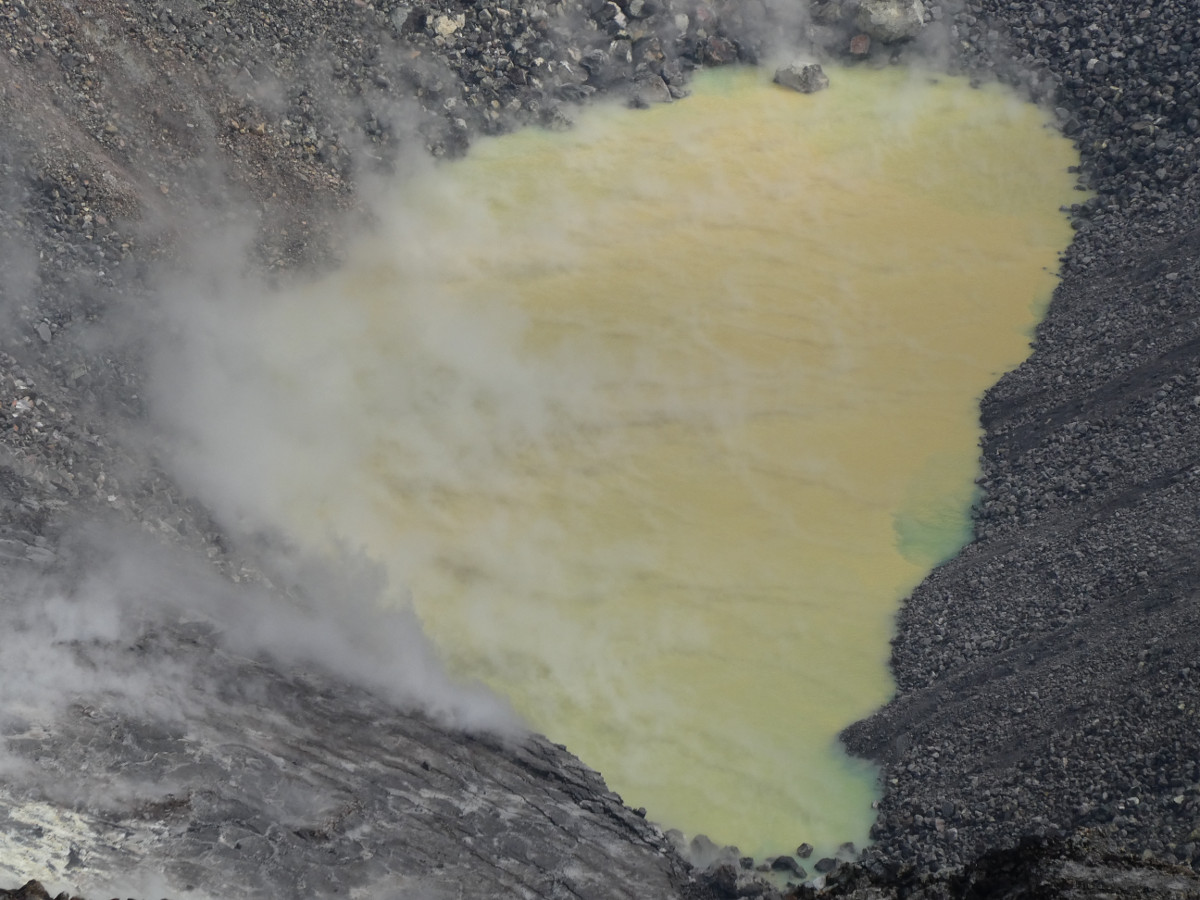 A closer look at the water surface. USGS photo by M. Patrick.