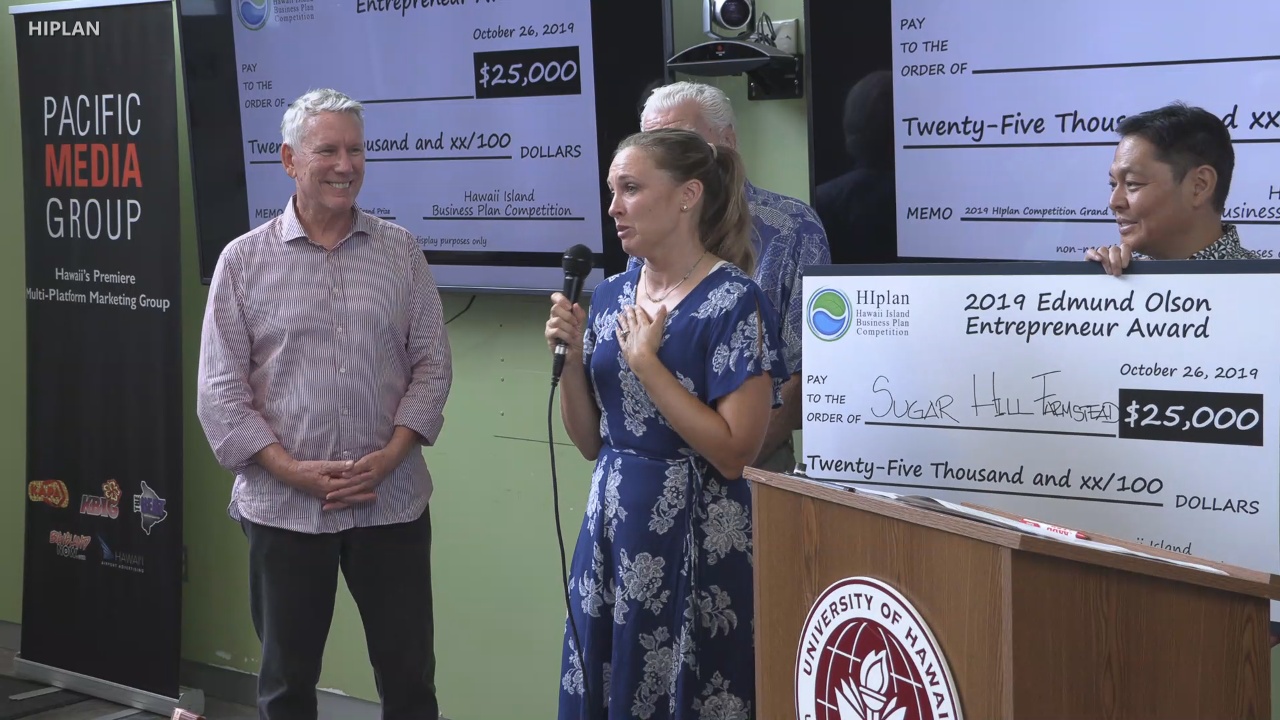 Brittany Anderson, the entrepreneur behind Sugar Hill, stood out among the other finalists, in the contest “designed to stimulate development of an entrepreneurial ecosystem on Hawaii Island”, organizers say.

“I still can’t believe it,” said Anderson after her win.

“My business plan is for a meat CSA, distributing local, pasture-raised produce – mostly meats – and delivering it to people’s homes,” Anderson said. “I don’t think I really sold my business, I think the business really sold itself. It’s a great concept.”

“Our winner clearly is helping to meet a need on our island that would transform the way that we consume, how we relate to our food, on Island,” said Alapaki Nahale-a, one of the competition judges. “I think that was pretty pretty outstanding.”

According to the event organizers:

The HIplan competition is conducted in three rounds. Round 1 was submission of a 7-page business plan based on the HIplan template. The plans were reviewed by a team of judges and the top 15 plans moved forward to Round 2, which involved a 12-minute live presentation before judges. The top 8 plans moved on to the third and final round. HIplan’s Hawaii Island Business Competition finals is free to attend and open to the public. It is sponsored by the Edmund C. Olson Trust II, University of Hawaii at Hilo, Hawaii Community College, Hawaii Island Chamber of Commerce, Ulupono Initiative, Pacific Media Group, and the County of Hawaii. 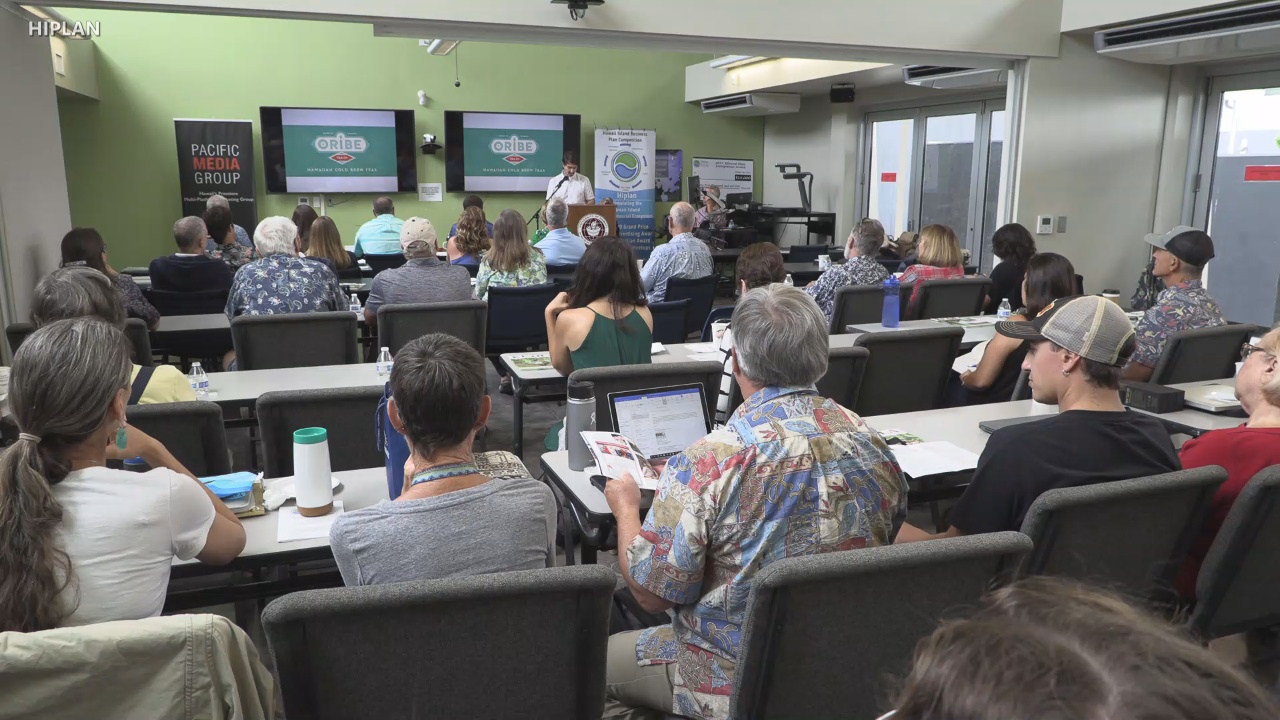 “The process is really what’s special,” said organizer Jim Wyban. “They go through and learn how to organize their thoughts into a coherent business plan, with a lot of feedback from us. Then, in a lot of practice sessions, they learn how to communicate clearly. I’ve seen people who have gone from barely able to talk about their business plan, to suddenly get up here and give a two-minute pitch that just knock your socks off.”