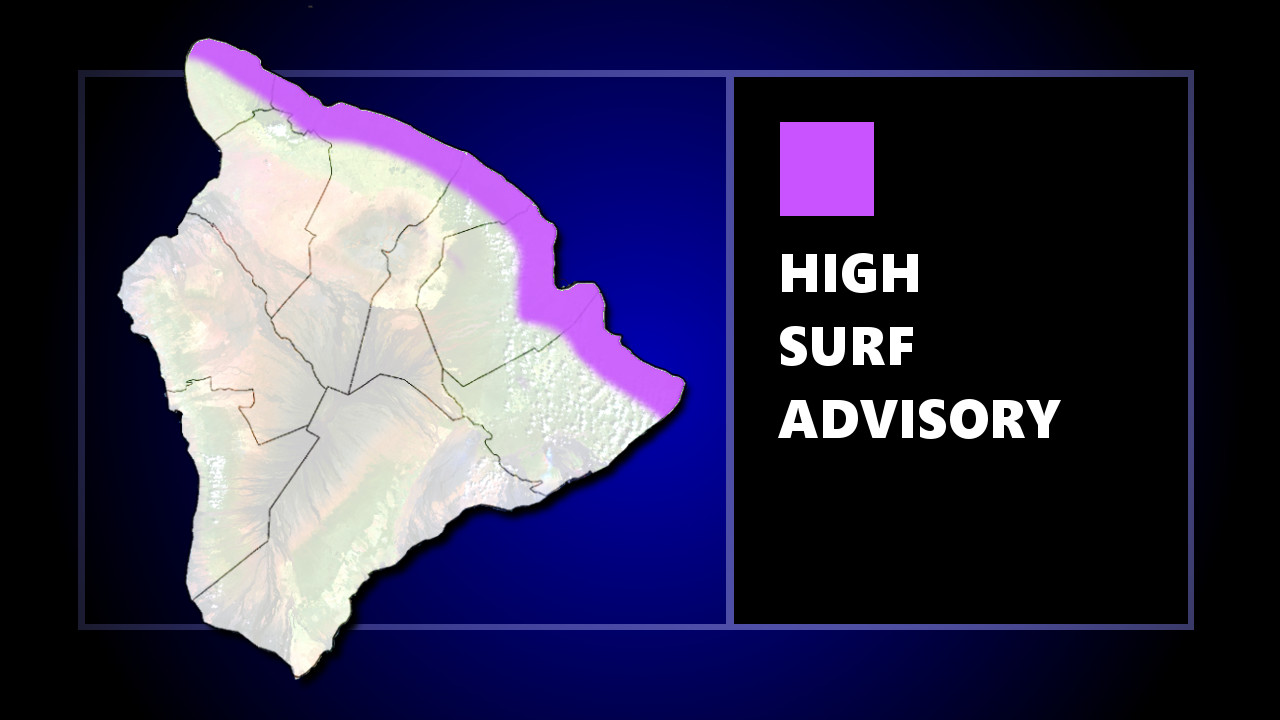 (BIVN) – The National Weather Service in Honolulu has issued a High Surf Advisory for north facing shores of the Big Island, primarily along the Hamakua coast, which is in effect until 6 a.m. HST Tuesday.

Larger surf is expected for Kauai, Oʻahu, and Maui.

“This swell is expected to peak this afternoon and tonight, and then slowly subside through the end of the work week, likely dropping below advisory levels sometime on Wednesday,” the National Weather Service wrote early this morning. “Additional local impacts may be experienced from this swell tonight, as the peak of the swell will coincides with the new moon high tide.”